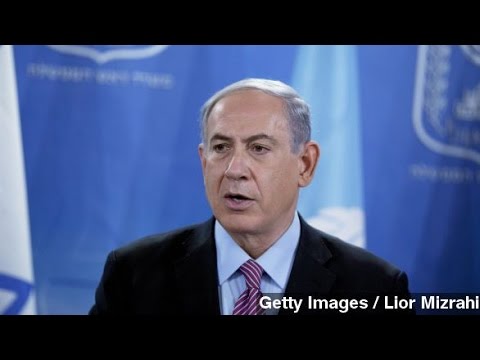 The Guardian reports that

“A controversial bill that officially defines Israel as the nation-state of the Jewish people has been approved by cabinet despite warnings that the move risks undermining the country’s democratic character.

Opponents, including some cabinet ministers, said the new legislation defined reserved “national rights” for Jews only and not for its minorities, and rights groups condemned it as racist.

The bill, which is intended to become part of Israel’s basic laws, would recognise Israel’s Jewish character, institutionalise Jewish law as an inspiration for legislation and delist Arabic as a second official language.”

Netanyahu’s measure is much worse than that of Mississippi fundamentalists who want to declare Mississippi a principally Christian state and want to celebrate the white-supremacist Confederacy as part of the state’s heritage.

I wrote earlier of this kind of development when Israeli Prime Minister Binyamin Netanyahu was planning it out:

Saying Israel is a “Jewish” state in the sense of race would be analogous to insisting that the US is a “white” state and defining Latinos as “brown.”

And saying Israel is a Jewish state in the sense of observant believers would be like asserting that the United States is a Christian state even though about 22% of the population does not identify as Christian (roughly the same proportion as non-Jews in Israel). The point of the US first amendment is to forbid the state to to “establish” a religion, i.e. to recognize it as a state religion with privileges (the colonists had had bad experiences with Anglicanism in this regard). While we can’t stop other countries from establishing state religions, we Americans don’t approve of it and won’t give our blessing to it, as Netanyahu seems to want. In fact our annual State Department human rights report downgrades countries that don’t separate religion and state.

While some countries have a state or official religion, that is different from what Netanyahu is demanding. Argentina’s constitution says Roman Catholicism is the state religion. But Argentina is not a “Catholic state” either in the sense of being mainly for people of Catholic religious faith (only 20% of Argentines are observant) or for being for persons descended from traditionally Catholic populations. Indeed, Argentina has about half a million Muslims, who are not discriminated against in Argentine law the way Palestinian-Israelis are discriminated against (their villages not ‘recognized’) in Israel. Anyway, as I said, in the U.S. we don’t approve of that part of the Argentine constitution. If all Netanyahu wanted was that Judaism be the ‘state religion’ of Israel, that could surely be achieved by a simple vote of the Knesset. He wants something much more, something that requires that outsiders assent to it.

Netanyahu’s demand is either racist or fundamentalist and is objectionable from an American point of view on human rights grounds either way (and I’m not just talking about the human rights of Palestinian-Israelis).”

Elsewhere I pointed out that Israel is moving in the opposite direction from Morocco, Tunisia and other more successful Middle Eastern states, which have new constitutions affirming citizen equality and freedom of conscience and avoiding specifying Islamic law (sharia) as the main source for law, in the way this new Israeli measure specifies Jewish law (halakha) as the inspiration for Israeli legislation. Netanyahu’s Israel looks more and more like the Muslim Brotherhood Egypt of now-deposed President Muhammad Morsi.

“Netanyahu is also moving in the opposite direction from the more positive developments in the Middle East itself. Iraq’s old Baathist Arab nationalism (qawmiya) had racialized Arabness (which is really just a linguistic group) and had excluded the Kurds, who speak an Indo-European language, from full membership in the Iraqi nation. Interestingly, many Arabic-language news items on Netanyahus speech translate his use of “national” by the Arabic qawmiya, which has overtones of extremist nationalism of a racist sort. The new Iraqi constitution rejects that kind of racist nationalism. It recognizes Kurdish as a national official language (and Turkmen and Aramaic as provincial ones). Without denying the Arab or Muslim identity of the majority, it recognizes the right of the minorities to their own ethnic identities within the nation. It doesn’t say that Iraq is only a homeland for the Arab-Shiite majority.

And Morocco suffered deep political divisions between its Arab majority and Berber/ Amazigh minority in earlier decades. But its new constitution finally recognizes Berber/ Amazigh as an official language and celebrates Amazigh identity as one of the key heritages of all Moroccans, including Arabic speakers. The constitution does say that Islam is the religion of state, while guaranteeing freedom of belief and religion to the country’s Jews and adds:

… the Kingdom of Morocco intends to preserve, in its plenitude and its diversity, its one and indivisible national identity. Its unity, is forged by the melting together of its Arab-Islamic, Berber [amazigh] and Saharan-Hassanic components, nourished and enriched by its African, Andalusian, Hebraic and Mediterranean influences.”

So could we really expect Netanyahu to say that Judaism is the religion of the Israeli state and that:

… Israel intends to preserve, in its plenitude and its diversity, its one and indivisible national identity. Its unity is forged by the melting together of its Jewish and Palestinian components, nourished and enriched by its Hebraic, Arab and Mediterranean influences.”

No. Netanyahu is talking of an indivisible national identity, but its unity is achieved by exclusion, not by melting and inclusion. He does not celebrate Israel’s Arab heritage, but wants to exclude it from any claim on the national homeland, wants to make it lesser. (Arabic is an official language of Israel, but Netanyahu’s rejection of the idea of a binational state makes it clear he thinks it is very much a de facto and unfortunate component of Israel, not something to be celebrated).

“Yesterday Prime Minister Binyamin Netanyahu explained why he is promoting a new Basic Law: ‘The Nation State of the Jewish People’: ‘Israel’s status as the nation-state of the Jewish people is not given sufficient expression in our Basic Laws, and this is what the proposed Basic Law is meant to do’… For 66 years now ‘Israeliness’ has attempted to gain recognition and win independence, and has been rejected repeatedly by the establishment. It has been described as the ‘slivers of people-hood’ whose existence has not been proven, while at the same time, no one seeks to enact a law that will define and protect it. Again and again it is forced to bow before its ‘big sister’, the Jewish state… The creation of Israeli literature, Israeli art, Israeli music, Israeli theatre, Israeli humour, Israeli politics, Israeli sports, an Israeli accent, Israeli grief – are these not enough to speak of an ‘Israeli people’…?” [From [Hebrew language] editorial of left-of-centre, independent broadsheet Ha’aretz]. – [Trans. via BBC Monitoring]