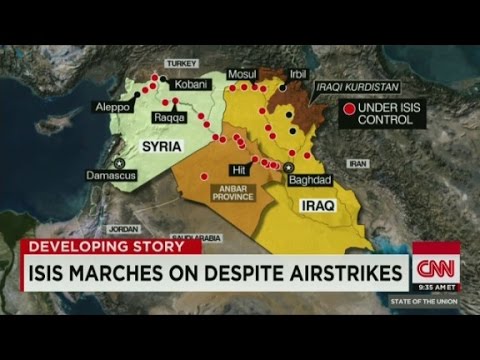 The midterm elections in a president’s second term have historically been a time when the president’s party lost seats in both houses of Congress. Only a little over a third of the electorate typically votes in these elections, and they are disproportionately white, wealthy and elderly. In short, a different country voted in 2014 than had voted in 2012, a deep red country. It is not surprising, then, that the GOP gained control of the Senate.

How could the change affect foreign policy? The president has wide latitude in making foreign policy and even in making war. Nevertheless, Congress is not helpless in that realm. It controls the purse strings via the budget and can forbid the president to spend money on some enterprise (that is how the GOP House blocked the closure of the Guantanamo facility). The Republican majority now does not have to negotiate with Democratic senators in crafting bills, and it can easily attach riders to key pieces of legislation, making it difficult for the president to veto them. That was how Congress made the Obama administration implement the financial blockade of Iran’s petroleum sales, by attaching it to the Defense Bill.

A Republican Congress can also put pressure on the president by allying with powerful lobbies in Washington. Bill Clinton’s 1998 attack on Iraq (Operation Desert Fox) was provoked in part by the Project for a New American Century (mostly made up of out-of-government Neoconservatives and former Reagan-Bush aides) and its Republican allies in Congress. The latter produced the “Iraq Liberation Act”. Clinton may have thought that the 1998 attack was a small bit of propitiation. But the president made the UN weapons inspectors leave Iraq so that he could bomb it, and they never went back in.

Once the West was thus blinded, the Neoconservatives could use their journalists such as Judith Miller to begin planting a narrative of renewed Iraqi unconventional weapons research and development programs. These programs did not exist, but the UN inspectors weren’t on the ground any more to contradict the ridiculous Neocon fairy tales about an imminent Iraqi nuclear bomb or biological weapons labs on Winnebagos on Iraq’s pot-holed streets. In short, by provoking Clinton to even a limited bombing run, the Neoconservatives severed this country from key intelligence that could contradict their war propaganda and so they paved the way to the 2003 war.

Barack Obama was convinced or bamboozled by the Pentagon to do the Afghanistan troop escalation in 2009, and he has conducted drone wars in Afghanistan, Pakistan, Somalia, Yemen and some other countries.

The GOP may see him as not ultimately committed to keeping US troops out of Iraq and Syria, and will almost certainly attempt to force him to put more boots on the ground (John McCain will be chairman of the Armed Services Committee).

If the GOP Senate objected to the withdrawal from Afghanistan, it could refuse to fund it (getting out will be expensive).

And, if Obama manages a breakthrough in negotiations with Iran that requires a reduction in US economic sanctions, the Republican House might be able to find ways to block that reduction, so as to go back on a war footing with Iran (war is good for the arms industry, which funds a lot of congressional campaigns).