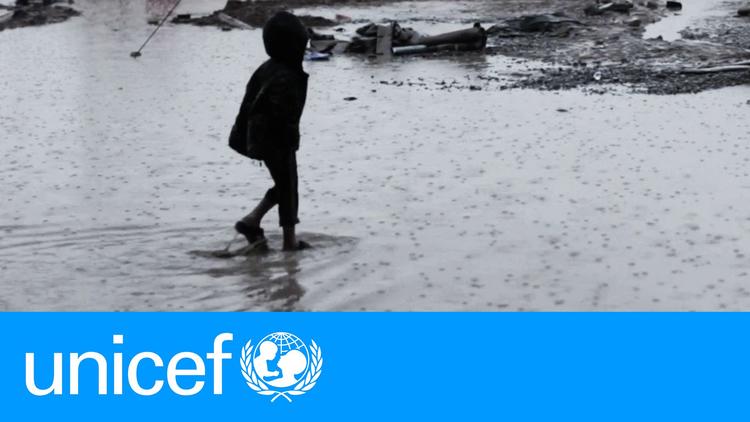 JURF-AL-SAKHAR/DUBAI (IRIN) | — November is usually a busy month for farmers in the Iraqi town of Jurf al-Sakhar as they sow their seeds ahead of the bitter winter months. Yet this year fields lie unplanted and untethered goats and cows wander aimlessly among slayed palm trees.

Months of fighting have taken a heavy toll on the town, 60km south of Baghdad in Babil Governorate, leaving buildings in ruin and fields flooded or scorched – in many cases both.

The area has a ghostly emptiness. Although it was reclaimed from Islamist militants by Iraqi security forces in late October, many displaced residents have stayed away due to fears of landmines and other explosive remnants of war.

“I have lost everything,” Salih Al-Janabi, 56, a farmer from the area now based in neighbouring Musayib District, told IRIN. “I grew up on my farm, it is a part of my family. My palm trees were my children and now I don’t know when I can even go back.”

Across the country as the group calling itself Islamic State (IS) continues to hold large swathes of territory across central and northern Iraq, concern is growing not just about farmers’ lost livelihoods, but also the impact that uncollected harvests and the lack of winter planting will have on Iraq’s food security into next year and beyond.

“It is very difficult to make an estimation of how much farm land has been affected by this,” explained Alfredo Impiglia, the UN Food and Agriculture Organization (FAO) emergency coordinator in Iraq.

“The situation is very dynamic. One day you have access to an area, the next day you can’t reach it any more,” he said.

Many farmers have deserted their land, fleeing both the cruelty of IS, as well as the fighting between militants and various Iraqi government forces, and they now make up some of the 2.1 million people the UN estimates has been displaced since January this year.

But many have also stayed behind and are trying to keep farming against the odds.

Large swathes of the governorates of Nineveh, which includes the city of Mosul, and Saleheddin, in northern Iraq, have been held by IS militants since June. Together the two provinces account for nearly one third of the national wheat and nearly 40 percent of national barley production, according to the Global Information and Early Warning System on Food and Agriculture (GIEWS).

Officials say that a large number of silos – where farmers place their grain to be sold directly to the government at a subsidized rate – in Nineveh and Saleheddin are now in the hands of IS.

According to a statement by Iraq’s agriculture minister, Falah Hassan al-Zeidan, IS has appropriated more than one million tons of wheat and barley – approximately a quarter of overall national output – and taken it across the border to the Syrian cities of Raqqa and Deir al-Zor.

The Iraqi government has shut all its offices in Mosul, making it impossible to administer payments to farmers who had delivered crops to silos before IS’s advance, leaving many out of pocket and unable to afford seeds to plant for next year.

The suspension of government services in Mosul also cuts off farmers from access to centrally-subsidized seeds, fuel and fertilizer – upon which they rely to make harvesting profitable – and that is expected to affect their capacity to plant for the coming season.

In Kirkuk, Mahdi Mubarak, the director of the agricultural directorate in the governorate and a member of the local branch of the Agricultural Engineers Association, said more than 300,000 hectares had been appropriated by militants.

“This is a big loss for our production and this leads to a big impact on the agricultural system and Iraq’s economy,” he said. “Many farmers have been forced to leave their farms, either because of the damage to their lands or because of the lack of supplies, subsidies and government support.”

Omar Jassim Al-Jubori, the owner of a 250-hectare farm on the outskirts of Hawija, in Kirkuk Governorate, told IRIN how IS members were controlling the grain market and forcing farmers to sell at fixed prices, well below the usual government-subsidized rates.

“I usually harvest 1.5 tons of wheat and more than three tons of corn during a season, but I have not been able to plant anything this year,” Al-Jubori said.

“Overall I’ve lost about 350 million IQD [$301,000] because of this invasion. We are suffering a lot. This is the worst ordeal we have ever faced.”

Jane Pearce, World Food Programme (WFP) country director in Iraq, said that while the loss of harvested grain was a big issue in terms of farmers’ livelihoods – agriculture is the second-largest employer and contributes 8 percent to the country’s GDP – it would not have a huge immediate impact on food security, because most of Iraq’s wheat and barley are low-grade and exported for cash.

However, she said: “What we are concerned about are the tomatoes, the cucumbers, the peppers, the aubergines, the fruit and vegetables that these people grow to eat.”

Referring specifically to people living inside IS-controlled areas, she asked: “How are they going to get seeds to plant again for next year? Will they have to rely on imported goods? What is this going to mean for the local economy?”

A reduction in planting could have a negative ecological impact too, she warned.

“If people can remember the 2003 and 2010 dust storms that blighted the entire Middle East, that was partly because there was no planting in Iraq,” Pearce said. “Since then Iraq has managed to get a green belt going again, and that has kept the dust down and stopped the soil from becoming too saline… so there are other impacts of the current situation with IS.”

In Nineveh and Dohuk, FAO assessments have picked up on an increase in cut-price livestock sales, which FAO’s Impiglia said was because farmers were no longer able to afford to feed and vaccinate their animals and were opting to sell them for cash instead.

“Prices are down by as much as 30 percent and we are analysing what implication this may have for food security down the line,” he said. “You can build up grain stock instantly, but animal herds take time to grow and this is something we are quite worried about.”

In an attempt to protect next year’s grain harvest, FAO is working with a number of national and international NGOs, including the UK-based Islamic Relief, to distribute seeds and fertilizer to farmers cut off from their regular government supplies.

Some 20,000 small-scale farmers across Dohuk, Nineveh, Erbil and Diyala will be targeted and a further 7,500 herders will receive animal feed.

FAO also plans to give out vegetable seeds to families living in camps and other settlements in semi-autonomous Kurdistan so they can not only provide food but also generate some money.

In addition, the agency is setting up a “cash-for-work” scheme to create farm jobs for several thousand displaced people to give them income and provide a workforce to do jobs like cleaning out irrigation channels and thus improve the yield on still-functioning farms.

“Vegetables take a short time to grow so within a few months a family can have something to eat as well as something to sell at the local market for an income,” said Impiglia, who called on donors to support medium to long-term projects as well as basic humanitarian food aid.

“Everyone talks about giving out food parcels to IDPs [internally displaced persons], but they are not really thinking about producing food for tomorrow,” he said. “If we don’t plant seeds today, we cannot harvest tomorrow and next year there will be even more of a crisis than what we have today.”

Under the Strategic Response Plan for Iraq, launched in October, FAO appealed for $53million. To date it has received $15million, leaving a shortfall of $38million.