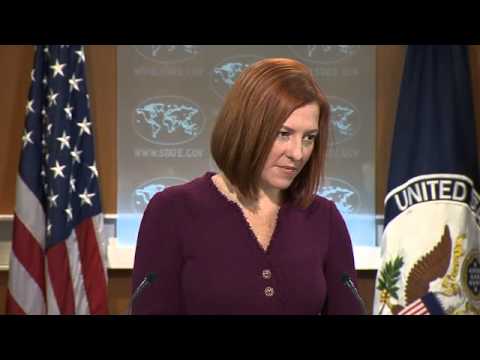 WASHINGTON — Republicans have captured control of the U.S. Senate for the first time in eight years, picking up at least seven seats in the November 4 Congressional elections.

Here is what the shift could mean in the coming months.

Corker and Menendez, who are said to have a good working relationship, have generally agreed more than disagreed on foreign policy matters. They co-sponsored a bill that passed unanimously out of the Senate Foreign Relations Committee slapping more sanctions on Russia and giving more military and nonmilitary aid to Ukraine. They also co-sponsored a bill to arm the Syrian rebels and sanction arms and oil sales to the Assad regime. Menendez and Corker have both said Congress should authorize the Obama administration's campaign against Islamic State (IS) militants in Iraq and Syria. U.S. President Barack Obama said on November 5 that he would "engage" with Congress on the matter.

Corker introduced legislation in July requiring Congressional review of any nuclear deal with Iran within three days of reaching it. He opposes any extensions beyond November 24, the current deadline for Iran and the West to reach an agreement. The Obama administration, however, has reportedly decided to try to sidestep Congress and suspend sanctions if a deal is secured. If such a deal does emerge, it could set up a major confrontation between the administration and Congress.

In Senate hearings, Corker has sharply questioned U.S. Secretary of State John Kerry over the administration's strategy against IS militants.

Menendez has earned praise from Armenian-American groups for his support for formal U.S. recognition of the massacre of Armenians by Ottoman forces during World War I as genocide. Corker, meanwhile, voted against a 2014 resolution introduced by Menendez that commemorates the massacre and criticizes Turkey for denying that it constituted genocide.

McCain is a strong advocate of U.S. military intervention and a persistent critic of U.S. President Barack Obama's foreign policy in Ukraine, Syria, Iraq and elsewhere. Current chairman Carl Levin (Democrat-Michigan), who is retiring, has also broken with the Obama administration by calling for defensive military aid to Ukraine, but is not as vocal a critic on the issue as McCain.

McCain has grilled Pentagon officials at hearings, most recently in September, when he pressed Secretary of Defense Chuck Hagel and Chairman of the Joint Chiefs of Staff Martin Dempsey on whether Washington would back Syrian opposition forces it trained if they were attacked by Bashar al-Assad's forces.

McCain, who has accused Russian President Vladimir Putin of ruling “by corruption, repression and violence,” could also confront officials over what he considers meager U.S. aid to Ukraine and the Obama administration’s insufficiently tough stance against Russia.

Burr is a staunch defender of the CIA, whereas outgoing chairwoman Dianne Feinstein (Democrat-California) has accused the agency of spying on the Senate.

"Dianne may have some problems with it but I think we’ve gotten a full accounting of what happened," he said of the CIA's snooping on Congress, according to Politico.

He also has advocated for greater secrecy with intelligence committee matters, which are already tightly guarded. "I personally don’t believe that anything that goes on in the intelligence committee should ever be discussed publicly," he told reporters in March. "Certainly classified information, it’s breaking the law to discuss that. If I had my way, with the exception of nominees, there would never be a public intelligence hearing."

There has been some speculation that Burr could kill Feinstein's forthcoming release of a report on the CIA's use of torture, but the California Democrat still has two months to release the document before she steps down.