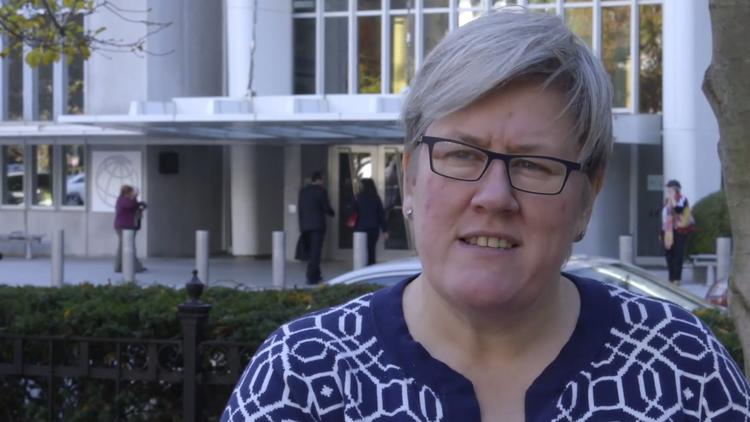 “Even very ambitious mitigation” can’t change the fact that the world has already “locked in” mid-century warming of 1.5°C above pre-industrial times, a new report from the World Bank Group finds.

It “confirms what scientists have been saying—past emissions have set an unavoidable course to warming over the next two decades, which will affect the world’s poorest and most vulnerable people the most,” stated Jim Yong Kim, President of the World Bank Group.

Titled Turn Down the Heat: Confronting the New Climate Normal (pdf), the report looks at how the regions of Latin America and the Caribbean, Eastern Europe and Central Asia, and the Middle East and North Africa will be impacted by more frequent weather extremes including heatwaves and drought. These extremes will be the “new climate normal,” the report states.

It marks the third in a series of reports commissioned by the World Bank Group from the Potsdam Institute for Climate Impact Research and Climate Analytics.

The findings of the new report, the World Bank writes in its foreword, “are alarming.”

With a 2°C rise—which the planet is on track to hit by mid-century—Brazil’s soybean yield could decrease up to 70 percent, while melting glaciers will threaten cities in the region. Melting glaciers threaten Central Asia with torrential flooding as well. Thawing of permafrost in northern Russia threatens to unleash stored methane, contributing to a climate feedback loop. In the Middle East and North Africa, increased overall temperatures and more frequent heatwaves threaten already scarce water resources, a fact that could contribute to further conflict.

Bill Hare, CEO of Climate Analytics and a lead author of the report, added: “Assessing the entire chain of climate impacts—for example, how heat waves trigger crop yield declines and how those trigger health impacts—is key to understanding the risks that climate change poses to development.”

Among the significant findings, Rachel Kyte, World Bank Group Vice President and Special Envoy for Climate Change, explained, is that the greenhouse gas emissions already released into the atmosphere mean that “for next twenty years, the die has been cast.” Because of this, “the investment in resilience and adaptation are fundamental,” she stated.

Kim added: “We cannot continue down the current path of unchecked, growing emissions.” Aggressive mitigation is needed immediately, Kyte stated, to be able to leave the next generation an inhabitable planet.

Author Naomi Klein and others have argued that further economic growth is incompatible with addressing climate change. Yet the report’s assessment echoes the sentiment of President Obama and other world leaders, with Kim stating: “Action on climate change does not have to come at the expense of economic growth.”

“Our response to the challenge of climate change will define the legacy of our generation,” he continued. “The stakes have never been higher.”