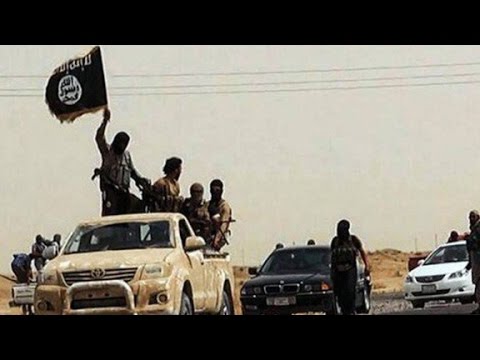 Wikileaks has released a government assessment of drone strikes aimed at assassinating top leaders. The document urges such strikes, but is amazingly frank about the drawbacks.

“Potential negative effects of HVT ope rations include increasing the level of insurgent support, causing a government to neglect other aspects of its counterinsurgency strategy, altering in surgent strategy or organization in ways that favor the insurgents, strengthening an armed group’s bond with the population, radicalizing an insurgent group’s remaining leaders, creating a vacuum into which more radical groups can enter, and escalating or deescalating a conflict in ways that favor the insurgents. “

Below I consider the CIA’s cautions about the drawbacks of such assassination tactics in the context of the rise of Daesh (ISIS or ISIL) in Iraq.

“increasing the level of insurgent support,”

This happened with what is now Daesh (ISIS or ISIL). The US killed the leader Abu Musab al-Zarqawi in spring of 2006. His successor was Abu Omar al-Baghdadi, who was killed by the Iraqi army in 2010. The new leader was Ibrahim al-Samarra’i, who styled himself Abu Bakr al-Baghdadi and took over 42% of Iraq’s land area. Each assassination seems to have increased the level of insurgent report among Iraqi Sunnis.

“causing a government to neglect other aspects of its counterinsurgency strategy,”

The Shiite government of Prime Minister Nouri al-Maliki in Iraq failed to reach out to Sunni Arabs to include them in the new system. The alienated people of Mosul thus allied even with Daesh against al-Maliki.

“altering in surgent strategy or organization in ways that favor the insurgents,”

The heat in Iraq on Daesh caused the fighters to go off to Syria, instead. They were able to take and hold al-Raqqah Province there, allowing them to establish a state with ordinary institutions.

“strengthening an armed group’s bond with the population,”

The USA/ Shiite leaders of Iraq scared the Sunni Arab population so badly, with its prejudice and discrimination, that it pushed them into the arms of al-Qaeda.

Each al-Qaeda/ Islamic State leader has been more radical than his predecessor.

“creating a vacuum into which more radical groups can enter, and”

The US targeting of secular Iraqi opposition groups such as the 1920 Revolution Brigade and Jaysh Muhammad led the way for extreme fundamentalist Daesh to dominate that market.