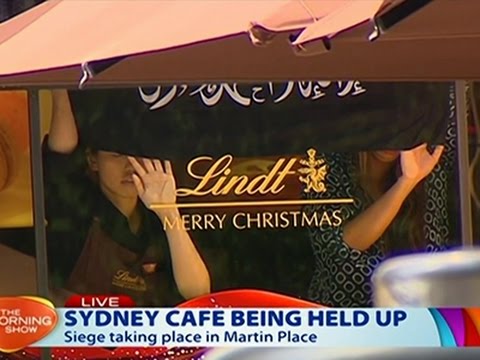 IC doesn’t usually cover hostage-taking, since it is an artificial and manipulative criminal act. Any two-bit thug can grab someone off the street and push them into a car, and subsequently kill them. It doesn’t take intelligence or any other admirable quality, just brutishness.

One’s heart goes out to the Sydney hostages. But it is distressing to see the hostage-taker made 10 feet tall by the media and to have Daesh (which is what most Arabs derisively call ISIL or ISIS) invoked. He is likely not mentally well, and he is not evidence of Daesh’s reach. Just that sadists are willing to franchise just like purveyors of hamburgers.

[Update: The hostage taker was Iranian, and clearly just a wack job and career criminal; this guy said he converted to Salafism but that kind of switch is very rare & itself indicative of lone wolfism- would have been ostracized by family.]

In fact, Sydney had another hostage crisis, in 1984, in a bank. A formerly wealthy (secular) Turkish-Australian became unhinged at losing his fortune. Today’s incident is not more important than that one, which few now remember. Both of these hostage-takers were common criminals. Neither is a “terrorist.” Today’s Sydney hostage-taker is not representative of a new activity. He isn’t important, and ordering a black flag won’t make him so. The only one who can bestow recognition on this criminal is the mass media and the press. They shouldn’t do it.

Nor are Australia’s Muslims responsible for this maniac. All white people aren’t responsible for motorcycle gangs or white supremacist groups. No one has ever asked a white person on television, ‘why don’t you condemn the Aryan Nation?'” The mainstream or ‘unmarked’ ethnic identity in a society doesn’t suffer from guilt by association. It is only the minorities who do.

Criminals and gangsters should not be fetishized as “terrorists.” It is just a way for them to inflate their egos. People are violent and sadistic because they are violent and sadistic, not because they have any particular ideology. Sociologist Max Weber posited “elective affinity,” that two phenomena find one another. Maybe sadists and killers are attracted to groups with deviant ideologies that permit wanton violence.

Daesh is just a bunch of gangsters. They are smugglers and human traffickers and mass murderers. It is secondary that they deploy a language of political Islam. The Ku Klux Klan in the US thought of itself as Protestant White Knights. One reviewer of my book, Engaging the Muslim World, complained that I compared the Taliban to the KKK, on the grounds that the latter is a small group. But it wasn’t in American history always a small group. It captured the governorship of Indiana in the 1920s.

Nor is Daesh popular, nor does it find ideological acceptance. Almost nobody in the Middle East likes it, and the tiny percentages who do tell pollsters they approve may not even agree with many of its actions. The Bangalore food company executive who did massive twitter propaganda for Daesh, when presses, admitted he did not agree with all their policies, and allowed how he couldn’t go join up because he had to take care of his parents (didn’t the kids he encouraged to go die in Syria have parents?) A 2012 poll of Iraqi Sunnis found that 75% said religion and state should be separate. They are likely the most secular people in the Middle East. Just because Daesh has taken over Sunni Arab Iraq does not mean they have changed their mind on this issue. They just chose an assertive Sunni group like Daesh over being ruled by equally fundamentalist Shiites.

It is really unfortunate that the magnificent city of Sydney had its peace disturbed by this maniac. But he isn’t important, least of all geopolitically, and shouldn’t be built up otherwise.