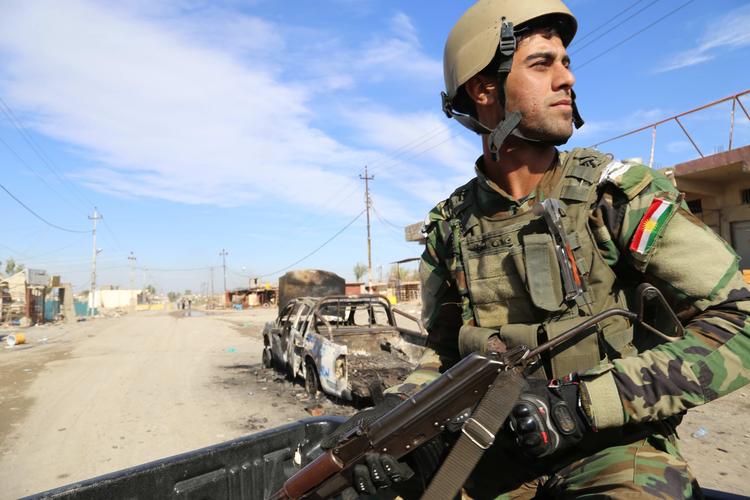 Iraqi Prime Minister Haydar al-Abadi announced to his parliament on Sunday that inspectors had uncovered 50,000 non-existent soldiers in four divisions of the Iraqi Army. Their pay was presumably being diverted to the officers in the division. This ziggurat of corruption was one reason the army collapsed on June 9, allowing Daesh (what Arabs derisively call ISIL) to take Mosul. The officers had many thousands fewer men than they claimed, and those they did actually have were damned if they were dying so the corrupt officers could go on with their double book keeping.

The Bush Administration spent something like $800 billion in direct costs on the Iraq War, including $20 billion for rebuilding the Iraqi Army after viceroy Paul Bremer abolished . . . the Iraqi Army in 2003. When health care for wounded veterans over their lifetimes is figured in, some suggest the war will have cost trillions of dollars. It is not clear what the US received from that investment. Not security. The Baghdad government is de facto allied with Iran. And the Obama administration has deemed Daesh so much a threat to US national security that President Obama felt it necessary to send the Air Force back in to bomb the country in 2014! The Bush senior administration bombed Iraq in 1991, and the Clinton administration bombed it in 1998. So, in other words, invading and occupying the country seems to have had very little impact on whether it represents a threat to US security in Washington’s eyes, or whether the US feels the need to bomb it..

The $800 bn was largely wasted or stolen. If you want to find it, get a shovel and dig around in back yards in Fairfax County, to which ex-US officials and contractors involved in looting both countries tend to retire.

Apparently no greater waste was incurred than in the $20 bn spent to build a new Iraqi Army. Al-Abadi said that the 50,000 ‘ghost’ soldiers were discovered with just a superficial inquiry, and that were a more thorough inspection to be done, it would find “wonders and marvels.” He lamented that grunts are fighting and dying, while officers were scooping up the military budget. Al-Abadi is said to have made a large number of high ranking officers resign over the scandal.

When Daesh (ISIL) took Mosul in June, it captured large numbers of US armored vehicles, tanks, weapons and ammunition, which the US had spent billions on. The US is now spending millions of dollars in Hellfire and other rockets to destroy the American tanks and armored vehicles that are now in the hands of “Caliph” Ibrahim and his murderous minions.

Al-Abadi warned that the collapse in international oil prices would require Iraq to slash its government budget in half, which would affect its ability to fight the Daesh fundamentalists.

Prime Miinister al-Abadi also met over the weekend with Kurdistan PM Nechirvan Barzani and discussed with him the need for the Baghdad Arab government and the Kurds to unite against the threat of Daesh. They also readjusted the oil deal between Baghdad and Erbil in light of plummeting prices.