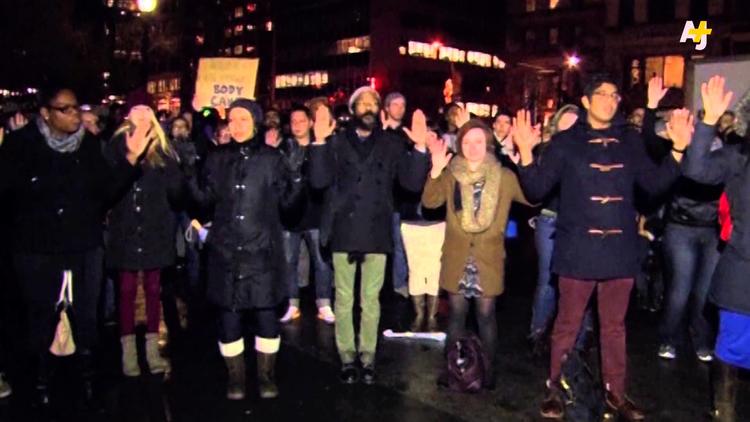 “Dec. 3, 2014, New York City: The widow of Eric Garner, the unarmed black man who died after an NYPD officer killed him by chokehold, says she doesn’t accept the officer’s prayers and condolences. She was speaking at a news conference along with Eric Garner’s mother and Rev. Al Sharpton hours after a grand jury declined to issue charges against the officer.”