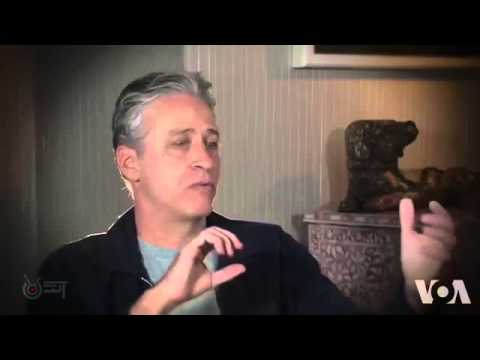 In 2014, Iran made news on a number of important fronts.

1. Although there was no decisive breakthrough in its relationship with the United States and the European Union, there was anticipation that some sort of deal would be reached eventually with the permanent members of the UN Security Council plus Germany (P5 + 1). It would allow Iran to enrich uranium for civilian electricity production but build in safeguards against Tehran deciding to build a nuclear weapon (something Iran’s supreme theocrat, Ali Khamenei, says is in any case against Islamic law). A deadline for a successful conclusion of the talks was pushed into mid-2015 from its November, 2014 deadline.

2. The success of the Syrian regime in consolidating its hold over urban areas like Homs and Hama and its continued defense of Damascus, Latakia and part of Aleppo, meant that the regime of Bashar al-Assad actually took some territory from the rebels, regaining some momentum. Syria is one of a small number of de facto Iranian allies in the Arab world (along with Iraq, Lebanon, Sudan and in some respects the United Arab Emirates). Every day that the Alawite-dominated Baath regime in Damascus does not fall is a win for Iran.

3. The conquest of much of Yemen by the Zaidi Shiite Houthis in 2014 gave Iran if not a new Arab ally at least a new friend. Moreover, Yemen was subtracted from the column of Arab states close to Saudi Arabia, giving Iran an opening. Contrary to what some Yemeni officials allege, the Houthi militiamen are most likely not in fact benefiting from any significant Iranian aid. But they may now receive some aid. This fall, the Houthis marched in commemorations of the Shiite holy day, Ashura’, in commemoration of the martyrdom of Imam Husayn (grandson of the Prophet Muhammad) in 680. That kind of in-your-face Shiism had not been typical of the Zaidi tradition, which lacks the hierarchy of ayatollahs and the animus against the early Sunni caliphs typical of the “Twelver” branch of Shiite Islam that predominates in Iraq and Iran.

4. The fall of the Sunni Arab north and west of Iraq to Daesh (the Arab acronym for what Americans call ISIL or ISIS) in June of 2014 was a threat to Iran but also a geopolitical opportunity. The Shiite-dominated government of Baghdad suddenly became much, much closer to Tehran. It received military help from the Iranian Revolutionary Guards Corps (IRGC), and even was the beneficiary of some Iranian air force bombing of Daesh positions. In the rescue of the Shiite Turkmen town of Amerli, IRGC forces along with Shiite religious militias received close air support from the United States, becoming de facto allies. President Obama wrote to Ayatollah Ali Khamenei about cooperating against Daesh as a sidebar to the nuclear enrichment negotiations.

5. Although 2015 may be challenging economically, in 2014 the Iranian economy did respectably. It came out of a 2-year recession and grew 4% in the second half of the year. Despite the relative success of the USA in cutting deeply into Iran’s oil exports, such that it only exports 1.3 million barrels per day now, down from 2.5 mn b/d only a few years ago, it is not clear that Iran’s general economy has been so badly hurt. The drop in the value of the Iranian currency, the rial, has made Iranian non-oil primary commodities, agricultural produce, handicrafts and factory-made goods more affordable to other countries. Trade in non-oil goods increased significantly with China, to some $6 bn., so that that country is the largest importer of Iranian non-oil goods and 23 percent of what China exports goes to Iran. Another irony: Us trade with Iran increased in 2014, upsetting European countries who have reduced their trade with Tehran from $26 bn annually to only $8 bn. Domestically, the government of elected president Hassan Rouhani has cut inflation from 40% to 17%, lessening pressure on the poor and those on fixed incomes. Pricey primary commodities such as petroleum cause what economists call the “Dutch disease,” hardening a country’s currency and hurting exports of secondary and tertiary commodities. Ironically, the US may have actually helped Iran diversify its economy in a healthy way. Much lower oil prices next year will hurt the government budget and infrastructural projects, but may actually help other exports.

6. As relations improved slightly with the US, Iran also attracted the attention of some American celebrities in 2014. Anthony Bourdain visited to explore culinary delights like fesenjan (chicken in pomegranate and walnut sauce)– but went on to say extremely complimentary things about Iranian culture and civilization. John Stewart directed a film, Rosewater, about the regime imprisonment of journalist Maziar Bahari– but says he wants to avoid a one-dimensional depiction of Iranians.

VOA: “What Jon Stewart Learned About Iran From ‘Rosewater'”