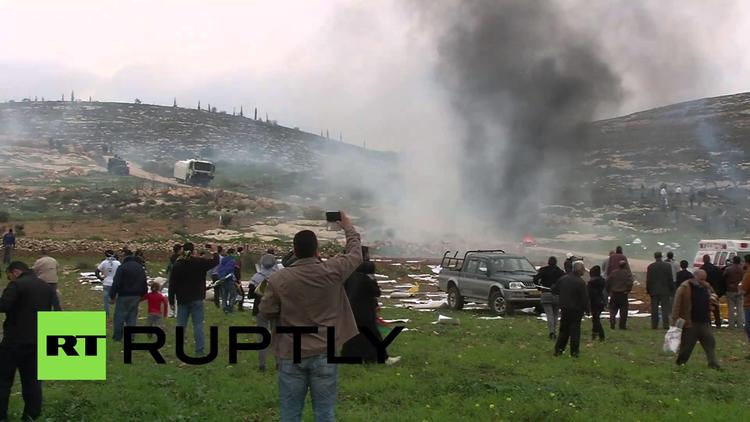 BETHLEHEM (Ma’an) — Dozens of Palestinians on Friday held a march against the Israeli occupation and settlement policies in the West Bank in the village of al-Masara near Bethlehem.

Organizers from the local Popular Committees Against the Wall and Settlements said that during the rally a Jewish settler opened fire on the marchers, but no injuries were reported as a result of the attack.

The weekly rally took place near a major road also used by Jewish settlers, as the village of al-Masara is ringed by Israeli settlements and large amounts of village lands have been confiscated by Israeli authorities.

Since 2006, the residents of al-Masara have protested on a weekly basis, demanding Israeli authorities return village lands confiscated in order to build the separation wall as it crosses through their town.