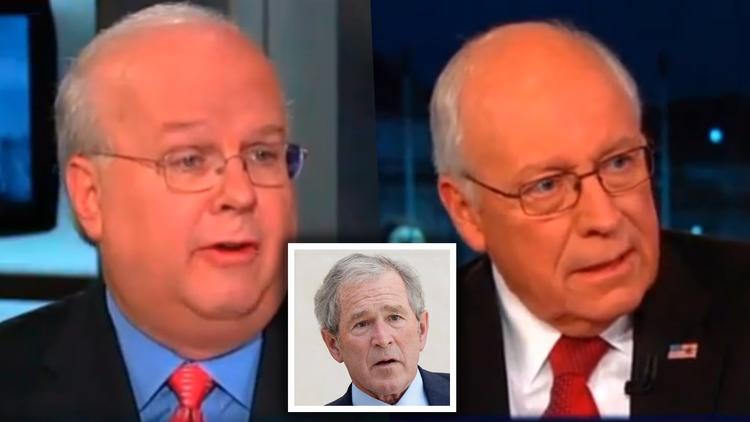 “”Former President George W. Bush knew about and authorized the CIA’s use of harsh interrogation techniques, such as waterboarding, sleep deprivation and other controversial tactics, according to Karl Rove, Bush’s former top political adviser.

A report released last week by the Senate Intelligence Committee asserted that Bush was kept in the dark about the agency’s rough treatment of detainees until 2006.
Rove on Sunday disputed that claim.

“No. In fact … his book describes how he was briefed and intimately involved in the decision,” Rove said on “Fox News Sunday,” referring to the former president’s book, Decision Points.”* The Young Turks hosts Cenk Uygur breaks it down.”

The Young Turks: “Cheney & Rove Pin Torture On Their Old Boss – Why Is Amazing”