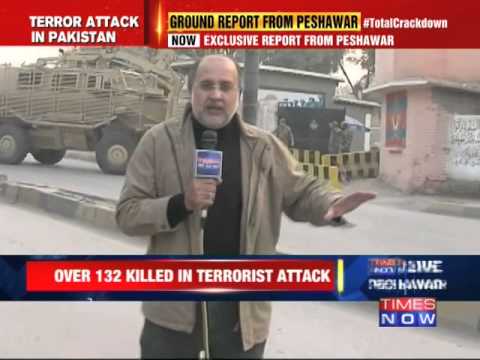 Column » ‘By the Book’ with Joseph Preville| —

Pakistan is a nation with a strong will to survive. It has endured political upheavals, ethnic discord, military dictatorships, and the challenges of religious extremism. In her new book, The Struggle for Pakistan: A Muslim Homeland and Global Politics (Belknap Press of Harvard University Press, 2014), Ayesha Jalal examines Pakistan’s history from its creation in 1947 to the present. “Pakistan’s tumultuous history,” she writes, “exhibits a daunting combination of contradictory factors that must affect any decisions made about its future. More than six and a half decades since its establishment, Pakistan has yet to reconcile its self-proclaimed Islamic identity with the imperatives of a modern nation-state.”

Ayesha Jalal is Mary Richardson Professor of History and Director of the Center for South Asian and Indian Ocean Studies at Tufts University. Born in Pakistan, Jalal was educated at Wellesley College and the University of Cambridge. She was a MacArthur Fellow from 1998-2003. Jalal is the author of many books, including The Sole Spokesman: Jinnah, the Muslim League, and the Demand for Pakistan (1985) and Partisans of Allah: Jihad in South Asia (2008).

Ayesha Jalal discusses The Struggle for Pakistan in this interview.

How did Pakistan become a major focus of your scholarly work?

As I explain in the Preface to The Struggle for Pakistan, I was a teenager in New York in 1971 and had difficulties reconciling the official narratives of the Pakistani state with daily news reports of atrocities perpetrated by the Pakistan army in East Pakistan. This led me to ask questions about Pakistan’s history and self-representations, which in time came to define my research interests.

What are the enduring myths about the founding of Pakistan?

There are many. But perhaps the most enduring has been the notion that Pakistan was created solely in the name of religion. This ignores the critical role of regional political dynamics, most notably in Punjab and Bengal, and has led to blanket justifications of giving religion a central role in the affairs of the state. Mohammad Ali Jinnah, the founder of Pakistan, had explicitly stated in his first speech to the constituent assembly on August 11, 1947 that religion had nothing to do with the affairs of the state and Pakistanis regardless of their religion or sect were equal citizens of the state.

What is the “two-nation” theory and how was it used to justify the establishment of Pakistan?

According to the “two-nation” theory the Muslims of India were always an identifiable community that had resisted assimilation into the Indian environment. So Pakistan was the logical culmination of this Muslim distinctiveness. This theory ignores the fact that several Muslims were converts from Hinduism and cannot explain why so many of the Faithful were left in predominantly Hindu India after the establishment of the Muslim homeland of Pakistan.

How is founder of Pakistan Mohammad Ali Jinnah represented in the official narratives of Pakistan? Is his vision for Pakistan relevant today?

Representations of Jinnah at the level of the state have depended on the agendas of incumbent governments. In the initial decades after independence, Jinnah’s political legacy provided the pretext for rejecting a theocracy run by the religious divines (priests). Under General Zia-ul-Haq’s regime in the 1980s Jinnah himself was transformed from being a Westernized secular lawyer-politician into a religious divine. This changed under General Musharraf’s “enlightened moderation” when Jinnah’s secular credentials were emphasized. The appropriation of Jinnah by all shades of political opinion in Pakistan is evidence of his ongoing relevance to debates about the present and future of the country. It is another matter whether these gestures are symbolic or based on substantive engagement with Jinnah’s thought and political practices.

Is the military too entrenched in Pakistani politics? How has the army misruled Pakistan?

The military is firmly entrenched in the political economy of Pakistan and remains the ultimate arbiter of its destiny when it comes to defense and foreign affairs. Military rule in Pakistan has exacerbated tensions between the central government dominated by Punjabis and the non-Punjabi provinces. The breakaway of Bangladesh in 1971 was simply the most dramatic manifestation of the problems created by extended periods of military authoritarianism. There have been continuing tensions between the center and the provinces, most notably in Balochistan.

If Benazir Bhutto (assassinated in 2007) were alive and in office today, how might things be different in Pakistan?

Well for one thing the PPP (Pakistan People’s Party) would not be in the shambles that it is after a dismal show of governance between 2008 and 2013. Benazir was unequivocal in her opposition to militancy and support for the rights of minorities and women. Her absence from the political scene has constricted the space for powerful voices of moderation to influence debates on the pressing issues confronting Pakistan.

Are you optimistic about the future of democracy in Pakistan?

Pakistan’s turbulent history reveals that democracy, however flawed, is a necessity rather than a matter of choice. Military governments too have needed to give themselves a civilian face in order to claim a semblance of legitimacy. Even as it is grappling with religious extremism, regional dissidence and a swarm of political and economic challenges, this is the moment when there are appear to be some prospects of Pakistan leaving the state of martial rule behind.

Military regimes in particular have used Pakistan’s geostrategic location at the cross hairs of competing dynamics connecting South Asia with the Middle East and Central Asia to claim a pivotal role in international affairs. But with the Cold War now over, the military’s ascendancy is more of a liability than an asset in negotiating global politics. How well a nuclearized Pakistan is able to make the necessary adjustments in civil-military relations will have large implications for its internal stability as well as global peace.

The 2013 elections marking the first ever constitutional transition from one elected civilian government to another is an important milestone in Pakistan’s history. Rejecting Taliban terror and the Tehrik-i-Taliban Pakistan’s edict declaring elections un-Islamic, the endorsement of democracy by the largest voter turnout in four decades was an encouraging sign. But the voters have also registered a stern warning: they want elected governments to urgently attend to the task of governance and will not hesitate to protest and vote them out if they falter and fail.

How can Pakistan shed its reputation as “a hub of extremism”?

(They can do this) by confronting the truths of history and changing the security driven narratives of national interest that have justified meddling in the affairs of Afghanistan and sustaining a proxy war in Kashmir to the grave detriment of country’s political stability.

A negotiated peace on the disputed border with Afghanistan and concrete steps to resolve the Kashmir conflict with India can go a long way toward helping Pakistan overcome its insecurity complex that has over the past three decades only created greater insecurity for its people.

A recent piece in The Economist noted that you believe America “should keep on engaging and funding nuclear-armed Pakistan.” Is it true? What should be America’s priorities in its engagement with Pakistan?

I did not propose that the United States should fund Pakistan and thereby perpetuate an untenable dependency relationship. What I suggested is the importance of continued engagement with a geo-strategically located nuclear state. Throughout the Cold War the United States provided more funding to military dictatorships in Pakistan than to civilian governments. In the aftermath of the attacks of September 11, 2001, American support for Pakistan was based on understandings with General Pervez Musharraf’s military government. The United States needs to recalibrate its approach to Pakistan and focus on helping strengthen the democratic process to ensure eventual civilian control over the military.

What can Pakistan learn from Turkey and Egypt as it charts its course for the future?

Turkey’s success in establishing a functioning democracy after a history of military authoritarianism is a model for Pakistanis seeking an end to the recurrence of military interventions. Egypt’s experience since 2011 is a telling lesson for Pakistanis who are struggling to overcome their own history of military authoritarianism but are disillusioned with the performance of their elected governments. Ineffective governments can at least be voted out of office unlike military governments.