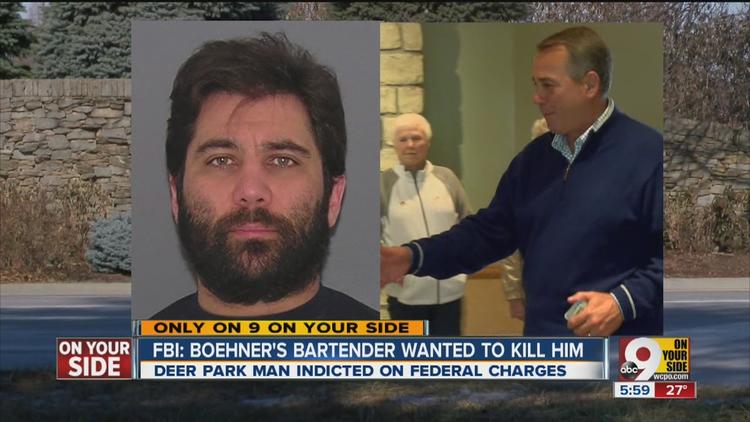 “Ebola, evil voices and the devil. Those are just a few of the things a Butler County bartender cited as reasons he was going to kill House Speaker John Boehner, police said.”

“According to court documents obtained by NBC News, police made contact with Hoyt after an October 911 call. Hoyt, who had recently been fired from his job, told an officer that he was Jesus Christ and that he planned to kill Boehner, adding that he believed the Ohio congressman was responsible for the Ebola outbreak. He was taken to a hospital for psychiatric evaluation. A .380 handgun was recovered from his residence.”

N.B. Juan wants to know if we couldn’t make an exception with regard to our well-regulated militia, such that people who hear voices, think they are Jesus Christ, and plan out the murder public officials could maybe not be allowed to have handguns.