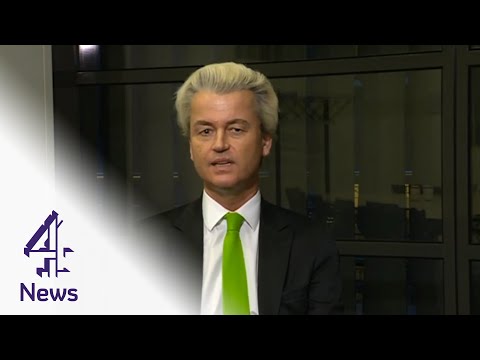 Anti-immigrant sentiment and Islamophobia was already raging through Europe before the Kouashi al-Qaeda Cell targeted the staff of the magazine Charlie Hebdo and a Jewish deli in Paris. Although President Francois Hollande insisted that the attacks had nothing to do with the religion of Islam (and rightly so), many Europeans hold a dissenting view.

From an American point of view, where public discourse was profoundly altered by the Civil Rights Movement, the way some European politicians speak sounds eerily like the unrepentant racists in the Deep South during the Jim Crow era. A whole gaggle of politicians not very different in their views from David Duke are poised to take power.

The Dutch so-called “Party of Freedom” already called for all mosques in the Netherlands to be closed. The party is the most popular in the country in current opinion polls. In response to the Paris attacks, POF leader Geert Wilders demanded that immigration be halted altogether. He said he wanted less Islam in his country, and that the attacks were “an act of war.” Wilders not so long ago got a Dutch crowd to chant, “less Moroccans.” He has been indicted for hate speech and will face a trial this spring. He was acquitted of similar charges in 2011 on the grounds that he hadn’t said anything racist, but had only criticized a religion, which is not illegal. But the recent crack about Moroccans is about an ethnic group. Wilders is playing the sympathy card with the public. Will he be the next prime minister of the Netherlands, the country of Spinoza and Erasmus?

In a combative interview, Channel 4 News more or less called Wilders a Nazi.

The Netherlands have about 1 million Muslims in a population of roughly 17 million.

Nigel Farage of the far right United Kingdom Independence Party said that the Paris attacks were the action of a “fifth column.” It was not clear if he meant al-Qaeda or just Muslims in general. He said the events are an indictment of what he called policies of multi-culturalism. He also rather insensitively suggested that the terrorism in Paris was a good reason for Britain to keep its distance from Europe.

Britain has about 3.7 million Muslims in a population of 64 million.

In Germany the small anti-Muslim hate movement, Pegida, has allied with German Euro-skeptics. It managed to get 18,000 protesters to come out against Muslims in Dresden in early January, though a counter-demonstration this weekend for tolerance in that city was much bigger. It is profiled in Der Spiegel.

Pegida is planning to stage even larger rallies on Monday, attempting to build support on the basis of the Charlie Hebdo attack. Like Wilders, they call for de-Islamization.

There are about 4.3 million Muslims in a population of 80 million Germans.

As for France, opinion polling suggested even before the attacks that Marine LePen of the National Front could well succeed the socialist Hollande as president of the republic. LePen is more careful than her father was to avoid explicitly racist language in her speeches, but they still reek of it. After the attacks, LePen called on President Hollande to suspend the visa-free Schengen Zone and to strip French citizenship from terrorists. She said, “Time is up for denial and hypocrisy …The absolute rejection of Islamic fundamentalism must be proclaimed loudly and clearly.” I don’t think it is just fundamentalism that bothers her.

The Islamophobes and racists on the European Far Right also tend to be Euroskeptics. If they come to power out of public revulsion against the Paris attacks, they may well beging dismantling the European Union. And the discriminatory policies they plan toward Muslims would be a complete retreat from European human rights laws and norms.

Remember, I maintain that heightening tensions among European religious communities was a key goal of the terrorist plot in Paris. It may be working.