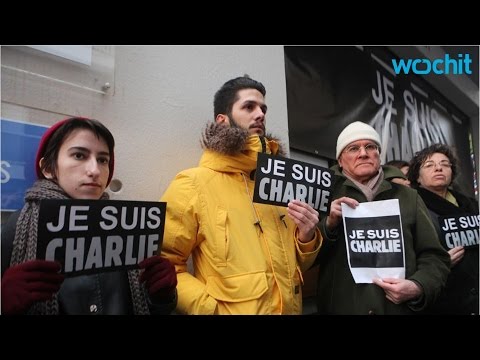 By Aurelien Mondon | The Conversation | —

The attack on Charlie Hebdo was an abominable tragedy. It struck the heart of one of our capitals and symbols of our democracies as terrorists attacked our freedom of the press. It is now essential to pay our respects to those who lost their lives yesterday and hope that those responsible for the attacks are arrested as soon as possible.

In terrible circumstances, where shock and confusion prevail, it is also crucial to remain level-headed in our response to these horrendous events. While we must stand on the side of the victims and in defence of our inalienable rights, this should not lead us to simplistic, uncritical conclusions and further divisions.

Much of the reporting so far has had the tendency to pit a “Muslim community” against a French or European one in the most essentialist manner. While most commentators, be they journalists, politicians or academics, have warned against laying indiscriminate blame against Islam, their initial disclaimers have too often been lost in simplistic and stigmatising analysis. Many have inadvertently blamed Islam in their subsequent arguments. In the prevalent discourse, the “Muslim community” is commonly described as foreign to our land, values and beliefs.

To cite but one example, Alain Juppé, former French prime minister and mayor of Bordeaux, while warning against divisions, told French Muslims on the radio after the attacks that it is their responsibility “to speak up”, as he believed that “there can be a responsible, enlightened Islam [islam des lumières]”.

This reaction is of course patronising and more than a little reminiscent of colonialist attitudes. The white, educated man brings the light of civilisation to the savage. But it is also an insult to all those French Muslims who are given the impression that their religion is not compatible with life in a Western country. They are even rendered guilty by association for not speaking out against terrorism – an accusation only and always levelled in the aftermath of Islamic terrorism.

In the aftermath of the 2011 Utøya terrorist attack in Norway, in which 77 people, including many teenagers, were killed, the many western commentators Anders Behring Breivik quoted in his book were not asked to speak up and apologise by the common/mainstream discourse.

Muslims across the world, on the other hand, are commonly lumped together when disaster strikes. They feel (or are made to feel) compelled to openly state that they do not support the despicable acts of a few extremists, as was recently shown by the #notinmyname campaign, an explicit show of solidarity against Islamic State by young Muslims across the world. Of course acts of terrorism should be denounced but the pressure put on Muslims to do it demonstrates their unequal standing in our societies.

Our first task then, if we are to defend the concepts of Liberté, Égalité, Fraternité in the wake of the Charlie Hebdo tragedy is for us to stand together against such atrocities and their perpetrators, regardless of religious or ethnic background. French Muslims should not be required to prove their allegiance to the values of the French republic in the wake of this event. They already do on a daily basis in all their diversity, the same way all French people do.

In the short term, one can only hope that the French will react as many Australians did in the wake of the Sydney siege when they tweeted offers to accompany Muslims who were feeling intimidated on public transport.

A more calculated form of recuperation has also begun to emerge. Marine Le Pen, the leader of the far-right Front National, concluded a speech after the Paris attack by warning that we should make a distinction between “our Muslim compatriots, attached to our nation and values” and “those who believe they can kill in the name of Islam”.

Her call was far from unifying. Le Pen told us that we should not be in “denial” but should name things for what they are. It is time to talk about Islam openly, she suggested.

This is, at best, out of touch with contemporary French society. Currently, two of the best-sellers in France are filled with virulent anti-Islam rhetoric and countless vocal anti-Islam commentators are given air in the mainstream media on a daily basis. Islam is definitely not absent from the public debate.

What is absent from our mainstream media and politics is a careful analysis of what Islam is in France today. This would show once and for all that the Muslim “community” is not the monolith Le Pen would like us to believe. The terrorists who massacred 12 people on 7 January are apparently Muslim but so was the policeman who lost his life trying to stop them. Mustapha Ourrad, Charlie Hebdo’s copy-editor killed in the attack, was born in Algeria.

This is not a clash of civilisations, this is not a war between the West and Islam, but a fight waged by some very few, marginalised yet extremely dangerous people, for whom division is key. Ultimately, condemning Islam and Muslims indiscriminately would play in the hands of those seeking to terrorise and divide us, as well as fuel the kind of nationalism that Charlie Hebdo has always fought.

Aurelien Mondon is Lecturer in French Politics at University of Bath.