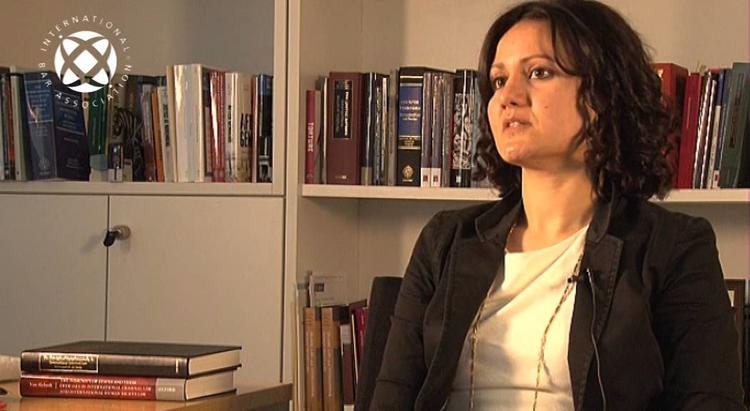 Patrick Kingsley of The Guardian reported on Friday that Amal Clooney was threatened with jail by Egyptian authorities last February if she released a report in Cairo on flaws in the Egyptian judiciary that had been commissioned by the International Bar Association. The report is available on the Web here.

Significant elements of the Egyptian judiciary are obviously arbitrary, conspiratorial to the point of paranoia, and a complete mess, as demonstrated by the opposite verdicts reached in the two cases against former dictator Hosni Mubarak; in the mass executions of Muslim Brothers ordered by a notorious provincial hanging judge; by the jailing of Aljazeera and other journalists for reporting the news; and by the jailing of protesters for protesting (the hero of 2011, Ahmad Maher of the April 6 Youth, among many others, is in jail for another two years).

“Three distinct prosecutorial trends are discernible. First, under the short period of military rule that followed the 2011 revolution, more civilians were prosecuted for ‘crimes’ against the military – such as the crime of ‘insulting the military’ – than had ever been prosecuted during 30 years of Mubarak rule. Secondly, under Morsi’s Brotherhood presidency, those who insulted Islam or insulted the President himself were targeted. According to some sources, the number of prosecutions brought for ‘insulting the president’ in the Morsi period exceeded the number of such prosecutions brought over three decades under Mubarak and the number of persons who were sentenced to imprisonment for insulting Islam also increased dramatically. Finally, in the post-Morsi era during the second half of 2013, a startling number of prosecutions were initiated against Brotherhood figures, including the former President himself, the Brotherhood’s entire senior leadership and thousands of others. This record of selective prosecutions undermines the potential for a peaceful transition and reconciliation between communities in Egypt, as well as the right to freedom of expression in a new democracy. It is therefore suggested that a transitional justice process be put in place, ideally with international involvement to guarantee independence and impartiality. This would honour the rights of the many victims of serious crimes that have been committed in Egypt and combat impunity for government abuses.”

So she probably wasn’t surprised when they threatened to prosecute her, too.

One reason all this matters, beyond the thuggish threats of arbitrary imprisonment of people for thinking independently, is that Egypt’s judiciary is an obstacle to the country attracting foreign investment.

Egypt’s current military dictatorship has wildly unrealistic plans to boost the economy quickly. Thus it announced a goal of attracting $15 billion a year in direct foreign investments (DFI). But in the past decade Egypt for the most part attracted less than $4 bn. a year in DFI, only once reaching about $5 bn., in 2007.

Why would any international entrepreneur risk putting billions into a country where reliable information on the local economy is not available from the censored press, where the ruling officer corps claims to have cured AIDS, where television comedians are fine millions of dollars for jokes, and where foreign journalists are jailed for reporting the news (under the pretext that an Australian non-Muslim professional correspondent is part of a secret Muslim Brotherhood “Marriott Cell” aiming at overthrowing the Egyptian government)?

What if there were a legal dispute between the foreign investor and his or her Egyptian partners or collaborators? Could the Egyptian courts, where the choice of judge for a case is often made politically by those with an interest in its outcome, be trusted to be fair to the foreigner? What about the courts’ inability or refusal to follow basic rules of evidence?

What would happen if a foreign investor was dissatisfied with his or her returns and complained about the government publicly? Would their property simply be expropriated? Now that Australian Peter Greste has been imprisoned for a year on frankly bizarre charges, after a trial that even another Egyptian court seems to agree was a farce, why would any foreigner bring money into Egypt?

The US Department of State recently concluded, regarding foreign investors in Egypt,

“The World Bank’s 2014 Ease of Doing Business Index ranked Egypt 128 out of 185 economies. Significant impediments to investment exist. Investors report there can be delays of several weeks for legitimate transfers of foreign exchange to be executed, although availability of foreign exchange is improving. Labor rules prevent companies from hiring more than 10% non – Egyptians (25% in Free Zones), and foreigners are not allowed to operate sole proprietorships or simple partnerships. The lack of protection of intellectual property rights (IPR) is a major hurdle to direct investment in Egypt, which remains on the U.S. Trade Representative’s Special 301 Watch List. A foreign company wishing to import for trading purposes must do so through an importer which is wh olly Egyptian – owned. Egypt is a signatory to international arbitration agreements, but its courts do not always recognize foreign judgments. Dispute resolution is slow, with the time to adjudicate a case to completion averaging three to five years. The judicial system can be subject to political influence.”

So Amal Clooney was trying to do the Egyptian authorities a favor with her suggestions of how the judiciary could be improved and depoliticized. Because until it is, Egypt is just an unattractive place to do business, and international capital will flow elsewhere, to the 127 countries which are much better.

When the Egyptian government threatened Ms. Clooney, she did not have nearly as big a megaphone as she does now. Now, she is married to cinema star George Clooney and can blow the whistle on the thugs. Ooops.