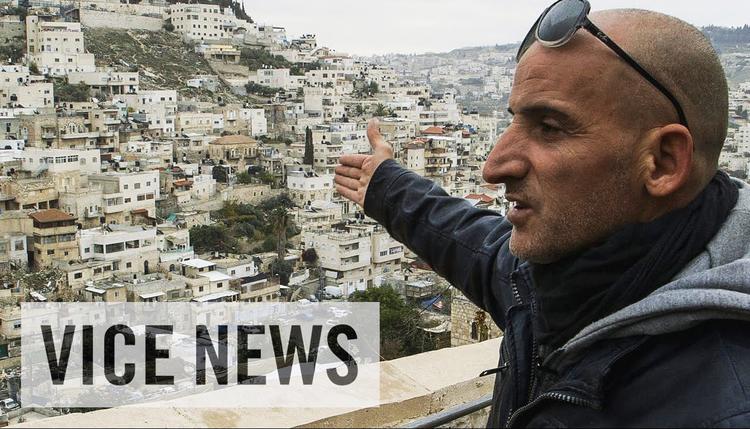 “Throughout the past several months, Jerusalem has been a scene of clashes and violent attacks. Silwan, a Palestinian neighborhood just steps away from Jerusalem’s Old City, has been at the heart of the unrest, and is becoming one of the most contentious neighborhoods in the most contested city in the world.

As settlement expansion into East Jerusalem continues, Israeli authorities have ramped up their practice of demolishing homes built without proper permits — permits which are near impossible for Palestinians to acquire. In addition to the demolitions due to lack of permits, Israeli Prime Minister Benjamin Netanyahu announced in early November the reinstatement of the policy of demolishing terrorists’ homes, which Palestinians claim is a form of collective punishment.

VICE News traveled to Silwan and met with Palestinians and Israelis living in this contested neighborhood at a time when Jerusalem is more divided than ever.”