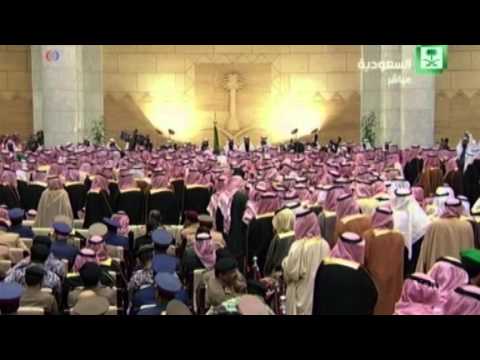 Thousands demonstrated in Sanaa on Saturday morning against the Houthi take-over of the Yemeni government. Down south in Aden, there were big demonstrations on behalf of workers

The murky political situation in Yemen has left the US unable to continue its drone strikes and other counter-terrorism operations, since Washington no longer has a partner in the Yemeni government to authorize them and provide key facilities.

On Thursday, the President, Abed Rabbo Mansour Hadi, and the prime minister resigned. Mansour Hadi had been the vice president of deposed dictator Ali Abdallah Saleh, who stepped down under street pressure and under the pressure of the Gulf oil states, in January, 2012.

Mansour Hadi was elected via national referendum by 80% of the voters in February 2012. He presided over a parliament dominated by the General People’s Party (of which Saleh remained chief even after he gave up the presidency, and to which Mansour Hadi also belongs). That parliament had been elected in 2003 for a six-year term. But as it was expiring in 2008, an agreement was reached among the political elite to extend it for two years. Then the massive street protests of 2011 led to its further extension. Presidential and parliamentary elections should take place in 2015, though that step may have just become impossible. Since he was elected by a healthy margin fairly recently, Mansour Hadi was probably the major political figure with the most legitimacy.

The constitution provides for Yahya Ali al-Ra’y, the speaker of parliament, to become president (there has been no vice president since 2012). But since his body was last elected in 2003 for a 6-year term, it and he have questionable legitimacy.

The Zaidi Shiite tribal confederation, the Houthis, swept into the capital in September, facing little opposition from the national military– even though the two had clashed since 2004. This week, the Houthis demanded the prerogative of appointing their own minders to each of the major political posts, including the cabinet members who oversee the ministries and make a good deal of public policy.

Mansour Hadi and his prime minister refused to be minded in this way, and they resigned.

In so doing, they cleverly deprived the Houthis of any real legitimacy. The latter are after all just tribesmen.

Zaidis are about one third of the Yemeni population and they predominate in the north. South Yemen, which has separatist tendencies, is solidly Sunni and many groups there reject the idea of Shiite Zaidi dominance. Southern separatism has grown in strength since the September 2014 Houthi take-over of the capital.