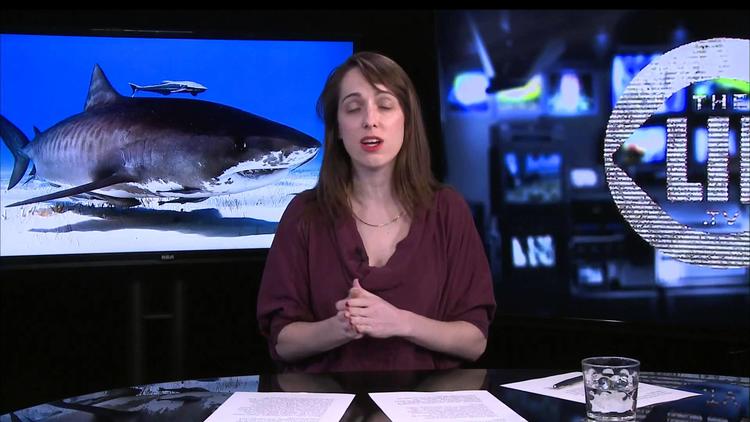 “Humans are leading us to unprecedented damage to the oceans and the animals living in them potentially putting us on the verge of a major extinction event, according to Douglas J. McCauley, an ecologist at the University of California. However, while the damage is accelerating, it’s not irreversible, according to Malin Pinsky, a marine biologist at Rutgers University. We take a look at the impacts, in this Lip News clip with Jackie Koppell.”

[N.B. McCauley’s article is available here. It argues, re: climate change and extinctions in the oceans:

“Ocean warming presents obvious challenges to polar marine fauna trapped in thermal dead ends (73). Tropical marine species are, however, also highly sensitive to small increases in temperature. For example, coastal crabs on tropical shores live closer to their upper thermal maxima than do similar temperate species (74). Likewise, the symbiosis of corals and dinoflagellates is famously sensitive to rapid increases of only 1° to 2°C (75). Even though corals exhibit the capacity for adaptation (47), coral bleaching events are expected to be more common and consequently more stressful by the end of the century (76). The effects of rising ocean temperature extend well beyond coral reefs and are predicted to affect both the adult and juvenile stages of a diverse set of marine species (77), to reshuffle marine community composition (78), and to potentially alter the overall structure and dynamics of entire marine faunal communities (79).

TheLipTV: “Ocean Life on the Verge of Mass Extinction?”