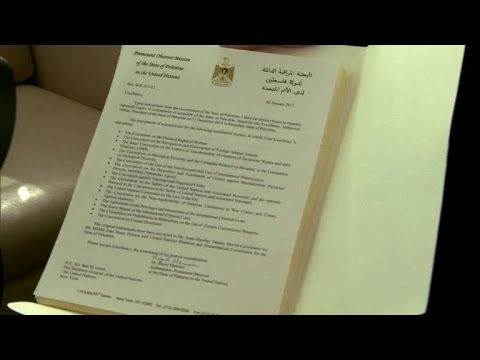 Criticism against Palestinian President Mahmoud Abbas and the Palestinian Authority is mounting after his United Nations Security Council Resolution and bid to join the International Criminal Court.

Aside from Netanyahu and the usual hawkish Israeli right, even officials generally sympathetic to the Palestinian plight are attacking Abbas.

Instead of bashing Abbas, he should be lauded for finally standing up for his people. In difficult circumstances, the PA is determined to use non-violent, but effective, measures to apply pressure on Israel after years of foot-dragging.

After the Gaza war, Hamas’ popularity skyrocketed, as an overwhelming 94 percent of Palestinians were satisfied with Hamas’ military performance, according to the Palestinian Center for Survey and Policy Research’s post-war poll.

While only months before the war, Abbas enjoyed a healthy 12 percent lead over his Hamas rival, the summer fighting damaged Abbas’ credibility. By December, Hamas leader Ismail Haniyeh has maintained a 11 percent advantage over Abbas. The Palestinian people are clearly frustrated with Abbas’ perceived passivity in contrast to Hamas’ militant approach.

Opponents contend that Abbas’ move at the ICC will anger the new Republican Congress and President Obama. However, this argument fails to consider the limited options within the Palestinian political arena.

If Congress would take the extreme measure to stop funding the PA, this would surely lead to a weakening of Fatah within the West Bank or even the PA’s complete collapse. Despite US criticism, Abbas’ only serious political opponents are attacking him for not being confrontational enough against Israel.

Hamas has repeatedly called for armed violence against Israel from the West Bank, and even praised the November Jerusalem synagogue attack, which Abbas condemned. Even within Abbas’ own party, popular jailed figure Marwan Barghouti lambasts Abbas for maintaining security ties with Israel.

How would such a void of the PA benefit Israel? While Israeli leaders repeatedly bash Abbas, Shin Bet Chief Yoram Cohen clarified in November that “Abbas is not interested in terror and is not inciting terror.” Congress de-funding the PA would only inflame the situation by strengthening the Palestinian extremists at the expense of the only group who preserves security cooperation with Israel, saving countless lives.

Another argument against Abbas’ move is he is weakening the Israeli moderate voices before the March Israeli election. Pundits must realize that Abbas’ first priority is towards his people suffering under Israeli occupation for over 45 years. There is a limit how much Abbas can and should be concerned about external actors while still maintaining the respect of his own people.

During the fall, Secretary Kerry urged Abbas to hold off on his UN measure till after the American Congressional elections because it could have caused political damage for the Obama Administration. After Abbas followed his suggestions, Kerry pressured Abbas to once again wait until the Israeli elections in March.

Since there will be no clear-cut winner, one assumes it will take a significant period of time for an Israeli candidate to form a coalition government after the March elections and Abbas would be asked to postpone his moves again. How much longer is Abbas expected to wait to honor the needs of other countries political processes?

Finally, as the State Department has consistently opposed any unilateral Palestinian action, Abbas would still face US opposition for this move even if he waited until after the Israeli elections.

Since there is no chance the Palestinians will accept a peace deal without East Jerusalem, Lapid’s hardline position shows that he is not interested in genuine compromise. There is a limit to how long Abbas must stagnate before pushing his own non-violent measures.

Israelis lack any sense of urgency over their 47-year control over the West Bank. According to a recent Maariv poll, 48 percent of Israelis consider socio-economic issues and social justice the most important issue in the March elections with security matters receiving a mere 30 percent.

Joining the International Criminal Court and potentially seeing Israeli commanders on trial abroad may be one of the only ways to jolt Israelis out of their apathy. Since Abbas opposes violence, what other leverage does he have to push Israeli leaders and the public to finally take Palestinian demands seriously?

The State Department has condemned the Palestinians for acting unilaterally by joining the ICC and pursuing the UNSC resolution. Putting aside Israel’s continued settlement building, the irony is that Israel rests its legitimacy on another unilateral move, the 1947 UN Partition Plan, which established Israel and ignored the wishes of the local Arab population.

Abbas should be applauded — not criticized — for pursuing a non-violent course by joining the ICC, even if it causes American and Israeli discomfort.

Aaron Magid is a graduate student at Harvard University specializing in Middle Eastern studies. He tweets at @Aaronmagid.
The views expressed in this article are the author’s and do not necessarily reflect Ma’an News Agency’s editorial policy.