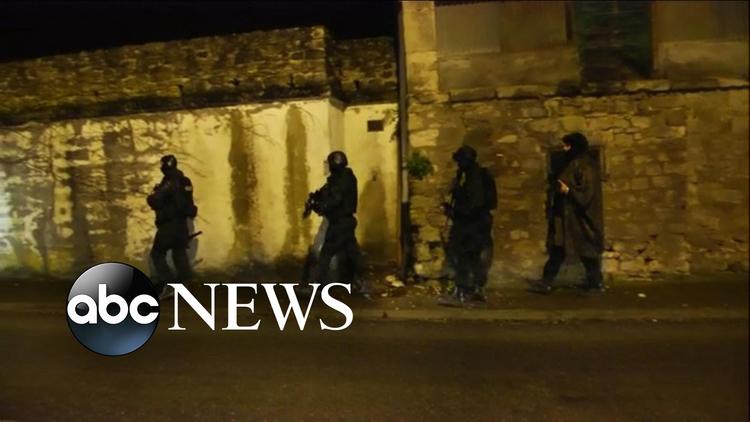 The shooting at a satirical magazine in Paris on Wednesday, which left 12 people dead, came at a very sensitive and dangerous time for both Palestinians and the Israelis.

France has recently supported the Palestinian people and their cause at the UN Security Council, causing panic among Israeli officials in Tel Aviv who have said on several occasions that they fear they have lost the entire European continent as a result. They have also expressed worries that the European position, led by France, is turning against the Israeli occupation and in favor of the Palestinian people’s struggle for freedom, independence, and statehood.

Many Israeli analysts have urged authorities in their country to work to regain European support, fearing that losing France would mean losing Europe as a whole. The response to these fears has been an unprecedented campaign of Israeli incitement against Muslim immigrants in Europe.

The shooting at the offices of Charlie Hebdo magazine have thus coincided with a movement in the Israeli media and state discourse against the threat of so-called “Islamic extremism.”

Israel’s Channel 10 television, for example, recently hosted a special TV program entitled “Immigration,” focusing on the danger Muslims in Europe — namely in France — pose to their host societies. In the program, the hosts speak about how “jihadists” who fight with the Islamic State group and al-Qaeda are returning to Europe and planning to target Jews.

Indeed, despite the “violence” which the Jews of Europe practice against Arabs on a daily basis in Israel, Israeli authorities and media turn to Europe to argue that Jews are the future victims of extremist Muslims.

The Palestinian president on Wednesday hurried to denounce what he called a “heinous crime” and a “terror attack” in Paris, and in his message he expressed solidarity with the French people, the government, and families of the victims.

Some Palestinian diplomats now fear that such an attack could undermine the multiple recognitions of Palestinian statehood carried out by European parliaments in recent months, causing the same governments to hesitate when it comes to recognition of Palestine as a state especially amid the backlash in European media against Muslims as a whole.

On the other hand, media outlets in Arab countries have expressed feelings of guilt and even embarrassment toward the Paris shooting.

Meanwhile, the Israeli media from the first moment dedicated all of its efforts to try and connect the events in France with the Palestinian cause.

A quick glance at the Twitter account of Israeli economy minister Naftali Bennett — who is currently being accused by many in the Israeli media of masterminding the 1996 Qana massacre at a UN base in Lebanon which left more than 100 children dead — is enough to show how he is trying to score cheap points using the Paris shooting against the Palestinian people’s freedom and in support of the Israeli occupation’s own terrorism.

For instance, he tweeted: “I suggest that (Israeli politician) Tzipi Livni travel to Paris and suggest that the French people apologize for the French occupation!” The tweet, apparently referencing France’s 162-year long occupation of Algeria, takes a swipe at Livni, who is seen as being more at the liberal end of the Israeli spectrum.

Bennett’s reaction to the Paris shooting just might be the worst on Earth.

Israeli Prime Minister Benjamin Netanyahu followed in the footsteps of his friend and colleague Bennett, yet he was more cautious. He sent condolences on his Facebook account to the French people just after he and his cabinet ministers slammed Europe and France for their support for the Palestinian cause.

Among the most shocking comments made by Netanyahu toward Europe in recent weeks was a statement released in mid-December, when he accused Europe of “learning nothing” from the Holocaust.

“It looks like there are too many people in Europe, on the ground where six million Jews were slaughtered, who haven’t learned a thing,” he said, in response to the EU’s decision to delist Hamas from its terror watch list.

But on Wednesday, at least, Netanyahu took a more subdued tone, unlike minister Bennett.

And while Palestinian and Israeli leaders attempt to figure out how this attack will influence their respective battles, in Western Europe a nation sits in mourning.

Despite Paris’ wounds, it has not — and it will not — lose its mind.

Europe is still the continent which can boast of widespread freedoms in all aspects of life, including freedom of expression as well as culture, education, and civilization.

Europe is still capable of differentiating between a bunch of crazy terrorists, a crazy occupation, and an innocent citizen living under occupation seeking help.

Nasser Lahham is the editor-in-chief of Ma’an News Agency.