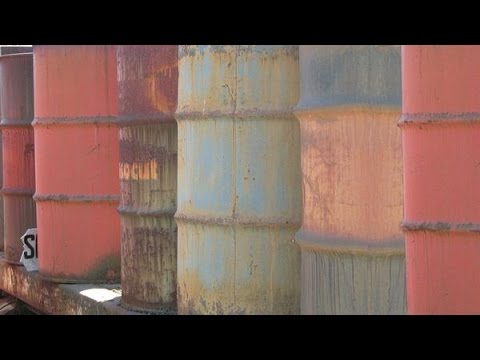 By Susan Christopherson | (The Conversation)

In a surprise decision that led to consternation in the oil and gas industry and elation among fracking opponents, New York Governor Andrew Cuomo in December banned fracking in the state. He attributed his decision to unresolved health risks associated with this drilling technique, but the governor surely also weighed the economics and the politics.

During the past five years, I’ve researched and written about the economic impacts of fracking and, as a long-time resident of New York, I have observed its fractious politics. What I’ve found is that most people, including politicians and people in the media, assume that fracking creates thousands of good jobs.

But opening the door to fracking doesn’t lead to the across-the-board economic boon most people assume. We need to consider where oil and gas industry jobs are created and who benefits from the considerable investments that make shale development possible. A look at the job numbers gives us a much better idea of what kind of economic boost comes with fracking, how its economic benefits are distributed and why both can be easily misunderstood.

Not a recession buster

Pennsylvania is one of the centers of dispute over fracking job numbers. In Pennsylvania, the job numbers initially used by the media to describe the economic impact of fracking were predictions from models developed by oil and gas industry affiliates. For example, a Marcellus Shale Coalition press release in 2010 claimed:

“The safe and steady development of clean-burning natural gas in Pennsylvania’s portion of the Marcellus Shale has the potential to create an additional 212,000 new jobs over the next 10 years on top of the thousands already being generated all across the Commonwealth.”

These job projections spurred enthusiasm for fracking in Pennsylvania and gave many people the impression that oil and gas industry employment would lead Pennsylvania quickly out of the recession. That didn’t happen.

Pennsylvania’s unemployment roughly tracked the national average throughout the state’s gas boom. While some counties benefited from the fracking build-up, which occurred during the “great recession,” the state economy didn’t perform appreciably better than the national economy.

Nationally, the oil and gas industry employs relatively few people compared to a sector like health care and social assistance, which employed over 16 million Americans in 2010. The drilling, extraction and support industries employed 569,000 people nationwide in 2012, according to the Energy Information Administration (EIA).

Although it grew faster than other sectors of the economy, the core of oil and gas employment constitutes only one half of one percent of total US private sector employment. This total includes jobs unrelated to shale development and jobs that preceded the shale boom. As for job growth, the EIA indicates that 161,600 of these jobs were added between 2007 and 2012. Drilling jobs specifically increased by only 6,600.

Impressive growth percentages notwithstanding, that is not a lot of jobs. In 2010, more than 143 million people were employed in the US, according to the Bureau of Labor Statistics (BLS).

In Pennsylvania, the Multi-State Shale Research Collaborative (MSSRC) report on shale employment in the Marcellus states found that shale development accounts for 1 out of every 249 jobs, while the education and health sectors account for 1 out of every 6 jobs.

The central issue with job projections is how many additional jobs are credited to oil and gas development beyond the relatively small number of people directly employed in oil and gas extraction.

In December 2014, Pennsylvania’s Department of Labor and Industry reported that just over 31,000 people were employed in the state’s oil and gas industry. That figure was higher than the federal data indicates, but appears to be reasonable. However, what’s striking is that the Department attributed another 212,000 jobs to shale development by adding employment in 30 “ancillary” industries.

All employment in these related industries – including such major employers as construction and trucking – was included in this attributed jobs figure. Thus, a driver delivering for FedEx or a housing construction worker were “claimed” as jobs produced by the shale industry.

Depending on how broadly you define the state’s oil and gas industry, between 5,400 and 31,000 people were employed in Pennsylvania before many of the rigs started pulling out in 2012 to head west. Certainly, jobs in other sectors were also created, but a generous estimate would be 30,000 to 60,000 rather than the hundreds of thousands claimed by industry promoters.

The MSSRC report demonstrates that only a tiny portion (under 1%) of jobs in many of these 30 industries could be related to shale development activities, and further, that Pennsylvania employment in these industries overall changed little before, during, and after the shale boom.

Beyond the exaggerated numbers, a geographic blindness obscures our view of fracking jobs. Where do the workers extracting gas in Pennsylvania or Ohio live and spend their money? Where are the best jobs located? While the fracking industry may support the national economy as a whole, some places are winners and others are losers.

In Ohio, where extraction continues because its shale holds both natural gas and other valuable “wet gas” hydrocarbons, a series of investigative reports by The Columbus Dispatch showed that at least a third of the workforce in drilling areas are transient workers. In the four Ohio counties with the most shale permits, the number of local people employed actually decreased between 2007 and 2013.

This tells us that the production sites aren’t necessarily the places that get the economic boost. The most skilled workers on drilling crews are from Texas and Oklahoma and they return home to spend their earnings. Northern Pennsylvania drilling crews spent much of their money in the Southern Tier of New York.

My own research on the geography of shale jobs shows that Texas has derived the lion’s share of the benefits from US fracking. Texas has consistently had around half the jobs in the oil and gas industry (currently 47%). During the 2007-2012 shale boom, Pennsylvania gained 15,114 jobs in the drilling, extraction and support industries, but Texas gained 64,515 – over four times as many jobs. Texas not only has much of the skilled drilling workforce, but the majority of the industry’s managers, scientists and experts, who staff the global firms headquartered in Houston. Still, even in Texas, energy-related jobs constitute only 2.5% of the state’s now more diversified employment.

What does this tell us about New York’s decision on fracking? Andrew Cuomo may have decided that the state would do better providing finance capital to the oil and gas industry from Wall Street rather than taking on high-risk, low-reward fracking production.

Susan Christopherson is Professor, Department of City and Regional Planning at Cornell University

Ned Rightor, an independent researcher, contributed to this article.