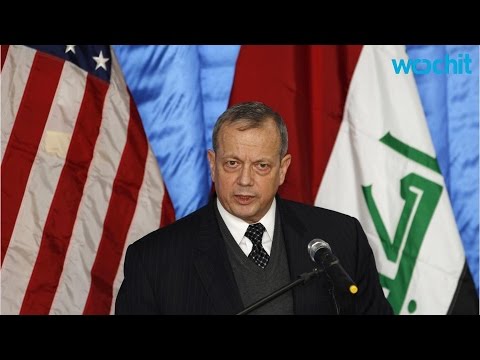 Four months have passed since the US began to work with an international alliance to confront the threat of the extremist group, the Islamic State, in Iraq. Yet for many locals, there don’t seem to be any obvious results.

The Islamic State, or IS, group still has control of over around 70 percent of the province of Anbar as well as other cities, like Tikrit and Baiji in Salahaddin province as well as parts of Diyala and Kirkuk.

As a result of what appears to be something of a stalemate, some Iraqi politicians have started to question an essential agreement between Iraq and the US, known as the Strategic Framework Agreement for a Relationship of Friendship and Cooperation between the United States and the Republic of Iraq. It’s known as the SFA for short.

As the US Embassy in Iraq’s website describes the agreement, which was signed in November 2008, it, “guides our overall political, economic, cultural, and security ties with Iraq”.

Section 3 of the SFA describes the close cooperation between the two signatories on defence and security in Iraq. Yet slowly but surely Iraqis are starting to question: Why can’t a superpower like the US defeat the IS group?

And last week Iraqi MPs began to push for answers, with some even suggesting a cancellation of the SFA. Among them was Alia Nassif, an MP for the ruling State of Law party, a Shiite Muslim-majority party headed by both the current and former Prime Ministers of Iraq. “Iraq does not benefit from the security agreement with the US,” a statement from Nassif’s office said. “On the contrary the agreement has become a heavy burden on us because the US has not fulfilled one of its stated obligations – strengthening and supporting the democratic system in Iraq. The IS group threatens the whole existence of the Iraqi state.”

Nassif also noted that the international alliance fighting against the IS group, which is being led by the US, isn’t large enough or consistent with the strength of the American nation, which could defeat the extremists within weeks if it wanted to.

Niazi Mimar Oglu, the MP representing the interests of Turkmen in Iraq’s Parliament, was another politician calling for the end of the SFA. “This agreement prevents Iraq from getting weapons from other countries because the US promised to give Iraq arms,” Oglu told NIQASH. “But the US hasn’t kept its promise, especially at a time when we are in desperate need.”

These kinds of criticisms appeared to be the motivation that the Ahrar block in Baghdad – the political wing of the movement led by cleric Muqtada al-Sadr, who was always vehemently opposed to the US presence in Iraq – needed to start collecting signatures so that the proposed end of the SFA could be discussed in Parliament.

The Iraqi Constitution says that if 25 MPs can agree, they can propose a general topic for discussion in Parliament. If MPS can win over 215 others in the 328-seat Iraqi Parliament then they can also overturn agreements like the SFA.

However, as Ahmed al-Rubaie, an expert on international law*, points out, most of the politicians calling for the end of the SFA don’t really understand what it’s about.

“The agreement isn’t actually binding for either party,” he says. “And it doesn’t define the size or nature of US support to Iraq in security-related issues. The agreement contains expressions of support but it in no way defines what the size of, or nature of, this support should be.”

Al-Rubaie says that either party could do everything – or nothing – and there would be no legal consequences. There are no punitive clauses in the SFA if either party doesn’t abide by it. So putting the words into action is optional, for both Iraq and the US.

Besides the growing political opposition to the SFA, locals have also been perturbed by recent reports coming from unofficial Shiite Muslim militias fighting alongside the regular Iraqi army. They say that the US has managed to drop weapons and supplies to areas controlled by the IS group. So the extremists are getting these supplies, they say.

The Ali al-Akbar Brigade, a Shiite Muslim militia fighting in Salahaddin province, said they saw a US military helicopter throw weapons into the Yathrib area occupied by the IS group. Additionally two other militias – the League of the Righteous and the Peace Brigades – reported similar events.

However it is also important to consider where these complaints are coming from. Most of them originate from Shiite Muslim politicians and militias, who may well be more influenced by aid from Iran than from the US. Both nations are helping Iraqis in the fight against the IS group – the Iranian assistance has gone from slightly more covert to very much overt in recent days with leading Shiite Muslim militia commander, Hadi al-Ameri, declaring his thanks for Iranian salvation.