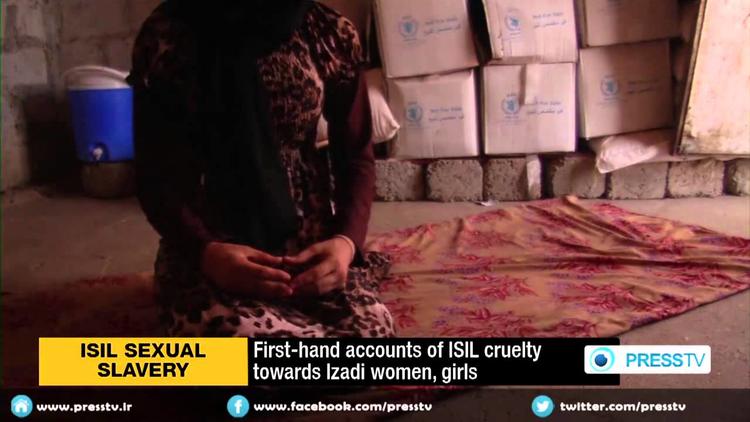 Bayan Nouri has a tough job over the next four years – the new Minister for Women’s Affairs in Iraq must try to improve the economic lot of Iraq’s women, prevent systemic domestic violence against females and work on problems like female genital mutilation and underage marriage as well as somehow help the hundreds of thousands of Iraqi women affected by the current security crisis. One thing she won’t be doing though is banning polygamy.

She talked to NIQASH about whether her Ministry can do anything to help women affected by the extremist takeover of some parts of the country, including what it can do for the women that the extremist group known as the Islamic State, had abducted.

Nouri also explained her thoughts on Iraq’s controversial personal status law and her positions on female genital mutilation, women being forced to wear the full veil, or niqab, and the important difference between being married by a cleric and being married in a civil ceremony. She also spoke about why it would be a bad idea to ban polygamy – where a man has several wives – altogether in Iraq

NIQASH: Most international studies are critical of the status of Iraqi women. What plans does your Ministry have to improve this situation?

Bayan Nouri:   We have a strategy with six different platforms and these are legal, educational, health-related, professional and leadership-related as well as assisting institutions that work on women’s issues.

There is no doubt that the situation for women has worsened over the past four years and it certainly cannot be repaired in four years. However, we will continue to try, in all areas, to improve the situation by paying more attention to family protection units, assisting them to reduce domestic violence. We also want to improve the economic status of Iraqi women by granting small loans in coordination with the Ministry of Labour and Social Affairs. We will also coordinate with the Ministry of Education in order to look more closely at the education of females because there is a big gap between the number of females and males who complete middle and secondary school. We are also coordinating better with the Ministry of Health, paying better attention to women’s health and to infant mortality rates. We also care about female participation in decision making.

NIQASH: After decades of conflict, Iraq has a huge number of widows – an estimated one million. Can your Ministry help them?

Nouri: … We do have plans for 2015 though and these involve seeing a percentage of these widows employed or to have them improve their own financial situation through small business loans. We also want to provide residential units at discounted prices

NIQASH: At one stage, you said that domestic violence was actually the most common kind of violence in Iraq – despite all of the fighting that is going on.

Nouri: We’re trying to hold training courses in this area, we have established family protection units and we also have draft family protection law before the Cabinet. When this law is passed, it’s going to have a big impact.

NIQASH: And what are your thoughts on the rather controversial personal status law that says girls as young as nine years old can be married?

Nouri: We don’t support early marriage at all, especially not for girls who are only nine. This version of the personal status law has already been rejected by my Ministry. But we do need to find another legal solution

NIQASH: Do you believe the personal status law should be amended?

Nouri:  I have yet to work with women in central and southern Iraq as much as I have worked with women in Iraqi Kurdistan. However the experience I’ve had in Iraqi Kurdistan cannot be the basis for working in other parts of Iraq. So to begin with we will do some more research, on discrimination and on any laws that have encouraged discrimination. The second study will look at similar laws in neighbouring countries. Once that’s been done we will be able to take some definitive steps towards making changes to the law

NIQASH: What about the issue of polygamy? In Iraqi Kurdistan, where you’re from, it’s virtually been banned. Yet men will simply cross the border into Iraq to marry a second and even a third wife.

Nouri:  We don’t have any plans to forbid it completely but we’re going to try and restrict it further. That is because we are not absolutely sure that banning it won’t actually have a negative effect on women under current conditions in Iraq. It might lead to an increase in divorce rates

NIQASH: If there was a law that banned female genital mutilation, that banned any marriages that were not concluded in a court of law and that banned the enforced wearing of the niqab, would you vote for it?

Nouri:   In terms of the issue of female genital mutilation I highly doubt whether such a law would ever be submitted because it’s not really something that happens in central and southern Iraq. But if it was submitted, we would certainly vote for a ban because of the lasting physical and psychological damage such a practice does.

In terms of marriage that isn’t ratified by a court, I’m against it [Editor’s note: in Iraq, clerics can conclude various types of marriage, including very short term marriages between a man and a woman who is working as a prostitute, as well as longer term, more conventional marriages that are adjudicated only by clerics and family members]. It’s a widespread practice but it causes a lot of problems for anyone who gets divorced; their children are then unable to get official documents they require.

And as for the niqab, I believe that women should have the freedom to wear the clothing they want without restriction

NIQASH: Let’s move onto the security crisis that is currently affecting Iraq, where extremists from the group known as the Islamic State are trying to claim parts of Iraq as their own. This has certainly affected many women. Does your Ministry plan to help them at all?

Nouri: Any practical, physical help provided would come through the Ministry of Displacement and Migration. Our own ministry doesn’t have its own budget; it’s basically linked to the Iraqi Cabinet and it can only implement projects when coordinating with other international or local organisations.

So in terms of these women, we can only support them psychologically – we can make sure their voices are heard by international aid organisations.

NIQASH: What about the women that the extremists have kidnapped?

Nouri: Getting these women released is a very difficult thing. That is the same when any crimes like this are committed, anywhere around the world, during times of conflict. Together with any other related parties, our ministry is trying to help in any way that we can

NIQASH: What about the kidnapped women that have already been released?

Nouri: We have discussed the provision of psychological and health care as well as housing with corresponding international organisations. There’s also a draft resolution before the Iraqi Cabinet about social welfare payments of up to IQD10 million [around US$8,300] per person.

NIQASH: The Kurdish women soldiers who are fighting in the Syrian Kurdish town of Kobani have become the focus of the international media attention. As a Kurdish woman yourself, how do you feel about that?

Nouri:  We are so grateful for what they – and any other women who sacrifice their lives for their own countries – are doing.