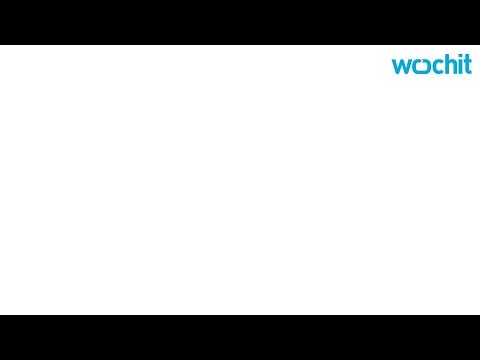 After consistently rejecting the idea, Kabul could no longer ignore what self-declared recruiters and fighters had been telling them for months — the Islamic State (IS) group had indeed arrived in Afghanistan.

“Islamic State or those people who call themselves Islamic State are active in some areas and our intelligence reports confirm it and we cannot deny it,” Interior Ministry spokesman Siddiq Sidiqqi admitted during a February 10 interview with RFE/RL’s Radio Free Afghanistan.

The message resonated, particularly considering that it came just two days after Sidiqqi had urged media not to report on “a group that doesn’t even exist in Afghanistan” because it could further Islamic State’s aims.

But he said that national security forces were on top of the situation, offering assurances that “wherever they act we destroy them and don’t give them the opportunity to become active in Afghanistan.”

As it turns out, even as Kabul worked to downplay talk of Islamic State’s arrival in Afghanistan, it was actively trying to ensure the import did not gain a foothold in the country.

The efforts paid off on February 9 when Mullah Abdul Rauf, who had publicly declared that he was recruiting for Islamic State in Afghanistan’s southern Helmand Province, was killed in a military operation there.

Confirming the death of the former Taliban commander and Guantanamo prison inmate, Afghanistan’s spy agency — the National Security Directorate (NSD) — said Rauf had been a top priority for a month.

He said that he was arrested about two months ago by NSD officers when he appeared in Kabul for what he thought would be peace talks with government officials.

Wahidi said it was he who sent and appeared in a video to a Radio Free Afghanistan correspondent in September in which he claimed to represent a group called the Islamic Organization of Great Afghanistan, and expressed its willingness to fight for Islamic State “caliph” Abu Bakr Al-Baghdadi.

A local official, speaking on condition of anonymity, said Wahidi was sentenced to 15 years’ imprisonment for serving as Islamic State’s spokesman and for his role in kidnapping a Ghazni official in late 2014.

There has been ample skepticism about whether Islamic State is capable of carving out a place for itself in a militant scene dominated by well-established groups such as the Taliban and Al-Qaeda.

Some pointed to cultural clashes that would erupt when outsiders adhering to a strict form of Wahhabism encroached on long-established tribal traditions in Afghanistan. Others asked whether disgruntled Taliban were simply saying they were allying themselves with Islamic State in order to gain street cred. And the possibility was raised that provincial officials were heightening alarm in order to attract more funding and security from Kabul.

But as the discussion wore on, reports about the presence of Islamic State and Wahhabist, foreign fighters continued to trickle in.

Mohammad Jan Rasulyar, deputy governor of Helmand Province, claimed in late January that IS militants were active in Kajaki District, where Rauf was later killed.

Rasulyar said the Islamic State militants, who were carrying black flags to indicate their allegiance to Al-Baghdadi’s group, were clashing with white-flagged Taliban.

“We consider both groups an enemy, both of them are enemies of Afghans and killing Afghans,” Rasulyar said. “But, it would better for us if they would fight each other and our Afghans were spared from their evil.”

A local resident, who spoke to Radio Free Afghanistan on condition of anonymity, said on January 26: “They have come here, spreading propaganda and talking a little bit about Wahhabis. Local mullahs are concerned.”

To the west, in Farah Province, an official told RFE that IS-linked militants had moved into a mountainous region in Khak Safed district.

“There are about 80 people in 10 groups, they are flying the black flag. They are training children to use weapons and when they come to the village, they spend their own money,” district Governor Abdul Khaleq Norzai said on January 25. “They don’t take anything from others and don’t eat others’ food. If something costs 10 afghanis they pay 20 afghanis for it.”

Nipping IS In The Bud

“Worrisome” and “serious” appear to be the common refrain among Afghans and outside observers when discussing Islamic State’s presence in Afghanistan.

Speaking before a gathering of Afghan clerics in the northern city of Mazar-e-Sharif on February 13, Deputy Chief Executive Officer of Afghanistan Mohammad Mohaqiq called on the Afghan government to take serious action to counter Islamic State’s activities.

Military analyst Jawed Kohistani said that, if Kabul doesn’t answer the call now, it will mean trouble by as early as this summer.

“They [IS recruits in Afghanistan] will resolve their problems with the Taliban, find resources to fund their activities, and will be prepared for offensive operations,” he told Radio Free Afghanistan on February 13. “If [the government] doesn’t make good use of the capabilities and abilities of its military forces and doesn’t pay attention to intelligence, we will be confronted with enormous problems in the future.”