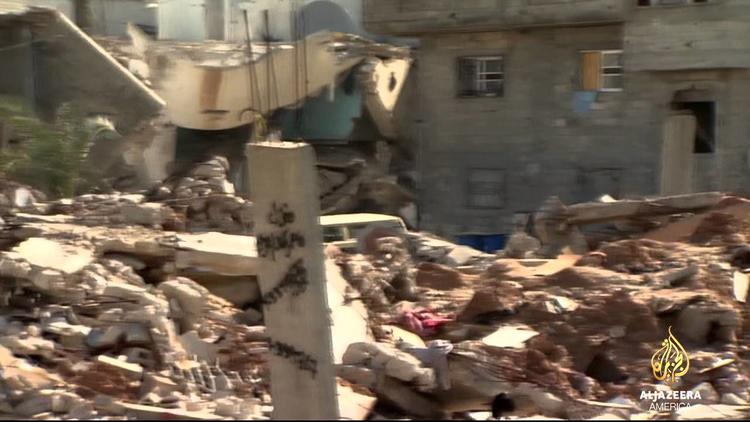 British rights organization, Oxfam, stated that the reconstruction of the Gaza Strip may take more than 100 years, at the current rate, to complete essential building of homes, schools and health facilities in Gaza unless the Israeli blockade is lifted.

According to Al Ray’s report, less than 0.25 percent of truckloads containing essential construction materials needed have entered Gaza in the past three months. Six months have now passed since the end of the conflict, and the situation in Gaza is becoming increasingly desperate.

Oxfam is calling for an urgent end to the blockade, which has now been in place for nearly eight years.

Gaza needs more than 800,000 truckloads of materials required after repeated conflicts and years of blockade, according to aid agencies on the ground, Catherine Essoyan, Oxfam’s Regional Director, explained on Thursday.

Essoyan also pointed out that the conflict displced about 100 thousand people, half of them children, now living in shelters and temporary housing centers or with their extended family:

“Every day that people are unable to build is putting more lives at risk. Only an end to the blockade of Gaza will ensure that people can rebuild their lives. Families have been living in homes without roofs, walls or windows for the past six months. Many have just six hours of electricity a day and are without running water.”

She added that there has been no progress in the core to reach long-term solutions to the crisis in the Gaza Strip, which was supposed to occur after the announcement of the cease-fire talks.

She noted that the growing tension within the Palestinian unity government would exacerbate the situation in Gaza.