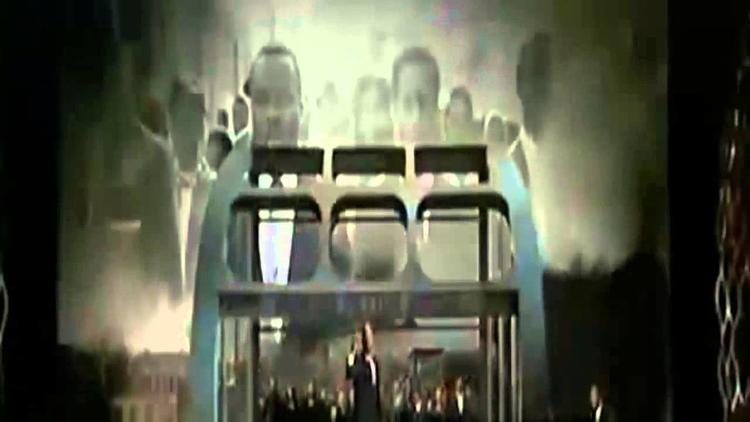 If social and economic inequality were a mine, and if America were deep in this mine with a canary in tow, the canary would long since have expired. Some 400 billionaires have more wealth than the bottom half of Americans. We lived through a year of dramatic incidents underscoring the continued second-class citizenship of African-Americans. Women still don’t make as much for the same work as their male counterparts and their right to choice and control over their own bodies has been de facto curtailed by theocratic state legislatures. Gay people still face prejudice and resistance to same sex marriage rights.

The committed artists honored at the 87th Academy Awards took advantage of their bully pulpits to make an amazing series of eloquent statements on behalf of minorities and the discriminated-against. Referring to the controversy over the all-white nominees in acting categories, host Neil Patrick Harris quipped at the opening, ““Tonight we honor Hollywood’s best and whitest — I mean brightest.” For all this hoopla about the overwhelmingly white, elderly and male character of the Academy voting members, however, the stage they provided to honorees was the scene of many poignant pleas for equality and decency.

Graham Moore won for his screenplay for “Imitation Game” (the story of how Alan Turing broke the Nazis’ communication code during World War II, saving countless Allied lives). Turing was later arrested for being gay and sentenced to two years of hormone treatment, which probably led to his suicide. Moore in his acceptance speech spoke of having been treated as the weird kid when young, and revealed that he had tried to commit suicide at age 16. He said:

“Here’s the thing. Alan Turing never got to stand on a stage like this and look out at all of these disconcertingly attractive faces. I do! And that’s the most unfair thing I’ve ever heard. So in this brief time here, what I wanted to do was say this: When I was 16 years old, I tried to kill myself because I felt weird and I felt different , and I felt like I did not belong. And now I’m standing here… and so I would like this moment to be for this kid out there who feels like she’s weird or she’s different or she doesn’t fit in anywhere. Yes, you do. I promise you do. Stay weird, stay different and then, when it’s your turn, and you are standing on this stage, please pass the same message to the next person who comes along. Thank you so much!”

John Legend and Common performed “Glory” from the film “Selma,” bringing tears to eyes and provoking a standing ovation from the attendees. The song won an Oscar.

“We know that the Voting Rights Act that they fought for 50 years ago is being compromised right now in this country . . . We know that right now the struggle for freedom and justice is real,” he said. “We live in the most incarcerated country in the world. There are more black men under correctional control today than were under slavery in 1850.”

Referring to the Edmund Pettus Bridge where King and his followers were confronted by Selma police, Mr. Legend remarked,

“This bridge was once a landmark of a divided nation but now is the symbol for change. The spirit of this bridge transcends race, gender, religion, sexual orientation and social status.”

Patricia Arquette, who won “Best supporting actress” for her role in “Boyhood,” spoke up for gender equality:

“To every woman who gave birth, to every taxpayer and citizen of this nation: We have fought for everybody else’s equal rights. It’s our time to have wage equality once for all. And equal rights for women in the United States of America.”

Likely, Arquette’s complaint referred in part to new revelations about unequal remuneration in her own industry. The hackers who attacked Sony Pictures last summer over the film, “The Interview,” leaked correspondence that male stars getting better pay than their female co-stars across the board. Charlize Theron, on finding out that she was to be paid substantially less than male co-star Chris Hemsworth for “Huntsman,” demanded and got a $10 million raise.

Alejandro González Iñárritu won for best director for “Birdman or (The Unexpected Virtue of Ignorance),” and the film won “Best Picture.”

At the end of his acceptance speech for “Best Director,” he briefly shouted out to “mi compatriotes mexicanos”– my Mexican compatriots. It wasn’t clear whether he meant all his fellow Mexicans, or he was playfully referring to his dear friends in Hollywood, Alfonso Cuaron and Guillermo del Toro.

But when “Birdman” won for best film, introducer Sean Penn attempted a joke: “Who gave all these Mexicans green cards?” The reference was that it was the second year in a row that a Mexican-American won for best director. The jest was poorly received on Twitter, though no one thinks it was meant in a negative way.

In his acceptance speech for best film, Iñárritu said he hoped Mexicans would “find and build a government that we deserve.” Mexico has been roiled in the past year by the disappearance of dozens of students and indications that they were murdered by police at the behest of drug smugglers, pointing to a web of governmental corruption that has finally become a matter of public discussion after being whispered for years.

Of his fellow Mexican-Americans he said, “I just pray they can be treated with the same dignity and respect of the ones that came before and built this incredible, immigrant nation.”

The LA Times notes, “His speech prompted an outpouring of praise and pride for Mexico, with the hashtag #VivaMexico and Iñárritu trending on social media.”

Eddie Redmayne won best actor for “The Theory of Everything,” a biopic about astrophysicist Stephen Hawking, who suffers from Amyotrophic Lateral Sclerosis (ALS, or Lou Gehrig’s disease). In his acceptance speech he spoke up for the ALS community.

Along with all these pleas for social justice and respectful treatment of women, African-Americans, Mexican-Americans, gays and the differently abled, one award provided the opportunity for awardees to speak up for us all. Laura Poitras won best documentary for “Citizenfour,” her film about Edward Snowden and his leaks. Poitras was joined on the stage by reporter Glenn Greenwald, who also played a central role in blowing the whistle on unconstitutional spying on Americans by the National Security Agency.

Poitras said in her acceptance speech,

“The disclosures that Edward Snowden revealed don’t only expose a threat to our privacy but to our democracy itself. Thank you to Edward Snowden for his courage and for the many other whistleblowers.” Snowden, in a statement released after the award was announced, said, “My hope is that this award will encourage more people to see the film and be inspired by its message that ordinary citizens, working together, can change the world.”

All Americans suffer when the government disregards the Fourth Amendment and violates our right to the privacy of our papers and effects. We have no idea how this information is being used, and there is reason to fear that it is being used in sinister ways. Even Orwell’s Big Brother was not as efficient at domestic surveillance as today’s NSA. In the absence of privacy, democracy cannot flourish. Most public people have secrets and can be blackmailed by security agencies to fall silent on key issues. Privacy is the cornerstone of individual dignity. It has been stolen from us by a government out of control.

There you have it, the most politically progressive Oscars ever, provoked by the sacrifices of Ferguson and many other such instances of racial injustice and by discrimination against a wide range of groups in US society. Artists do not have the levers of power the way politicians do, but they can influence public opinion. It takes courage for a performer to take a stand (there is a danger of losing half of one’s fans in an evening). We saw a lot of courage and a lot of high ethics last night. The ceremonies began with a musical duel between Neil Patrick Harris and Jack Black over the good Hollywood of art and ideals and the bad Hollywood of back room deals and backstabbing. The good Hollywood won last night.