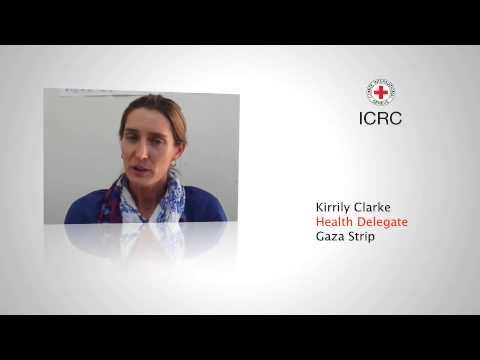 A top United Nations official warned, on Wednesday, of an ‘increasingly toxic environment’ in the besieged Gaza Strip and called on Israel to release Palestinian tax revenues.

Briefing the UN Security Council on the situation in the Middle East, Under Secretary-General for Political Affairs Jeffrey Feltman discussed what he described as ‘another tumultuous and deadly month in the Middle East’, taking the opportunity to warn about “steadily increasing tensions and swelling violence.”

“We see the circumstances in Gaza as becoming increasingly worrisome as we approach the six-month mark since the end of last summer’s conflict. The combination of the failure to rectify the persistent governance and security issues and the slow pace of reconstruction has created an increasingly toxic environment.”

Expressing his concerns about the adverse impacts on the two-state solution, Feltman said, according to WAFA: “The conflict between Israel and the Palestinians continues to threaten further escalation. As we warned this Council last month, if this occurs it may have highly damaging, and potentially irreversible, consequences for both parties and for the two-state solution.”

Pointing to a total of $200 million in Palestinian tax revenues withheld by the Israeli Government, Feltman said that the Palestinian Authority (PA) is facing “acute fiscal challenges that must be urgently addressed,” and described PA’s approach to lend from private banks to pay portion of its civil servants’ salaries as “neither sufficient nor sustainable.”

“Paralyzing the Palestinian Authority from conducting essential Government business – including functions related to health services and law and order – is in no one’s interest. Israel’s action is a violation of its obligations under the Paris Protocol of the Oslo Accords and we, again, call for an immediate reversal of this decision.”

Conveying the Secretary-General’s call for both sides to refrain from unilateral steps that could further aggravate the situation, Feltman highlighted the Quartet’s call for Gaza reconstruction to be accelerated and stressed the need for ‘concrete actions’ and ‘clear unity of purpose’ from the international community so that the Quartet can play an effective role.

Feltman expressed his concerns about the fragile security situation, the volatile political dynamics and the persistently slow pace of reconstruction:

“The often-repeated political challenges in Gaza endure and represent clear dangers for stability. They include the moribund effort to consolidate ceasefire arrangements and the absence of genuine intra-Palestinian reconciliation, including the outstanding issues of unpaid salaries to Gaza public sector employees and civil service reform.”

The UN political chief claims that the temporary Gaza Reconstruction Mechanism was “functioning and delivering concrete results,” pointing to 50 construction projects that were under consideration and to the fact that over 75,000 Palestinians have been cleared to receive construction material for shelter repairs, over 47,000 have already procured construction material to date.

Feltman stated that a key factor is that international donors to fulfill their pledges without further delay, warning that failing to do so threatens another escalation in the Strip.

“While the primary obligation evidently lies with the parties, a key component of reversing these negative trends is implementation of the financial commitments made by donors at the Cairo conference. Failure to deliver the necessary support is putting an almost unbearable strain on an already highly fractious environment.”

He noted in this respect that UNRWA urgently needs $100 million for its cash assistance programme and that another $705 million are needed for addressing the humanitarian needs of 1.6 million Palestinians in Gaza and the West Bank.

He reiterated the Secretary-General’s call for Egyptian authorities to re-open the Rafah crossing and expressed his concerns about the continued clashes in the occupied West Bank during the reporting period.

Referring to the demolition of Palestinian houses by Israel, Feltman urged Israel to cease such demolitions and displacements of Palestinians in East Jerusalem and Area C and to facilitate international assistance to vulnerable communities, stressing that Area C is fundamental to the contiguity of the West Bank and the viability of Palestine and its economy.

He also expressed his disappointment about the latest tenders to construct settler’s units in West Bank settlements, reiterating that “settlement activity is illegal under international law and an obstacle to peace,” and calling for it to be halted and reversed.

In conclusion, Feltman underscored the priority of “establishing a framework that could lead to a comprehensive peace” and expressed his hopes that the international community, possibly through a reinvigorated Quartet, “can help the parties avoid a downward slide and support a return to negotiations.

“However, international efforts cannot succeed in isolation. A genuine and lasting peace can only be reached by the commitment of the parties to overcome their mistrust and make the difficult compromises necessary to achieve a resolution to this conflict.”