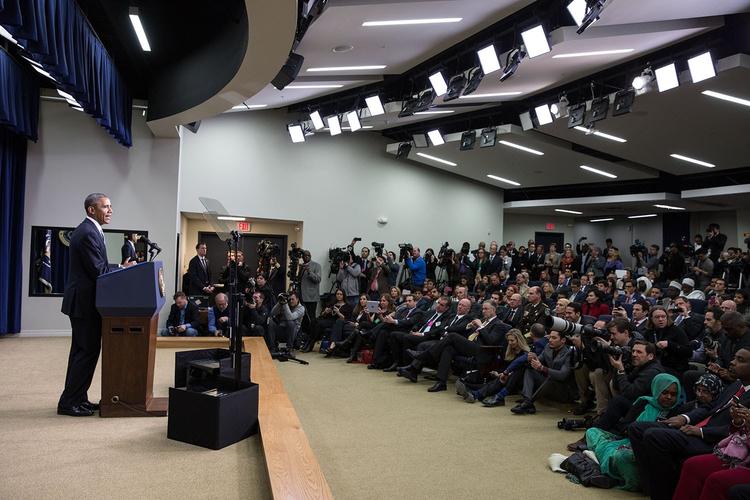 U.S. President Barack Obama has said the United States is not “at war” with Islam, but with people who distort the religion.

Speaking on February 18 at the three-day White House Summit on Countering Violent Extremism, Obama said, “We are not at war with Islam. We are at war with people who have perverted Islam.”

Some have criticized the White House for avoiding connecting extremism to the religion of Islam following shootings by Islamic militants in Paris and Copenhagen.

The U.S. president depicted IS as a threat to the whole world, adding that the radical group as well as Al-Qaeda are “desperate for legitimacy.”

Former U.S. President George W. Bush had also said repeatedly that the United States was not at war with Islam.

Obama also called on American Muslim communities to do more to counter what he called “violent extremism.”

He said, “Muslim leaders need to do more to discredit the notion that our nations are determined to suppress Islam.”

Obama said young Muslims are particularly susceptible to extremist propaganda, which can lead them to join IS in Syria or carry out attacks domestically.

In congressional testimony last week, U.S. intelligence officials said as many as 150 Americans have attempted to travel to Syria to fight with the Islamic militants.

The Washington conference drew delegates from 60 countries in the wake of a string of brutal attacks in Europe and the Middle East.

The White House: “President Obama Speaks at the Summit on Countering Violent Extremism”