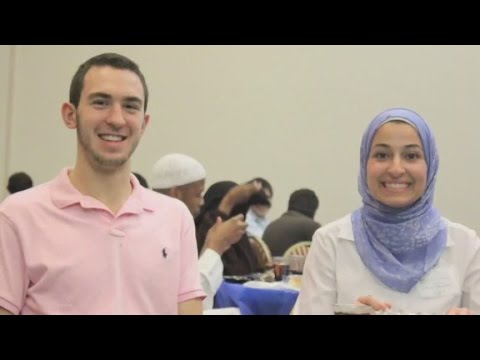 Did a self-radicalized lone wolf white terrorist kill three young Muslim students in cold blood in Chapel Hill? It is a kind of a stupid question, but its stupidity is just more apparent when asked of someone with an English last name. What does self-radicalized or lone wolf even mean?

Craig Hicks constantly shared anti-Muslim and anti-Christian links on social media and proclaimed to believers, ““I have every right to insult a religion that goes out of its way to insult, to judge, and to condemn me as an inadequate human being — which your religion does with self-righteous gusto…” I think we may conclude that he didn’t like Muslims, and one of the victims told her father that before her death. While he may have been provoked to his rage by a parking incident and while he clearly is one egg short of an omelette, the “new atheist” discourse of believers as oppressive and coercive per se is part of his problem.

“Terrorism” has been racialized in the American press and law enforcement community, marked as having to do with Muslims but almost never used to refer to people of northern European background. A few years ago, when a police spokesman said that “We have concluded that event was not terrorism,” likely what he meant is that no Muslims were involved or that no cell or organization was.

Racializing dissent has an old genealogy in American politics. In the early twentieth century, Jewish-American immigrants were suspected of socialism and Italian-Americans of anarchism. In the Red Scare of 1917-1920, workers who joined labor actions were falsely accused of Communism and were targeted for mob violence, especially if they had “foreign names.” African-Americans who had come north to work in factories during the war, filling a domestic labor shortage, were likewise tagged as subversive. Somehow persons of English ancestry with names like Worthington — even if they were blue collar workers– were not assumed to be Communists or foreign agents or radicals. Russian-Americans were deported. In Illinois after the war, a mob attacked Italian-Americans and razed their homes.

Today it is Muslim-Americans who have been stereotyped as radicals, although the vast majority of them are actually pillars of the establishment and they are better off educationally and financially than the average American. But how to characterize Muslim individuals who committed violence, who were unconnected to any radical network and who were clearly simply mentally ill? Initially Islamophobic diction wasn’t deployed in their regard. But over time, those promoting bigotry managed to make it respectable to sweep even these often mentally fragile individuals up into “terrorism.” The buzzwords used were “lone wolf” and “self-radicalized.”

Terrorism as it was defined in the Federal code in the 1990s made some sense. It was a non-state group that committed violence against civilians for political purposes. The modern democratic state is supposed to have a monopoly on violence (police, army) and people are supposed to seek to influence politics non-violently, by organizing in parties and contesting elections. A group that appointed itself (and was elected by no one) to carry out violence to achieve political goals is a danger to democratic society, usurping the role of the state illegitimately.

But to characterize one unbalanced individual, unconnected to a cell or network, who hits out at a few individuals or a soft target, as a “terrorist” makes little sense. It makes no sense at all except if the word “terrorist” is deprived of its legal meaning, as above, and simply used to denote “Muslim who commits violence for other than purely criminal reasons.” Thus, an official applied the term ‘terrorism’ to jihadi Zale Thompson’s attack on four NY policemen with an axe. Note that the 1990s Federal code would have excluded that attack, horrible as it was, because it was not civilians who were targeted and Thompson was not a group. It also isn’t clear what political goal was furthered. As Gawker’s Hamilton Nolan argued, that was a criminal act. Otherwise, expanding terrorism to cover such one-off acts has the effect of terrorizing society by keeping it on its toes and making it haunted by crackpots.

we had the horrible day-before-Passover attack on two Jewish community facilities outside Kansas City, KS allegedly committed by a Grand Dragon of the Ku Klux Klan, which left 3 people dead. My heart goes out to the innocent victims of hate. I put “Kansas” and “terrorism” in a search of Google News and did not get a single hit on this incident, which tells me that no US news services are describing it that way. Heck, the LA Times said authorities are cautioning that it is too soon even to call the shootings a “hate crime.” Since the shooter is said to have shouted “Heil Hitler,” I’m going to go out on a limb and say it was a hate crime. And I’m also pretty sure it was a form of terrorism.

Likewise, if you search for Wade Michael Page, the white supremacist who shot down Sikhs, “and terrorism,” you only get opinion pages and blogs, not MSM sites.

But a where a lone gunman committing a hate crime is a Muslim, there’s a demand to use the T-word. Moreover, there is the peculiar American practice of laying collective guilt on all Muslims for what any one wacko amongst them does. White people get a pass on having violent and destructive wackos among them.

Let’s retire the ‘war on terror’ (terrorism is a tactic) and the diction of the ‘lone wolf’ and ‘self-radicalized.’ Society has a few criminals and deviants. When they break the law they become criminals and they should be brought to justice. Obsessing about “terrorists” out there somewhere, and implicitly racializing the phenomenon, is a good way to lose what liberties we still have left.

CNN: “Was the Chapel Hill triple murder a hate crime?”