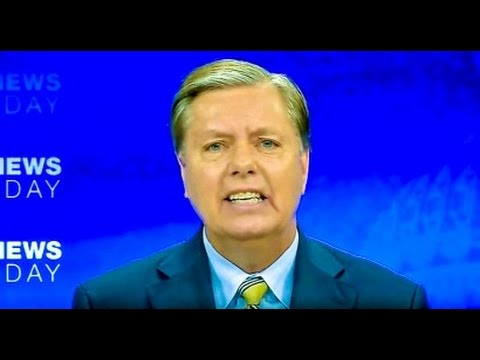 It was launched immediately after the 9/11 attacks, when I was still in the military, and almost immediately became known as the Global War on Terror, or GWOT.  Pentagon insiders called it “the long war,” an open-ended, perhaps unending, conflict against nations and terror networks mainly of a radical Islamist bent.  It saw the revival of counterinsurgency doctrine, buried in the aftermath of defeat in Vietnam, and a reinterpretation of that disaster as well.  Over the years, its chief characteristic became ever clearer: a “Groundhog Day” kind of repetition.  Just when you thought it was over (Iraq, Afghanistan), just after victory (of a sort) was declared, it began again.

Now, as we find ourselves enmeshed in Iraq War 3.0, what better way to memorialize the post-9/11 American way of war than through repetition.  Back in July 2010, I wrote an article for TomDispatch on the seven reasons why America can’t stop making war.  More than four years later, with the war on terror still ongoing, with the mission eternally unaccomplished, here’s a fresh take on the top seven reasons why never-ending war is the new normal in America.  In this sequel, I make only one promise: no declarations of victory (and mark it on your calendars, I’m planning to be back with seven new reasons in 2019).

1.  The privatization of war: The U.S. military’s recourse to private contractors has strengthened the profit motive for war-making and prolonged wars as well.  Unlike the citizen-soldiers of past eras, the mobilized warrior corporations of America’s new mercenary moment — the Halliburton/KBRs (nearly $40 billion in contracts for the Iraq War alone), the DynCorps ($4.1 billion to train 150,000 Iraqi police), and the Blackwater/Xe/Academis ($1.3 billion in Iraq, along with boatloads of controversy) — have no incentive to demobilize.  Like most corporations, their business model is based on profit through growth, and growth is most rapid when wars and preparations for more of them are the favored options in Washington.

“Freedom isn’t free,” as a popular conservative bumper sticker puts it, and neither is war.  My father liked the saying, “He who pays the piper calls the tune,” and today’s mercenary corporations have been calling for a lot of military marches piping in $138 billion in contracts for Iraq alone, according to the Financial Times.  And if you think that the privatization of war must at least reduce government waste, think again: the Commission on Wartime Contracting in Iraq and Afghanistan estimated in 2011 that fraud, waste, and abuse accounted for up to $60 billion of the money spent in Iraq alone.

To corral American-style war, the mercenaries must be defanged or deflated.  European rulers learned this the hard way during the Thirty Years’ War of the seventeenth century.  At that time, powerful mercenary captains like Albrecht von Wallenstein ran amok.  Only Wallenstein’s assassination and the assertion of near absolutist powers by monarchs bent on curbing war before they went bankrupt finally brought the mercenaries to heel, a victory as hard won as it was essential to Europe’s survival and eventual expansion.  (Europeans then exported their wars to foreign shores, but that’s another story.)

2.  The embrace of the national security state by both major parties: Jimmy Carter was the last president to attempt to exercise any kind of control over the national security state.  A former Navy nuclear engineer who had served under the demanding Admiral Hyman Rickover, Carter cancelled the B-1 bomber and fought for a U.S. foreign policy based on human rights.  Widely pilloried for talking about nuclear war with his young daughter Amy, Carter was further attacked for being “weak” on defense.  His defeat by Ronald Reagan in 1980 inaugurated 12 years of dominance by Republican presidents that opened the financial floodgates for the Department of Defense.  That taught Bill Clinton and the Democratic Leadership Council a lesson when it came to the wisdom of wrapping the national security state in a welcoming embrace, which they did, however uncomfortably.  This expedient turn to the right by the Democrats in the Clinton years served as a temporary booster shot when it came to charges of being “soft” on defense — until Republicans upped the ante by going “all-in” on military crusades in the aftermath of 9/11.

Since his election in 2008, Barack Obama has done little to alter the course set by his predecessors.  He, too, has chosen not to challenge Washington’s prevailing catechism of war.  Republicans have responded, however, not by muting their criticism, but by upping the ante yet again.  How else to explain House Speaker John Boehner’s invitation to Israeli Prime Minister Benjamin Netanyahu to address a joint session of Congress in March?  That address promises to be a pep talk for the Republicans, as well as a smack down of the Obama administration and its “appeasenik” policies toward Iran and Islamic radicalism.

Serious oversight, let alone opposition to the national security state by Congress or a mainstream political party, has been missing in action for years and must now, in the wake of the Senate Torture Report fiasco (from which the CIA emerged stronger, not weaker), be presumed dead.  The recent midterm election triumph of Republican war hawks and the prospective lineup of candidates for president in 2016 does not bode well when it comes to reining in the national security state in any foreseeable future.

3.  “Support Our Troops” as a substitute for thought. You’ve seen them everywhere: “Support Our Troops” stickers.  In fact, the “support” in that slogan generally means acquiescence when it comes to American-style war.  The truth is that we’ve turned the all-volunteer military into something like a foreign legion, deploying it again and again to our distant battle zones and driving it into the ground in wars that amount to strategic folly.  Instead of admitting their mistakes, America’s leaders have worked to obscure them by endlessly overpraising our “warriors” as so many universal heroes.  This may salve our collective national conscience, but it’s a form of cheap grace that saves no lives — and wins no wars.

Instead, this country needs to listen more carefully to its troops, especially the war critics who have risked their lives while fighting overseas.  Organizations like Iraq Veterans Against the War and Veterans for Peace are good places to start.

4.  Fighting a redacted war.  War, like the recent Senate torture report, is redacted in America.  Its horrors and mistakes are suppressed, its patriotic whistleblowers punished, even as the American people are kept in a demobilized state.  The act of going to war no longer represents the will of the people, as represented by formal Congressional declarations of war as the U.S. Constitution demands.  Instead, in these years, Americans were told to go to Disney World (as George W. Bush suggested in the wake of 9/11) and keep shopping.  They’re encouraged not to pay too much attention to war’s casualties and costs, especially when those costs involve foreigners with funny-sounding names (after all, they are, as American sniper Chris Kyle so indelicately put it in his book, just “savages”).

Redacted war hides the true cost of a permanent state of killing from the American people, if not from foreign observers. Ignorance and apathy reign, even as a national security state that is essentially a shadow government equates its growth with your safety.

5.  Threat inflation: There’s nothing new about threat inflation.  We saw plenty of it during the Cold War (nonexistent missile and bomber gaps, for example).  Fear sells and we’ve had quite a dose of it in the twenty-first century, from ISIS to Ebola.  But a more important truth is that fear is a mind-killer, a debate-stifler.

Back in September, for example, Senator Lindsey Graham warned that ISIS and its radical Islamic army was coming to America to kill us all.  ISIS, of course, is a regional power with no ability to mount significant operations against the United States.  But fear is so commonplace, so effectively stoked in this country that Americans routinely and wildly exaggerate the threat posed by al-Qaeda or ISIS or the bogeyman du jour.

Decades ago, as a young lieutenant in the Air Force, I was hunkered down in Cheyenne Mountain during the Cold War.  It was the ultimate citadel-cum-bomb-shelter, and those in it were believed to have a 70% likelihood of surviving a five-megaton nuclear blast.  There, not surprisingly, I found myself contemplating the very real possibility of a thermonuclear exchange with the Soviet Union, a war that would have annihilated life as we knew it, indeed much of life on our planet thanks to the phenomenon of nuclear winter.  You’ll excuse me for not shaking in my boots at the threat of ISIS coming to get me.  Or of Sharia Law coming to my local town hall.  With respect to such fears, America needs, as Hillary Clinton said in an admittedly different context, to “grow a pair.”

6.  Defining the world as a global battlefield: In fortress America, all realms have by now become battle spheres.  Not only much of the planet, the seas, air, and space, as well as the country’s borders and its increasingly up-armored police forces, but the world of thought, the insides of our minds. Think of the 17 intertwined intelligence outfits in “the U.S. Intelligence Community” and their ongoing “surge” for information dominance across every mode of human communication, as well as the surveillance of everything.  And don’t forget the national security state’s leading role in making cyberwar a reality. (Indeed, Washington launched the first cyberwar in history by deploying the Stuxnet computer worm against Iran.)

Think of all this as a global matrix that rests on war, empowering disaster capitalism and the corporate complexes that have formed around the Pentagon, the Department of Homeland Security, and that intelligence community. A militarized matrix doesn’t blink at $1.45 trillion dollars devoted to the F-35, a single under-performing jet fighter, nor at projections of $355 billion over the next decade for “modernizing” the U.S. nuclear arsenal, weapons that Barack Obama vowed to abolish in 2009.

7.  The new “normal” in America is war: The 9/11 attacks happened more than 13 years ago, which means that no teenagers in America can truly remember a time when the country was at peace.  “War time” is their normal; peace, a fairy tale.

What’s truly “exceptional” in twenty-first-century America is any articulated vision of what a land at peace with itself and other nations might be like.  Instead, war, backed by a diet of fear, is the backdrop against which the young have grown to adulthood.  It’s the background noise of their world, so much a part of their lives that they hardly recognize it for what it is.  And that’s the most insidious danger of them all.

How do we inoculate our children against such a permanent state of war and the war state itself?  I have one simple suggestion: just stop it.  All of it.  Stop making war a never-ending part of our lives and stop celebrating it, too.  War should be the realm of the extreme, of the abnormal.  It should be the death of normalcy, not the dreary norm.

It’s never too soon, America, to enlist in that good fight!

William J. Astore, a retired lieutenant colonel (USAF), is a TomDispatch regular. His D.Phil. is in Modern History from the University of Oxford. He’s just plain tired of war and would like to see the next politician braying for it be deployed with a rifle to the front lines of battle. He edits the blog The Contrary Perspective.