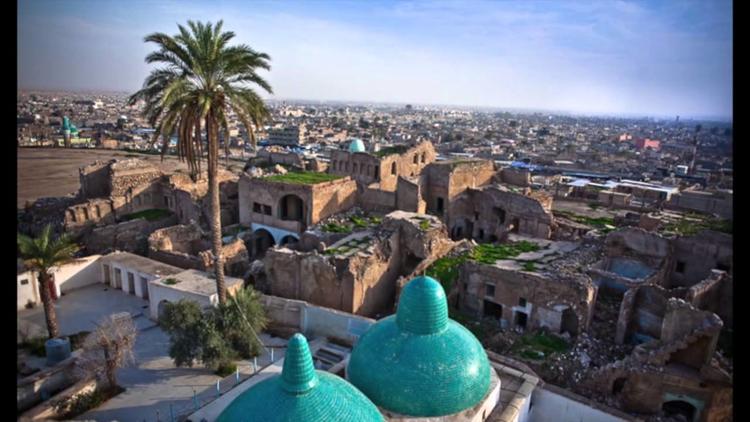 UNITED NATIONS (IPS) – Iraqi women continue to be subject to physical, emotional and sexual violence, according to a new report by Minority Rights Group International and Ceasefire Centre for Civilian Rights.

No Place to Turn: Violence against women in the Iraq conflict concludes that attacks on women – conducted by both pro- and anti-government militias across the country – are a war tactic in Iraq, and emphasises that while women are punished for the aggressions they have endured, their perpetrators are absolved from punishment under Iraqi Penal Code.

“Women are threatened by all sides of the conflict: by the armed groups which threaten, kill, and rape them; by the male-dominated security and police forces which fail to protect them and are often complicit in violence against them; and by criminal groups which take advantage of their desperate circumstances.

“They are simultaneously betrayed by a broader political, legal and cultural context that allows perpetrators of gender-based violence to go free and stigmatizes or punishes victims,” the report says in its opening remarks.

The rights of women are based on conditions and Taliban-style “moral” codes forbidding women from wearing gold or leaving home without a male relative.

The report also points out the development of threats against female doctors, educators, lawyers and journalists.

Sexual assault is another major preoccupation, along with the commodification, disappearances, captivity and torture of women.

Yezidi (Kurdish) women are reported to be targeted on a massive scale, and many are said to be sold as sexual slaves or forced to marry ISIS fighters.

Human trafficking “has mushroomed in recent years” according to the report, which describes related prostitution rings.

IPS spoke with Mark Lattimer, director of the Ceasefire Centre for Civilian Rights, which delivered the report.

He said part of the challenge is Iraq’s “very poor rule of law”, and elements of its criminal code that “discriminate against women and enable abusers to get away with assaulting and even sometimes killing women”.

He also spoke of a long-term breakdown in Iraqi society, which has led to an explosion of violence against women in Iraq.

“What has happened in Iraq is not the story just of the last six months,” Lattimer told IPS. “It’s a story of the last 12 years.”

Before coming up with top-down military strategies that involve arming factions and further engaging in violence, he said, Iraqi civilians – especially the women – need to be listened to.

“The trouble is that the voices of female civilians there are effectively ignored in Iraq, and they’re ignored internationally.”

“There are many other states that are intimately involved in what is happening in Iraq,” he said, referring to countries like neighbouring Gulf States that give large amounts of money to various armed opposition groups.

The Iranian government supports the Iraqi authorities militarily, and the U.S. and members of the coalition are engaged in bombing raids and airstrikes against ISIS in Iraq.

He stressed that the states with influence over the Iraqi government, including the U.S. and parts of Europe “need to make it very clear, that their support for Iraq doesn’t involve or shouldn’t include giving a carte blanche to the Shi’a militias”.

Numerous recommendations are made in the report, to the federal government of Iraq, the Kurdish Regional Government and the international community.

They include amending the criminal code in Iraq, preventing the transfer of resources to dangerous parties, recruiting women into the police force, improving support to female survivors of abuse, and promoting the accountability of those responsible for violations of international law.

Shatha Besarani is a woman’s rights activist and member of the Iraqi Women’s League and public relations person for the league in the UK.

She says she has seen similar reports come out in previous years with nearly identical recommendations.

“(There are) so many reports on exactly the same subject of concern to Iraqi women, which is violence. All these years, since 2003, it got worse and worse and worse, and now it’s got to the point where the women started to be sold and bought like cattle,” she told IPS.

“I have one concern, while these reports are coming out,” she said.

According to Besarani, what has happened to Iraqi women cannot even be measured.

“Do we really have a justice system, which brings a man who burns his wife to justice?” she asks.

She wishes to see a body hold the government or responsible party to account, and have them be asked “again and again and again: What have you done? Is there anything really factual and statistical and real on real grounds being done?”

In her view, women’s organizations, NGOs, and small independent organizations are needed for this cause as much as the U.N. and big alliances.

No Place to Turn: Violence against women in the Iraq conflict will be presented at the U.N. Human Rights Council, March 2015.