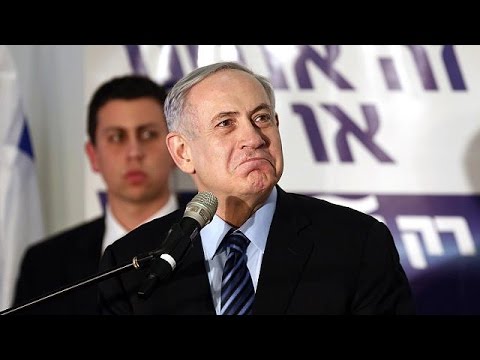 I think I’m one of the few Americans who has been to both Iran and Israel. I like both countries and have a lot in common with thinkers in both. I love What I know of Tel Aviv’s cafe culture and the searing honesty and high ethics of the Israeli thinkers I have talked to (so different from the strident and almost cult-like cheerleaderism of right wing Jewish Americans on Israel). It is said that Israelis’ favorite philosopher is Spinoza. I approve. Iranian intellectuals are less able to speak their minds in Iran’s unfree media than their Israeli counterparts (though there is a price to too much frankness in Israel, as well), but one on one they are also level-headed and clear-eyed. I suspect Iranians’ favorite philosopher is Rumi. If so, again, I approve. In fact, I think Rumi and Spinoza would have gotten along famously. Unfortunately contemporary Iran and contemporary Israel don’t get along at all politically, which sets the stage for the Washington melodrama planned for March 3, when Israel’s belligerent prime minister, Binyamin Netanyahu, will address Congress in a bid to undermine President Obama’s diplomacy with Iran on their civilian nuclear enrichment program.

Iran and European Jewry were both treated horribly in the 19th and 20th centuries by the major European imperial countries. Obviously, proportionally Jews suffered much more than Iranians did; about a third of Jews were murdered in the Nazi genocide. But Iran also suffered significant loss of human life and property. Tsarist Russia fought two wars with it in the early nineteenth century, and annexed from it substantial territory. Britain and Russia forbade Iran from constructing a railroad in the late 19th century, robbing it of a key tool of economic advance; that probably killed a lot of Iranians if you think about its implications. The British and the Russians opposed the Constitutional Revolution of 1905-1911 and helped make sure Iranians did not get liberty and a rule of law. Britain backed the rise of the Pahlevi dictatorship in the 1920s, if it did not in fact simply impose it. The US overthrew the elected government of Iran in 1953 because it had nationalized the oil industry and imposed the megalomaniacal Mohammad Reza Pahlavi on that country. Ultimately Iranians, outraged at constant interference in their domestic affairs, overthrew the shah and instituted a revolutionary regime based on indigenous Iranian culture, especially religious culture. Although the Jewish response to the European genocide against Jews was not immediately religious (most Zionists were secular), over time religion has come to play a bigger and bigger part in Israeli life. In a sense, Israel and Iran are both reactions against European nationalism and imperialism, though Israel has now allied with the West, whereas Iran continues to oppose many Western policies.

The conflict between Israel and Iran is in part driven by their history with European repression. Israelis, mauled by European “Aryan” nationalism and its mass murder of Jews, do not want an enemy state like Iran to be in a position even to think about constructing a nuclear weapon. Iranians, oppressed by imperialism to the point where they couldn’t have a railroad until the 1920s, are damned if they are going nowadays to let someone else dictate to them how they make electricity.

It is natural that Westerners should find Israel more simpatico than Iran, given the Israeli government’s alliance with the West and Iran’s antipathy. But here are some differences between the two that are in Iran’s favor, which I point out just to balance out the unfair way the two are covered.

1. Iran does not have a nuclear bomb and is signatory to the Nuclear Non-Proliferation Treaty. Despite what is constantly alleged in the Western press and by Western politicians, there is no evidence that Iran has an active nuclear weapons program; and, the theocratic Supreme Leader has forbidden making, stockpiling and using nuclear weapons. In contrast, Israel refused to sign the NPT and has several hundred nuclear warheads, which it constructed stealthily, including through acts of espionage and smuggling in the United States, and against the wishes of Presidents Kennedy and Johnson. And, its leaders have more than once implied they are ready to use it; then prime minister Ariel Sharon alarmed George W. Bush when he intimated that he’d nuke Baghdad if Saddam tried to send SCUDs tipped with gas on Israel.

2. Iran has not launched an aggressive war since 1775, when Karim Khan Zand sent an army against Omar Pasha in Basra in neighboring Iraq. Though, whether that was a response to Ottoman provocations or actually an aggressive act could be argued. Who started a war is always a matter of interpretation to some extent, but if we define it as firing the first shot, then Israel started wars in 1956, 1967 and 1982. If the principle of proportionality of response is entered into the equation, then you’d have to say 2006, 2009, and 2014 were also predominantly an Israeli decision.

3. Modern Iran has not occupied the territory of its neighbors. Iraq attacked Iran in 1980 in a bloodthirsty act of aggression. Iran fought off Iraq 1980-1988. But after the hostilities ended, Tehran did not try to take and hold Iraqi territory in revenge. The UN Charter of 1945 forbids countries to annex the land of their neighbors through warfare. In contrast, Israel occupies 4 million stateless Palestinians, who are treated as any subjected, colonized population would be. Nor is there any prospect in my lifetime of those Palestinians gaining citizenship in their own state; they are going to live and die humiliated and colonized and often expropriated.

4. All the people ruled over by Iran can vote in national elections and even Iranian Jews have a representative in parliament. In contrast, of the 12 million people ruled by Israel, 4 million of them have no vote in Israeli politics, which is the politics that actually rules them.

5. Iranian President Hassan Rouhani is not trying to undermine the Obama administration’s negotiations with his country, aimed at making sure Iran can have nuclear electricity plants but that it cannot develop a weapon.

Iran’s government is not one I agree with on almost anything, and it is dictatorial and puritanical. I wish Iranians would get past it and join the world’s democracies. Israel is better than Iran in most regards– for Israeli citizens it has more of a rule of law and more personal liberties. But just to be fair, there are some ways Iran’s policies are better than Israel’s.

Euronews: ” US tensions with Israel increase over Iran’s nuclear programme”