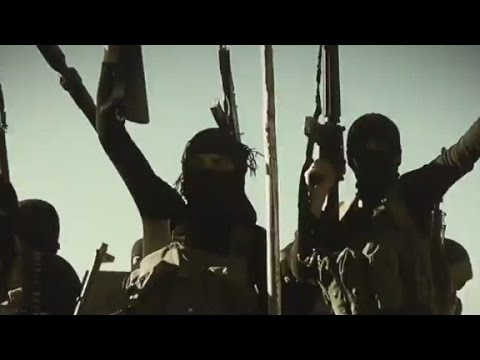 The Islamic State is harvesting human organs to finance its blood-driven caliphate, according to Iraq’s ambassador to the United Nations, urging its Security Council to investigate the issue.

Envoy Mohamed Alhakim called on the 15-member body to look at allegations of organ removal by the Islamic State (formerly ISIS) as bodies with surgical incisions and missing kidneys were discovered in shallow mass graves.

“We have bodies. Come and examine them,” the envoy, Mohamed Alhakim, said on Tuesday.

“It is clear they are missing certain parts,” the diplomat also noted, adding that a dozen doctors were executed in in northern Iraq, after allegedly refusing to harvest organs of the ISIS victims.

The Islamic State is guilty of “crimes of genocide” of ethnic groups, Alhakim said.

“These terrorist groups have desecrated all human values. They have committed the most heinous criminal terrorist acts against the Iraqi people whether Shi’ite, Sunni, Christians, Turkmen, Shabak or Yazidis,” Iraq’s UN Ambassador said.

After the testimony, the UN envoy to Iraq, Nikolay Mladenov, then briefed the Council saying that there are numerous reports to support the claim of organ harvesting, which the envoy says is done by the caliphate to finance its cause.

“It’s very clear that the tactics ISIS is using expand by the day,” Mladenov said.

“Almost daily terrorist attacks continue to deliberately target all Iraqis, most notably the Shi’ite community, as well as ethnic and religious minorities, across the country,” he told the Security Council, specifying that at least 790 people were killed in January in Iraq.

“Equally worrying is the increasing number of reports of revenge attacks committed particularly against members of the Sunni community in areas liberated from (Islamic State) control,” he said.

Looking into the source of ISIS funding, Middle East media outlet, Al-Monitor, claimed that foreign doctors were harvesting organs in Mosul in a report last year based on a medical source.

According to the Iraqi doctor providing the information, otolaryngologist Siruwan al-Mosuli, there had been an “unusual movement” in clinics in Mosul, where Arab and foreign surgeons were hired, but “prohibited from mixing with local doctors.”

The organs, al-Mosuli told Al-Monitor, were coming from kidnapped individuals, or wounded fighters.

“Surgeries take place within a hospital and organs are quickly transported through networks specialized in trafficking human organs,” the doctor claimed, accusing “specialized mafia” of being involved internationally.

Organ harvesting news comes as the Islamic State jihadists burnt 45 people alive near the town al-Baghdadi in Western Iraq. It also comes in the footsteps of the recent beheading of 21 Coptic Christians in Libya and the brutal execution of a Jordanian pilot.

CNN from a few days ago: “ISIS launches attacks on multiple fronts in Iraq”