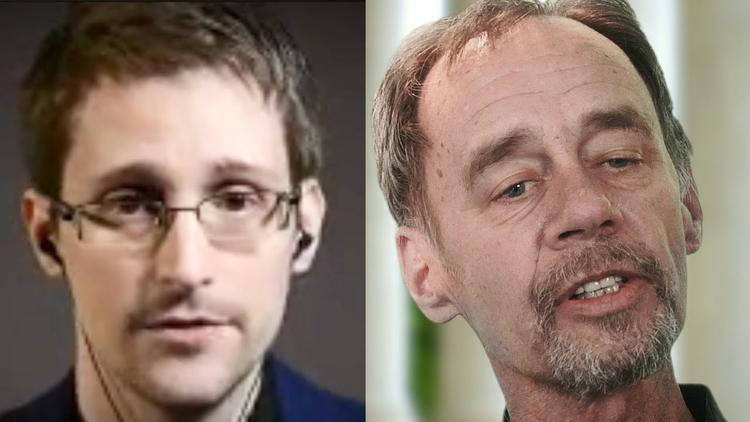 War on Whistleblowers highlights recent cases where American government employees and contractors took to the media to expose fraud and abuse. In all cases the whistle-blowing was to the detriment of their professional and personal lives.

With President Obama’s commitment to transparency and the passage of the Whistleblower Protection Enhancement Act, there was hope that whistleblowers would finally have more protection and encouragement to speak up. But according to the film, times have never been worse for national security whistleblowers. Obama’s administration has attacked more whistleblowers under the Espionage Act than all previous administrations combined.

2:30 After the death of Major Megan McClung who was killed by an IED while riding in a Humvee, Franz Gayl asked himself, “If not me, then who? If not now then when?” Gayl blew the whistle on the Military Industry who were dragging their feet to provide MRAPS, a vehicle that could replace the Humvee and prevent unnecessary casualties amongst American Soldiers in Irag.

11:53 “Why didn’t they do the right thing?” , asks Gayl. It comes down to money and reputations. The Humvee, though not the safest choice for our soldiers, is backed by millions of dollars and powerful lobbying. Pete Sepp, Executive Vice President of the National taxpayers Union stresses the need for more accountability in our spending.

23:21 Hear how Drake, Dekort and Tamm arrived at their fateful decisions to brave the risk and blow the whistle.
“…we nickname whistleblowing the sound of professional suicide.”
Tom Devine, Legal Director, Government Accountability Project

32:26 Michael Dekort uses YouTube as a last resort tactic to be heard. It worked.

35:26 Drake recounts the day they came for him, the charges made against him and the severity of punishments he faced under the Espionage Act.
“I met the Chief prosecutor at a secret FBI facility in Maryland where the prosecutor threatened me with spending the rest of my life in prison…”
-Thomas Drake

39:55 The Obama administration began with promises of transparency and accountability to the American people, yet turned very quickly in to an administration that has cracked down on Whistleblowers harder than any other. Thomas Tamm also finds himself charged under the Espionage Act.

44:55 Jesselyn Radack writes an article in the L.A times on behalf of Thomas Drake calling attention to the differences between “leaking” and “whistleblowing”. The tide turns for Drake who begins to receive long overdue recognition for telling the truth.

47:10 Thomas Tamm recalls his moment to speak and be heard in the press.

51:12 It’s a bittersweet moment when Thomas Drake is vindicated.

“Efforts to target me have continued under the Obama administration which has been aggressively investigating whistleblowers in a way that will have a chilling effect on the freedom of the press in the United States.”
-James Risen

55:07 The government uses selective leaking to release only the stories that cast them in a good light.

1:02 What kind of nation are we becoming? Edward Snowden encourages us to decide what kind of contribution we will make together, not just by saying, but by doing.”