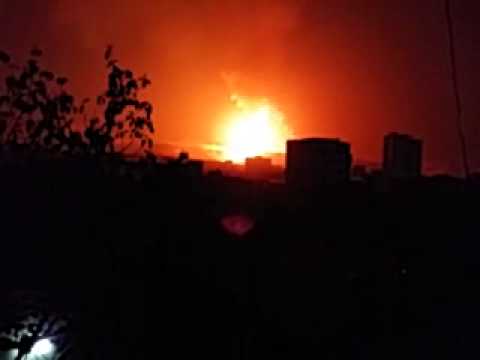 45 people were killed and another 65 injured in an airstrike by a Saudi-led coalition at a refugee camp in Houthi-controlled northern Yemen on Monday, the International Organization for Migration (IMO) said.

The bombardment took place in the vicinity of the Mazraq refugee
camp, Joel Millman, IMO spokesman told Reuters, citing the
organizationâ€™s staff on the ground.

It was not immediately clear how many of the casualties were
civilians and how many were armed personnel, he added.

Earlier, a humanitarian official told the agency that the
airstrike had targeted a military installation not far from the
camp.

Yemenâ€™s Defense Ministry, which is controlled by the Houthis,
said on its website that 40 people, including women and children,
were killed and another 250 people received injuries.

“Saudi warplanes targeted one of four refugee camps in the Harad
district, which led to the death and injury of several of its
residents,” the ministry said. The airstrike targeted camp 1 in
the Mazraq region, which houses around 4,000 refugees, leaving
over 40 people dead, including women and children“ and over 250
others injured.

Yemen’s exiled foreign minister, Riyadh Yaseen, has blamed the
Houthis for the deaths of people at the Mazraq refugee camp.

The blast was not caused by the coalition, but by “artillery
strikes,” which the rebels are responsible for, Yaseen told
journalists in Saudi capital, Riyadh.

The Mazraq region, near the Saudi border, hosts a cluster of
camps, in which thousands of displaced Yemenis and East African
migrants reside. Around 750 families have been forced to flee to
the camps from the Houthi heartland region of Saada in northern
Yemen since the Saudi-led operation began.

A girl fetches household water at the al-Mazraq camp for
displaced persons in northern #Yemen@UNICEF_Yemen#waterispic.twitter.com/1kQaaRN2cR

The air strikes also have targeted the Houthi forces advancing on
the port city of Aden, the last bastion of the Saudi-backed
president, Abd-Rabbu Mansour Hadi.

Naval forces are blocking the movement of ships to prevent
weapons and fighters from entering or leaving the country, Asiri
explained.

Monday saw the fifth day of Yemen being subjected to airstrikes
by the Saudi-led coalition, aiming to weaken the Shia Houthi
militia, which took control of the country after the resignation
of president Hadi in January.

The rebels in Yemen are supported by Iran, but the Houthis have
denied that they are receiving weapons from Tehran.

Meanwhile, Pakistan is set to join the Saudi-led coalition of
several Gulf States, Sudan, Egypt and Morocco in their fight
against the Yemen rebels, a senior Pakistani government official
said.

“We have already pledged full support to Saudi Arabia in its
operation against rebels and will join the coalition,” the
official said, as cited by Reuters.

The situation in Yemen was previously very fraught, but the
Saudi-led airstrikes have contributed to turning the country into
“something of a humanitarian catastrophe,” Joe Stork,
deputy director for Human Rights Watch’s Middle East and North
Africa Division, told RT.

It’s really hard to see what good can possibly come out of
this campaign. I think, frankly, this is a political question,
not a human rights question, but it’s really difficult to see how
the government of Hadi could possibly be restored under this
circumstances,” he said.

Stork believes that there’s “little indication that there’s a
Plan which has been developed by the coalition, and it
still seems unclear what the endgame might be for the Yemen
campaign.

In August 2014, Houthi rebels swept down from their stronghold in
the mountains, demanding economic and political reforms.

In the following months, they seized key state installations in
capital Sanaa and forced both the president and PM to resign.

After announcing their grasp of power in Yemen, the Houthis
continued advancing to the south of the country, seizing cities
one after the other.