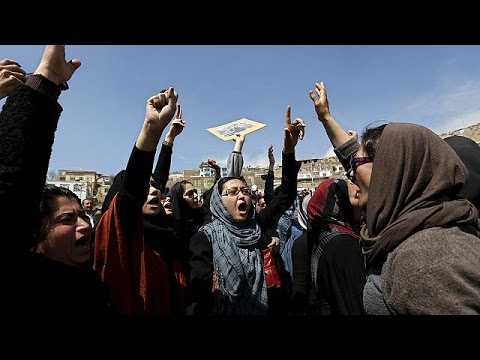 The brutal murder of a 27 year old Afghan female student, Farkhunda, at the hands of an angry mob in front of the Shah-e Do-Shamshira Mosque near downtown Kabul was not only a heinous crime, but it also reveals the collective irresponsibility and ineffectiveness of the police officers who were present at the scene.

Farkhunda’s abysmal death has ignited tense debates amongst Afghans about the trajectory of civil society and the ideals that shall govern public sphere in the country. The debates are heavily polarized between what some perceive as the espousal or rejection of enlightenment values to the detriment of entrenched practices. Islamist ideals also continue to shape the ongoing civil society discussions.

Many who fuel these debates form a part of Kabul’s new generation. Young, dynamic and driven by success. These urbanites are typically linked to social media, desire a civil society based on the principles of Human Rights, Civil Law and individual dignity regardless of the mosaic of gender, ethnicity, sect and class based lifestyle that defines much of Afghan society.

The solidarity walks and vigils for Farkhunda that have taken place within and outside of Afghanistan are magical moments for the country’s citizens because they transcend the usual gender and ethno-sectarian fault lines. Fault lines that have politicized the actions and conducts of practically everyone in the population. Her death is the awakening of a civil society that eagerly wants to acknowledge the unalienable rights of every Afghan man and woman.

The demonstrations by protesters from all walks of life who stood shoulder-to-shoulder are the fruit of the tireless labor of social activism by intellectuals, bloggers and community leaders who risk their lives and careers on daily basis in order to empower their co-patriots in hopes of creating a more just and accountable future in Afghanistan.

Afghanistan’s population is tired of the fruitless ethno-sectarian politics and domestic conflicts that have dominated the political arena while transforming it to one of the least developed and most impoverished societies. As a result, the cultivation of a progressive ideals and systems of knowledge has been hampered. Will Farkhunda’s lynching can be a turning point for a safer, more woman- friendly and productive streets, bazaars and workplaces in Kabul?

Farkhunda has been given the honorary title of “symbol of gender equality” by her co-patriots. Her merciless death at the hand of bigots has led to the closure of fortune teller stores by pretentious clerics. Thousands have also urged the Kabul municipality to rename the busy Shah-e Do-Shamshira intersection in her honor. Her death has consolidated, reinvigorated and expanded the contours of the Civil Society, which profusely pushes back against the social ills of extremism (domestic and imported), sexism, and discriminations that has plagued the progress of society.

Farkhunda’s supporters and humanitarians have carved out a much needed space that has given voice to the voiceless women who are not part and parcel of the political elite. Citizens continue to play an active role in formation of a just and robust society and have put relentless pressure on President Ashraf Ghani’s Unity Government for swift and responsible reforms. The recent event is a pivotal moment for the Unity Government to show their resolve for gender equality, justice and the rule of law so females could walk on the streets and go to school, gym and work without the fear of sexual assault or being burned to ashes. Afghan women, like every other woman in the world, have the right to be dynamic actors in today’s knowledge-based global economic market. And it is the responsibility of the state to protect them.

In the meantime, people remain hopeful that perpetuators of Farkhunda’s death and those who publicly condoned this crime will be brought to justice in a transparent and timely manner. Will the Unity Government seize the moment to bridge the state-to-society distrust or will this be another missed opportunity like the Kabul Bank thievery, the election frauds and the abduction or the recent abduction of 31 Hazara citizens on the Kabul-Qandahar Highway? One things is now certain, Farkhunda’s tragic death has reawakened even the most docile in the population. Her lynching seems to have united a fragmented people that now wish to forge a future based social justice and universal ideals.

Solaiman M. Fazel holds an MA in History and is a PhD Candidate in the Department of Anthropology at Indiana University