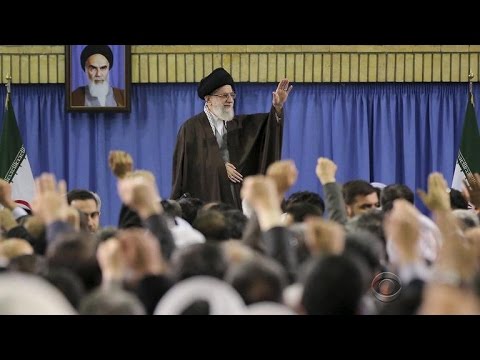 People who worry about American national interests and security fall in one of the two categories: they either trust the President to advance national interests and security or not. The Republican authors and signatories of the letter to the Iranian leadership fall in the second category; they are the ones who do not trust the President and therefore they are driven to undermine him at every turn and on every policy issue, domestic or foreign. They do not believe in the legitimacy of his Presidency and therefore, they have and will attempt to malign, denigrate, disparage, and sabotage his undertakings to deny him a successful legacy. This is nothing new and it has manifested itself in many shapes and forms in the last 6 plus years. However, this brazen letter by the 47 Senators has sunk the Republicans to a new low, where they are threatening America’s political and economic leadership and interests in the world.

Those on the right with a visceral hatred of Iranians ignore US-Iran history and disregard admiration and good will of Iranians towards the United States. Most people only remember the recent tumultuous past in the US-Iran relations. However, in all of the polls taken by reputable Western surveyors, Iranians’ admirations of the United States rank higher than most countries in the world.

The Israeli opposition to the nuclear diplomacy is nothing other than an expression of their economic and political self-interest. It is this motive that stands above all other priorities for them even if it damages American national interests and engenders military confrontation between the US and Iran. It is in their hegemonic self-interest that requires failure of any deal that would entail a closer, and worse yet, a strategic relationship between the US and Iran. They have no intention of allowing a change in the balance of power in the Middle East and they would use any and all levers at their disposal to keep the current status quo as it is.

At this time, the Israeli self-interests and the needs of the American military-industrial establishment have coincided and, as a result, we see the invitation of the PM Netanyahu to a joint session of Congress followed by the letter signed by the Republican Senators to the leadership of Iran.

Not surprisingly, a similar situation has transpired in the Arab worlds who are afraid of close US-Iran strategic relations similar to the “imperial Iran” during the Shah’s reign, where he was assigned the role of the Persian Gulf “Gendarme.” It is this fear, a sense of self-doubt, as well as a historical sense inadequacy vis-à-vis Iran that are guiding Persian Gulf littoral Arab States to be a part of the Israeli circle-of- friends and under Israelis security umbrella than acquiescing to a friendly and perhaps strategic US-Iranian accord. Therefore, all of the countries in the neighborhood have, more or less, some vested interests in the demise and breakdown of negotiations.

What are the options? We could negotiate a good deal that would be helpful in promoting world peace. Or, we could leave the table. If we leave the table, Iran is free to pursue whatever is in its best interest, regardless of the world opinion. A situation similar to what happened in 2005 when president G. W. Bush pushed Europeans against reaching an accord with Iran and, as a result, Iranians expanded and upgraded their centrifuges from a mere 164 to over 22,000 today at a huge economic and political cost to themselves.

However, this time around, unlike what happened in 2005, most certainly the other powers will not follow American’s weakened leadership (thanks to the Israelis and Republicans) in imposing new and harsher sanctions, something that Israeli and American warmongers are demanding as their first option before sending sorties in the sky.

The current sanctions are becoming more pores by the day and will collapse on their own weight if the United States decided to walk away from the negotiating table. This will leave the other option, military strikes, which means, putting fire to the Persian Gulf and trillions of dollars to waste plus ungodly number of casualties to boot. One must remember that the cost the ongoing war with the militarily emasculated Iraq has so far been over $1 trillion and in excess of 40,000 and counting deaths and wounded.

In general the letter signed by the Republican Senators is, at least, dangerous, reckless, and disrespectful, not just to the American President, it is condescending to the Iranians and insulting to the Russian, Chinese, British, French, and German delegations, most of whom have been “running the world” for decades, if not for centuries. Certainly they have much more collective experience and intellect in diplomacy than the junior Senator from Arkansas.

No one would have argued that the level of trust on both sides could be any lower than what it was a couple of weeks ago. But as German officials are whispering behind the curtains, it is falling further to lower levels, yet.

At this juncture therefore, the best policy for Iranians would be to assume that political dysfunction and discord in Washington, DC is deep and threatening enough to expect and demand nothing less than ratification of any agreement by the United Nations Security Council as a sign of good faith and certitude in delivering the promises of any agreement. That is, they would try to bind the US to the UNSC the same way we bounded Iranians to the back-breaking UNSC imposed sanctions. This is the disservice and the legacy that the letter and the Israeli PM speech to the joint session of Congress have fashioned for us.

Hamid Zangeneh is Professor Economics at Widener University, Chester, Pennsylvania. He has written many articles both in English and Persian. He is a frequent guest on the Voice of America Persian programs and its sister radio Farda discussing Iranian economic and political issues.