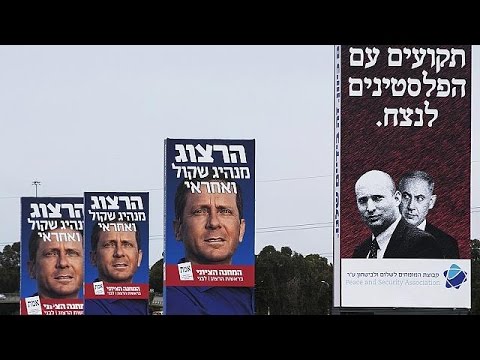 By Simon Mabon | (The Conversation) –

For decades, Israeli politicians have argued that they live in a “tough neighbourhood” in an effort to justify and legitimise their foreign policy. While historically the threat posed to Israel came from the surrounding Arab states, in recent years, the threat has shifted to non-state actors and Iran.

Israel’s prime minister, Benjamin Netanyahu, travels to the United States on a regular basis to stress the threat facing his country – and this year, he spoke to Congress, espousing the need for a much stronger nuclear agreement with Iran, with a March 31 deadline for negotiations fast approaching.

On March 17 Israelis go to the polls – and Netanyahu faces serious challenges from both his left and right, highlighted by some 30,000 protesters attending an anti-Netanyahu Israel Wants Change event in Rabin Square, Tel Aviv.

The change that appears most likely, as the campaign enters its final week, will be as a result of a challenge from Zionist Union, a list formed by former justice minister, Tsipi Livni, and Labour leader Isaac Herzog, which has a healthy lead in the polls.

To ensure that he can beat off this challenge and retain power into a seventh consecutive year, Netanyahu will have to deal with domestic and regional pressures, and the way that he engages with regional challenges will have a dramatic impact on his domestic approval ratings.

Israeli military action in Gaza in 2014 was met with international condemnation. Operation Protective Edge was launched in an effort to stop Hamas rockets from entering Israel and was ended on the August 24 at a cost of 2,104 Palestinian and 72 Israeli lives.

Amid deteriorating socio-economic issues brought about by the military action, Hamas’ legitimacy and ability to maintain control over Gaza appeared to be waning. Earlier this year, some in Gaza suggested that Hamas had declared allegiance to Abu Bakr al-Baghdadi, leader of the Islamic State – although they also acknowledged that this pledge of allegiance was rejected. Membership of Salafist groups in Gaza is punishable by death, yet despite this, some perceive that IS offers a much stronger response to Israel than Hamas.

This is further complicated by the Palestinian Authority becoming members of the International Criminal Court on April 1, with some suggesting that legal proceedings against Israel will begin the same day. The Palestinian Central Committee’s decision to end security co-ordination with Israel, also ends an agreement that dates back to the Oslo Accords and puts increasing pressure on the Israeli government. While this is undeniably a political move designed to push Netanyahu – and perhaps his successor – into dealing with the ever expanding settlement question, the symbolic importance of it cannot be understated.

The failure to seriously engage with the Palestinian Authority is a source of contention for many across the political spectrum. While the human cost is undeniable, criticisms of this failure come from the right as well as the left. For former Mossad chief Meir Dagan, there are other consequences. In particular, Dagan bemoans the probable emergence of a “bi-national state”, or the descent into “apartheid”.

Hezbollah, the Party of God, was established in 1982 as a resistance organisation against the then occupying Israeli forces. Since that time, Hezbollah and Israel have endured a tempestuous relationship that oscillates between periods of quiet to skirmishes to war. For Benny Gantz, chief of staff of the Israeli Defence Force, the threat from the north poses a serious challenge. The recent attack on six Hezbollah fighters and an Iranian Revolutionary Guard general in Syria highlights the extent of Israel’s concerns at Iran and Hezbollah’s growing influence in Syria and therefore also on Israel’s border.

Yet for the Hezbollah, there are perhaps more pressing concerns than Israel. Facing questions over their legitimacy following continued support for Syria’s Bashar al-Assad, the party’s secretary-general, Hassan Nasrallah, has been vocal in his quest to protect the Muslim world from the threat of IS, whose presence in Syria and Iraq poses serious threats to Shi’a Muslims in those states.

Iran has supported Hezbollah since its creation, through the provision of finance, weapons and training, and this continued support for groups that use violence across the region has shaped Israeli-Iranian relations. Yet perhaps the main driver of tensions has been the Iranian nuclear programme. In 1992, when serving as a member of the Knesset, Netanyahu argued that within three to five years, Iran would have the bomb. In the intervening 23 years, Netanyahu has spoken in numerous arenas to different audiences about the threat that Iran would pose if it gained the bomb.

Despite the prominence and power of Netanyahu’s rhetoric, not all Israelis are buying it. Ex-Mossad chief Dagan was recently caught on camera referring to Netanyahu’s speech as “bullshit”, while Israel’s leading daily newspaper, Ha’aretz, published a piece entitled Netanyahu’s long history of crying wolf. Israel Loves Iran, a grassroots movement has also gained popularity, stressing the desire for peace not war.

In the back of the minds of all involved in security calculations in Israel is the emergence of IS. The fragmentation of Syria and Iraq is of grave concern, along with the apparent global migration of militants to the would-be caliphate. The proliferation of violent fundamentalist thought across the region could also serve to further destabilise the region, particularly in Lebanon.

After all, the response of many Israelis to the Arab uprisings seemed to be “better the devil you know”. Perhaps more importantly for Netanyahu though, is a concern that the growing tensions with IS will deflect attention away from the nuclear negotiations with Iran.

Israeli leaders face serious challenges in the coming months. How they choose to deal with them will have far reaching consequences for regional security and domestic legitimacy. In seeking to resolve these issues, difficult calculations are necessary, yet decisions will come with a price, either domestically or internationally.

Simon Mabon is Lecturer in International Relations at Lancaster University