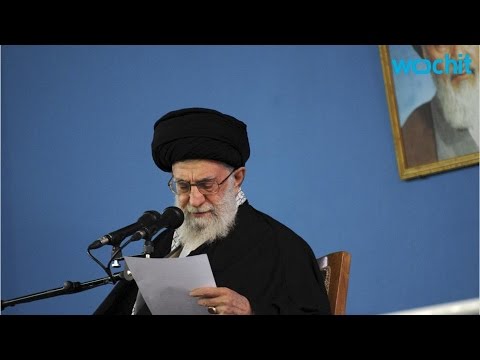 How did Iranian politicians react to Israeli Prime Minister Binyamin Netanyahu’s anti-Iran speech to the US Congress?

Iran’s first woman vice president, who has the Environment portfolio, Masoumeh Ebtekar, is in Paris these days and she spoke with AFP about the Netanyahu address.

“I don’t think,” she said, that the voice of Netanyahu “has very much weight.” She said he was trying to derail an accord, “but I believe that more reasonable pressure groups on both sides want a solution.”

Responding to Netanyahu’s charge that Iran is a danger to the world, she said that to the contrary, “the present threats in the region, the radicalism, extremism, terrorism . . . all of that makes a solution, and a more important role for Iran, all the more necessary.”

(She means that Iran is the major foe of al-Qaeda and ISIL, the two radical extremist groups that many Sunnis in Iraq and Syria have joined or allied with.)

She said that the important thing was that sanctions on Iran be lifted, calling them “unjust and illegal.”

Former Iranian president Akbar Hashemi-Rafsanjani, who heads the powerful clerical Expediency Council and sympathizes with the reformers in Iran, teased the Iranian hard liners that they “have become ‘unanimous’ with Netanyahu, according to Fars News Agency as reported by BBC Monitoring.

Rafsanjani said, “On the other side Netanyahu provokes Barack Obama and on this side, Delvapasan [those who reject the nuclear talks] say that we will disclose some secrets. We do not know what secrets they are talking about… they [Iran negotiators] are working hard and we are about to reach an agreement [with the West], but when they return to the country, instead of welcoming them, Delvapasan say things that should not be said.” Rafsanjani’s remarks angered arch-conservatives in parliament.

Speaker of the House Ali Larijani, a hard liner, said that Netanyahu’s speech was riddled with contradictions. First, he depicted Iran as a dangerous regional power that bestrode the whole Middle East. But then he said that if the UN Security Council plus Germany made peace with Iran, Israel would be able to attack Iran all on its own. If the latter was true, Larijani appears to have been implying, then Iran couldn’t in fact be very powerful in the first place.

Ahmad Bakhshayesh of the Iranian parliament’s security commission was quoted by ISNA (trans. BBC World Monitoring) as saying: “By saying that if Iran and P5+1 come to an agreement, Iran will have access to a nuclear weapon, Netanyahu has humiliated P5+1, especially America.”

In short, most Iranians had difficulty taking Netanyahu seriously. They generally believed that Obama and the rest of the P5 +1 would marginalize the Likud leader. They were not worried by his bluster, finding it fantastical that he would attack them if he saw them as so powerful. For reformers, Netanyahu just sounded like one more Iranian hard liner.