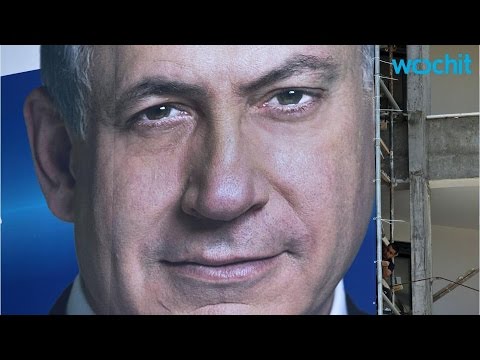 Binyamin Netanyahu is fighting the most difficult political battle of his life. His party seems likely to come in smaller than the center-left coalition of Isaac Herzog and Tzipi Livni– though in parliamentary systems what really matters is who can put together a majority after the election. Netanyahu still has some possibility of succeeding in that regard. On Sunday, in a rare public display of his unhinged paranoia, he opined that foreign governments were sending money into Israel to his rivals, conspiring with “leftists” to unseat him. Famously, Netanyahu’s campaign is the one with the foreign money– that of Sheldon Adelson and other sketchy American billionaires.

But whether he gets another term or not, Netanyahu will be remembered for the damage he did to US interests, and those of Israel itself.

1. Netanyahu scuttled the George Mitchell peace process initiated by President Obama when he first took office in 2009. He pledged a freeze of squatter settlements on Palestinian territory for 6 months in spring of 2009, then just as negotiations with the Palestinians were to begin in earnest, Netanyahu abruptly cancelled the freeze, ensuring that the talks would fail. (There is no reason for the Palestinians to negotiate for their share of the cake if Bibi is going to gobble it up in front of their eyes while they are talking to him.)

2. Netanyahu scuttled the 2013-14 Kerry peace talks. He allowed one of his cabinet members to smear Mr. Kerry as having ‘messianic’ pretensions. He kept announcing increased new squatter settlements in the Palestinian West Bank, aiming to drive the Palestinians away from the negotiating table. Then he started demanding that the Palestinians recognize Israel as a ‘Jewish state’ even though over a fifth of Israelis are not Jews (most of them are Palestinian-Israeli).

3. When the peace talks predictably failed as a result of his machinations, Netanyahu launched a brutal assault on the Gaza Strip in which his indiscriminate fire killed nearly 2000, mostly non-combatants, and wiped out entire neighborhoods. Every time the Israeli government does something like that before the cameras of the world press, much of the world starts to hate the United States.

4. Netanyahu involved himself in US domestic politics, campaigning for Mitt Romney in 2012 and giving President Obama unseemly lectures when they were both on camera at the White House..

5. Netanyahu conspired with John Boehner to undermine the president’s negotiations with Iran by giving a speech to Congress only two weeks before his own election. This blatant interference in US foreign policy is not unusual for other countries, but most of them aren’t honorary members of the Republican Party such that they can sabotage as insiders.