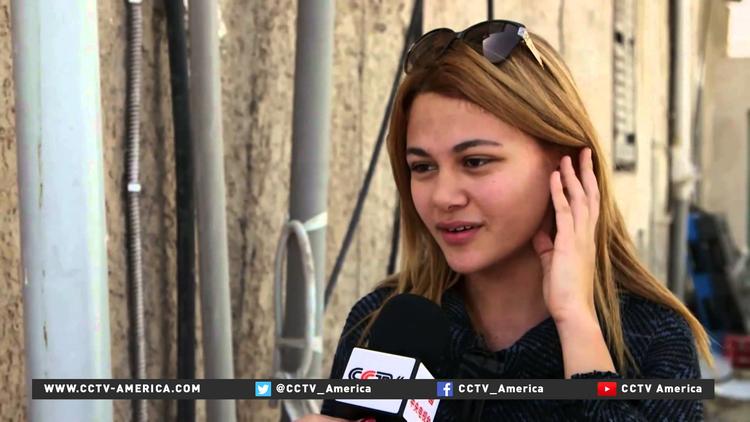 Ayman Odah, leader of the Joint Arab List, the party representing Palestinian-Israelis and elements of the Israeli left, responded late Tuesday to the news that Israelis of Palestinian descent came out in droves to vote. Their turnout in the last Israeli election had only been 56%. Odah said from his home on Mt. Carmel in Haifa that he was sure his list would get 15 seats of the Israeli parliament’s 120. Exit polls were showing the list with about 13, but final results won’t be presented to the president until Thursday.

Odah told reporters, “This is a historic day for the Arab masses. We shall respond to racism and to those who want to expel us and kick us out. Will will be the third force in the Knesset . . . we are going to defeat the Right and win 15 seats and affect political decision-making in Israel.”

Prime Minister Netanyahu, for all the world like George Wallace in Alabama in the 1960s, warned that the minority in Israel was heading to the polls in large numbers and that the Right wing in Israel was in danger as a result.

Odah continued, in Arabic, “Tomorrow, Binyamin Netanyahu and Naftali Bennett will wake up to find themselves in the opposition.” That is, he was saying that the leaders of the far-right Likud and Jewish Home parties would be in the powerless minority. Odeh was disappointed in this aspiration, given the Likud win.

Netanyahu charged that the left wing parties were busing Palestinian-Israelis to the polls.

In an unprecedented move, Odah said he would study any proposal from Zionist Union leader Isaac Herzog that showed a commitment to peace. This was before it became clear that Netanyahu’s Likud had won. It is a little unlikely that the Joint Arab List would have been invited to help form a government, and the JAL’s Balad Party coalition partner objected to any such thing. The small rightwing parties Herzog needs to get to 61 seats of 120 are racist and would likely not have agreed to sit in a cabinet with Palestinian-Israelis.

Palestinian-Israelis as Israeli citizens technically have the vote if they live in neighborhoods and villages recognized by the Israeli state. In the past, they have had as many as 12 seats in parliament but since they were divided into small parties and lacked unity, it did not really matter. There was also more consensus among Jewish Israelis in the past. Given the present polarization of left and right and the united front of the Palestinian-Israelis and their Israeli Communist allies, their good performance this time could, as Odah says, make them a swing vote on some issues and give them genuine influence.

You could compare this moment to the post 1964 period in American politics when African-Americans mobilized, having gotten fuller voting rights, and you ended up with a Congressional Black Caucus that simply had no counterpart in the 1950s. In some ways, today is the Selma moment of the Palestinian-Israelis.