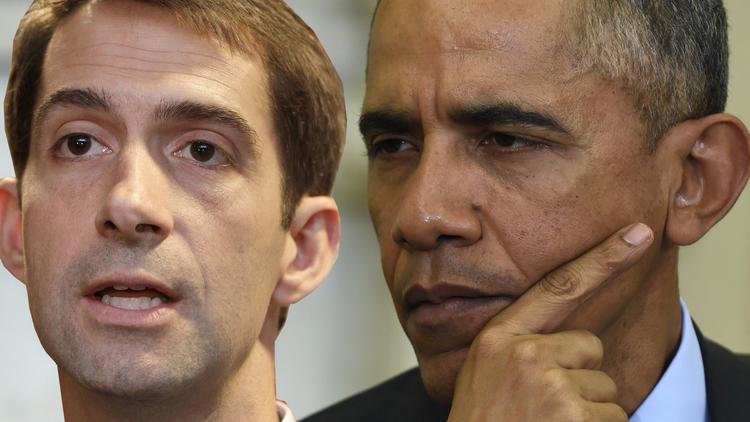 By Curtis A Bradley, Duke University | (The Conversation) –

On March 9, forty-seven Republican Senators signed an open letter directed at Iran’s leaders, ostensibly to warn them about the limited effect of any agreement they might reach with President Obama about their nuclear program.

Embarrassingly, the letter’s effort to provide a civics lesson to the Iranians about the US constitutional system betrays a surprising amount of ignorance about that very system. The letter also displays a lack of knowledge about the importance —- to the United States —- of adhering to binding international agreements.

The letter purports to describe the US constitutional process for concluding international agreements, explaining that either the Senate or the full Congress must normally “ratify” the agreement.

What the letter does not explain is that there are a variety of forms of international agreements concluded by the United States, all of which are fully binding under international law.

As I explain in my book International Law in the US Legal System, these forms of international agreements include: “treaties,” which receive the approval of two-thirds or more of the Senate; “congressional-executive agreements,” which receive the authorization or approval of a majority of both houses of Congress; and “sole executive agreements,” which are concluded by the President on his own constitutional authority without formal congressional or senatorial participation.

Contrary to the Republicans’ letter, neither the Senate nor the Congress “ratifies” these agreements – even for the first two agreement types.

Instead, under our Constitution, ratification is ultimately a decision for the President after the Senate or Congress has given its authorization or approval.

The third type of agreement —- a sole executive agreement —- does not involve even senatorial or congressional approval prior to ratification. Nevertheless, such an agreement is not merely a personal contract binding on the leaders of the respective countries. If the agreement is intended to constitute a legally binding agreement under international law, it will normally bind the countries, not just the leaders.

Moreover, unless and until such an agreement were validly terminated under international law, it would continue to bind the United States despite any “stroke of the pen” by a subsequent president or even action by Congress. (There is a narrow basis in international law for nullifying an agreement if it is concluded by someone who clearly lacks authority to bind their country, but that qualification would not likely apply here.)

Of course, this all assumes that the potential agreement with Iran will be established by the parties as a legally binding commitment. If not, then it will simply be a political understanding, in which case the lecture on the US constitutional process in the Republicans’ letter is beside the point.

If an accord with Iran is intended to be a binding sole executive agreement, it would not be the first time that the United States has made such an arrangement with Iran.

In early 1981, President Carter entered into an agreement, known as the Algiers Accords, to settle the Iranian hostage crisis. This was a major international accord that, among other things, resulted in the establishment of a Claims Tribunal in The Hague that is still in operation.

The United States did not suggest when negotiating the agreement that it could simply be revoked at will by a subsequent president, a suggestion that presumably would have made it much more difficult to conclude the agreement and also would have created the dangerous potential that Iran could make the same claim on its side. (There was some consideration after the hostages were released and President Reagan took office about whether the United States should argue that the agreement was invalid under international law because it had been negotiated under duress, but Reagan did not pursue this argument.)

To be sure, it is generally accepted that Congress can authorize the United States to violate its international agreements, and it is arguable that the President could do the same in the case of a sole executive agreement.

But violating an agreement -— hopefully a rare occurrence —- is different from “revoking” an agreement. We do not live in a world in which binding international agreements are simply revocable at will, and we would not want to live in such a world, since we regularly depend on other nations’ compliance with their commitments to us. Seeking shortsighted political gain, the Senate Republicans have forgotten this bigger picture.

In addition, by inaccurately minimizing the significance of sole executive agreements, the Senate Republicans have undercut their own chamber’s institutional interests.

Increased use of sole executive agreements

While there have been sole executive agreements throughout history, there has been a tendency by modern presidents increasingly to use that form of agreement to bypass the Senate and the Congress.

Such a tendency is a genuine threat to Senate prerogatives, precisely because —- contrary to the claims in the Republicans’ letter —- these agreements can have long-term legal consequences for the United States. Bipartisan leadership in the Senate has successfully resisted the use of sole executive agreements by presidents in arms control, but otherwise the Senate has not been consistent in policing it. Part of the reason for this inconsistency is that institutional interests tend to get lost in the face of extreme partisanship -— something that now appears to be happening once again.

Instead of focusing on how to undermine the current President, Senate Republicans should be thinking – ideally along with some of their Democratic colleagues – about how they can strengthen the institution in which they serve.

TheLipTV: “Republicans’ Open Letter to Iran an Act of Treason?”