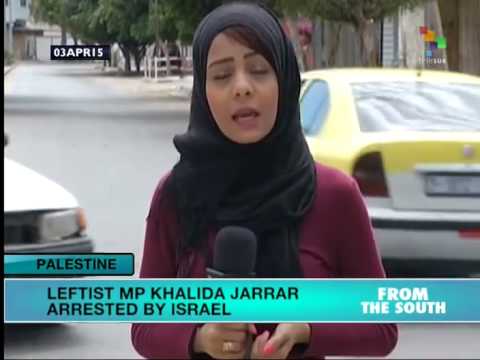 Israeli practices of detaining Palestinians without charge or trial is a violation of the Fourth Geneva Convention, which defines humanitarian protection for civilians, the United Nations has said.

The comments made by a spokeswoman for the United Nations Human Rights Office (OHCHR) came just days after Khalida Jarrar, a Palestinian lawmaker, was imprisoned without trial by Israeli authorities, The Nation website said.

“We are concerned at the continued and increasing use of administrative detention by Israeli authorities against Palestinians.

Administrative detainees are held without charge or trial, often on the basis of secret evidence, for periods of up to six months, which are extendable indefinitely,” UN spokeswoman Ravina Shamdasani said, during a press briefing in Geneva, adding that this practice had been condemned by the UN on numerous occasions in the past.

OHCHR reiterates its call on Israel to end its practice of administrative detention and to either release without delay or to promptly charge all administrative detainees and prosecute them with all the judicial guarantees required by international human rights law, she said.

Khalida Jarrar, a member of the Palestinian parliament and the Popular Front for the Liberation of Palestine, was arrested on Monday and is currently being held in administrative detention, PNN reports.

Jarrar is just one of the many Palestinians that include several other legislators, believed to be held in prisons by Israel.

“As of February this year, there were reportedly 424 Palestinians held under administrative detention orders – more than double the 181 held at the same time last year,” Shamdasani said.

“We call, once again, on Israel to end its practice of administrative detention and to either release without delay or to promptly charge all administrative detainees and prosecute them with all the judicial guarantees required by international human rights law and standards.”

The policy of administrative detention, which Israel has reportedly defended as necessary to prevent attacks, has also been criticized by several Israeli lawmakers, who have denounced it as “draconian.”

“Israel should be ashamed of the draconian regime of administrative detentions, which is unparalleled in any democracy,” Aida Touma-Suliman, a member of the Arab Joint List party, said, according to a report by Haaretz, an Israeli newspaper.