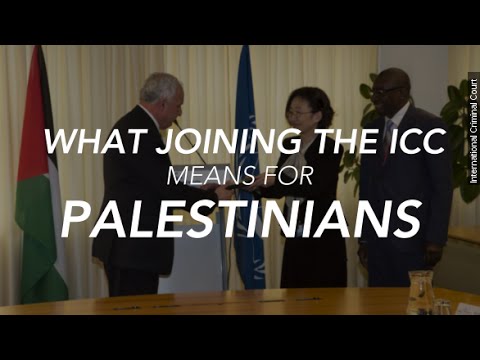 With Benjamin Netanyahu’s victory, the Israeli electorate made it very clear that they don’t seek a just peace or equality.

They voted in 78 Knesset members opposed to the two-state solution, a clear majority, endorsing further colonial expansion in the occupied Palestinian territories and a culture of discrimination within Israel.

Much of the political and media attention is focused on Netanyahu’s coalition-building, his back-peddling on opposition to a Palestinian state and apology for racist remarks about the Palestinian citizens of Israel.

But a key question remains unanswered: what should the Palestinians do now to realize self-determination, end Israeli occupation, and secure the rights of refugees and equality for the Palestinian citizens of Israel?

One thing is clear: the current rules governing the search for peace, which have been in place since the first Oslo Accord in 1993, must be fundamentally questioned and a new framework adopted.

Palestinians throughout the occupied territories–those under a decade-long siege in Gaza, and losing land, water and homes in the West Bank and East Jerusalem–and those suffering in refugee camps in Lebanon, Syria and elsewhere, are at the end of their tether. Analysts warn that both Gaza and Jerusalem are at a boiling point, and the West Bank is not far behind.

It is more than time to address the root causes of the conflict. Here are six steps to consider.

First, the current Palestinian leadership should admit clearly and explicitly to the Palestinian people and the international community, that the two-state solution is no longer viable, effectively agreeing with Netanyahu.

The two-state solution as dictated by the Oslo Accords died a long time ago; this is sufficiently proven by the expansion of the Jewish settlements and colonies in the occupied West Bank, the Apartheid Wall and the absence of any Palestinian sovereignty or control after more than two decades of Oslo.

They should then work in partnership with civil society, think tanks, and pollsters to conduct a referendum of the Palestinian nation as a whole, soliciting their views on the proposed solution to the conflict, the right of return and modes of resistance. This should cover all 12 million Palestinians in the occupied territories, in Israel, and in the wider diaspora.

There has never been such a referendum, and it would provide a basis for political action based on a popular mandate. It would constitute a milestone in that the power of the people would lead the next phase, instead of a political system in thrall to patronage politics and personalized styles of governance.

The Palestinian leadership may argue that it has already scored major successes in seeking recognition within the international community of a Palestinian state on the 1967 borders. However, this state remains a myth, not reality.

Second, the Palestinian leadership should pursue membership in the International Criminal Court (ICC) primarily as a strategic choice to hold Israel accountable for war crimes, rather than as a card for political maneuvering. A candid engagement with the ICC will be crucial to any future investigation and to ensure justice.

However, the Palestinian Authority leadership should not be left alone to deal with “ICC business” — their track record is not promising.

Palestinian civil society and legal experts should take the lead, rather than just acting as appointees by presidential decree to witness the process with very little influence. Their participation needs to include power and authority to be meaningful.

Third, there is an urgent need to reconfigure the duties of the Palestinian Authority (PA), in particular its security forces, and start a process of dismantling the socio-economic and political structures created under the Oslo Accords, which put in place a corrupting structure that serves the elite.

The Palestinian people will not be satisfied by the rhetorical announcements of an effectively defunct body (the Palestine Liberation Organization) that security collaboration with Israel will stop. They want to see the difference on the ground and to feel that the Palestinian security forces are there to protect them, and not to serve as a subcontractor to the Israeli occupation, or as a tool of repression by the increasingly authoritarian PA.

There is an urgent need to address the breakdown of trust between the Palestinian people and the politicians. Back in 2010, Ma’an News Agency polled 23,480 participants online, revealing that 95.5 percent believed politicians lie.

Today the situation is, if anything, worse. A refugee from Balata camp in the occupied West Bank told me, “I truly wish to see this authority clean and without corruption, but this will never happen even if a saint replaces the PA’s prime minister or president.”

Fourth, the impasse in Gaza’s reconstruction should force Hamas and Fatah to collaborate in order to bridge the Palestinian divide.

Unfortunately this is very far from the case. The overall framework for Gaza reconstruction should be restructured and the UN mechanism should be completely dismissed, along with the prescriptions of international donors.

Palestinian civil society should take the lead in launching an independent, well-respected national technical committee to supervise the process and hold the different actors accountable. Aid Watch Palestine is an example of a grassroots civil society initiative that will bring much-needed accountability to the aid industry and Gaza reconstruction.

Fifth, the current Palestinian leadership should issue “letters of warning” to the Quartet, the European Union, and the US to put them on notice; if they remain complicit in sustaining the Israeli military occupation and fail to take serious measures to end it, then they should shut down their operations and leave the region.

Veteran diplomat Afif Safieh argues that this should be possible within six days to take serious measures to end the Israeli occupation, but to give it a year instead. This may sound suicidal, unfeasible and irrational to some; others may argue that this would cause economic and political harm.

However, such a move would fundamentally shake the Oslo Accords’ structure and expose the fragility of the donor community. It would also clarify that aid-driven economic approaches to solve political problems are not the way forward, and that “peace dividends” are a mirage.

Although this might be costly in the short term, it is crucial to create new realities that are based first and foremost on the right of the Palestinian people to their own self-determination.

Finally, many Palestinians, particularly the younger generations, consider the Boycott, Divestment, and Sanction (BDS) movement a major source of hope. But the current leadership views the BDS movement differently, as contradictory to the core of the PA and its very existence, which is based on collaborating with the occupier/colonizer.

The Palestinian leadership must recognize that the PA framework has been dead a long time. Different frameworks are needed, and that the BDS movement is one of the main elements in an overall Palestinian strategy for liberation and rights.

This selective set of actions is driven by the urgency of the present situation. Although they appear to give legitimacy to the unaccountable, unrepresentative and authoritarian current Palestinian leadership, they will create new realities that, even in the short term, will create new dynamics.

Such actions will change the rules of the game and should pave the way for a new Palestinian leadership with a different political program, strategy and vision. A new leadership that fundamentally recreates the Palestinian political system and mode of governance will be the leadership to end the Israeli occupation of Palestinian land and secure the rights of Palestinians both in Palestine and in exile.

Alaa Tartir is a Palestinian writer and researcher who is working on a PhD at the London School of Economics. He is also the program director of Al-Shabaka: The Palestinian Policy Network.

Newsy World: “What Palestinians Stand To Gain From Joining The ICC”