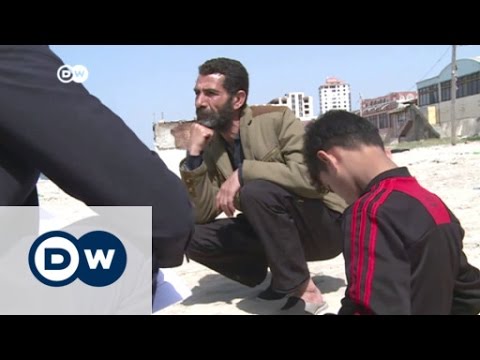 UN agency for Palestinian refugees UNRWA has only received funding to reconstruct 200 of the 9,061 houses destroyed in Gaza, said a report released on Thursday.

While some 60,000 Palestine refugee families have been able to complete the repair of their damaged homes with assistance provided through UNRWA, the majority of funding pledged by the international community for reconstruction following the most recent war in Gaza has not materialized, similar to promises made after previous wars.

According to Ma’an News Agency, UNWRA said that the Gaza Reconstruction Mechanism, a temporary agreement between the governments of Israel and Palestine concluded in September 2014, allows the entry of building materials for repair, but the process for rebuilding totally destroyed homes remains yet to be agreed upon.

While import of construction material is banned by Israel but possible for UN-led projects following a lengthy approval procedure since 2010, the UNRWA shelter self-help program is completely reliant on the GRM, limiting the range of reconstruction possible.

Limitation on shipments of building materials also continue, with Israeli authorities adding restrictions on wood shipments to the Gaza Strip earlier this week.

A COGAT official told Ma’an that the decision came as a response to wood having allegedly been used to reinforce the “terror infrastructure” within the Gaza Strip.

In response, COGAT Coordinator Maj.-Gen. Yoav Mordechai “decided in consultation with security authorities that the transfer of certain wooden planks into the Gaza Strip will be allowed with a specific permit to be issued by the Coordination and Liaison Administration to the Gaza Strip.”

At current rates it would take up to 100 years to rebuild homes, schools and other damaged infrastructure, OXFAM reported in February.

The process to repair Gaza from three consecutive wars is further complicated by difficulties that have arrived alongside Palestinian factions efforts to create a unity government.

Hamas accused the Palestinian Authority in February of interfering with money earmarked for the reconstruction of the Gaza Strip.

In late March, however, Prime Minister Rami Hamdallah stressed the necessity of national reconciliation in regards to Gaza during his second visit to the coastal enclave since the formation of a national unity government between Fatah and Hamas in June, saying that the Palestinian government “will not accept separating or isolating Gaza.”

A recent poll by the Palestinian Center for Policy and Survey Research reported that 44% of Palestinians want the reconciliation government to be in charge of the reconstruction of the Gaza Strip and 30% want it placed in the hands of Hamas.

The United Nations and other agencies have warned that failure to rehabilitate Gaza will lead to further conflict in the near future, and have urged Israel to lift its eight-year blockade of the enclave.