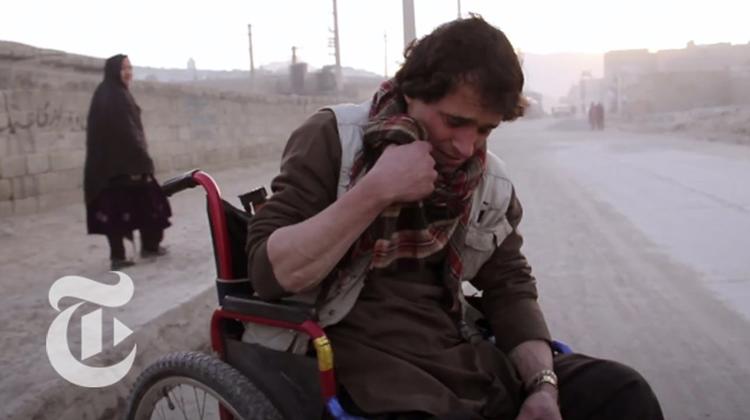 War is largely a seasonal activity in Afghanistan. Winters are harsh and fighters need to work fields and tend herds. With spring, another fighting season is underway. This year will be different from its many predecessors. US ground troops are no longer engaged in large numbers; the Afghan National Army is assuming the burden of combat; war-weariness is plain on all sides.

Eyes are on the Afghan army and the Taliban. Attrition may take its toll this year, perhaps leading to meaningful peace talks. However, attention will also be on the Islamic State of Iraq and the Levant and on less-than-secure supply lines through Pakistan and Russia.

Over the last three years ground operations have shifted from US and ISAF troops to Afghan forces. Reflecting the country’s heterogeneous population, the ANA faces deep ethnic tensions and the shifting ascendance of one ethnic group.

Following the Taliban’s fall in 2001, the victorious Northern Alliance, comprising mostly Tajiks, Uzbeks, and Hazaras, predominated in both the officer corps and the enlisted ranks of the newly-forming army. A few years into his presidency, Hamid Karzai began to place fellow Pashtuns in key positions, including the defense minister, intelligence head, and dozens of battalion commanders. Pashtuns presided over the enlisted ranks, which remained disproportionately northern.

Tensions were not eased when the most recent election witnessed claims of fraud by northern and southern peoples alike. The resulting power-sharing agreement between the Pashtun Ashraf Ghani and the Tajik Abdullah Abdullah is fragile.

The ANA performed better than expected in 2014. Ethnic tensions were held in check, despite several incidents of Pashtun soldiers turning their weapons on their own side, usually northerners. The ANA is not tasked with defeating the Taliban in decisive engagements, or to win over Taliban-dominated districts through counterinsurgency. It is expected only to hold most of the south and east and to wear down the Taliban until it seeks a negotiated settlement. The ANA’s substantial numerical advantage will help immensely, especially in what has become in recent years a war of attrition.

The Taliban showed the ability to mass troops, undetected, and assault ANA outposts. Most ANA positions held. Those that didn’t were usually retaken in a few days. Key to the ANA’s fortunes has been the continued presence of US airpower. Of limited usefulness against insurgents, indeed often counterproductive owing to collateral damage, airpower is more useful in this stage of the conflict. The Taliban are massing troops, assaulting ANA positions, and seeking to hold them. This makes them vulnerable – highly so – to airpower.

The tandem of even reasonably effective ground troops and US airpower will be tested not only with the ANA in Afghanistan, but also with the Iraqi army and Kurdish peshmergas in Iraq. Indeed, the tandem will likely be the template of the US effort against Islamist militancy in many parts of the world.

Taliban fighters are said to be war-weary and looking for a settlement. The war has lasted four years longer than the Russian one did, and the modest results of the 2014 fighting season will not inspire confidence of imminent victory.

The close of the Russian War may be instructive. As Russian troops withdrew from provinces, mujahideen bands suffered large-scale desertions. After all, the fighters were trying to rid their districts and valleys of foreign troops, and having succeeded, they went home. Weakened and competing commanders negotiated pacts with the Kabul government. Stability was in the offing. But the Soviet Union collapsed, its subsides to Kabul vanished, and Afghanistan fell into chaos.

US ground troops are gone. Taliban fighters may opt not to rejoin their old leaders, and tribal elders may prefer to keep their young men at home instead of sending levies to the Taliban. A few provinces have seen tribes form their own militias to battle the Taliban and government forces alike. Local Taliban commanders may, like like their mujahideen predecessors, negotiate local truces, which if numerous enough, could weaken the 2015 offensive.

However, though US ground forces are gone, special forces operations continue and US air power remains. Their presence will be seen for months and years to come. Further, US development programs are continuing in many provinces and districts. Hence the American footprint will be much larger than Russia’s was after 1989, leaving many fighters with a sense of work remaining.

Taliban spirits may be lifted by recent successes in the north. Since its ascendance in the mid-nineties, the movement has been a Pashtun phenomenon based in the south and east. In recent years, it has established a presence in Kunduz province in the north-central part of the country, where Pashtuns were settled by nineteenth-century kings. Kunduz is of distinct importance as supply routes from Baltic ports run though it and as oil and gas fields are being developed.

The Taliban have been successful in using bases in Kunduz to strike in adjacent provinces. In one such operation, a 200-man group recently overran a garrison in Badahkshan province. The Taliban have little chance of controlling more provinces in the north. However, Taliban operations will bring concern to northern troops fighting in the south and perhaps require the ANA to allocate more units to the north.

The rise of Daesh or the so-called “Islamic State in Syria and Iraq” (ISIL or ISIS) has won it the allegiance of scores of individuals and a few established fundamentalist groups in Africa and the Middle East. ISIL seeks to establish itself as the leader of the fundamentalist vigilante movement among radical Muslims.

In recent months ISIL has reached into Afghanistan. A local Taliban commander announced his allegiance to ISIL and sought to recruit fighters, until he was killed in a drone strike last February. On April 18, ISIL claimed responsibility, at least initially, for explosions in the eastern city of Jalalabad.

Though ISIL has captured the imaginations of militants and potential ones in many parts of the world, it will not find Afghanistan welcoming. Most Afghans live in remote, poor villages and are interested in local matters far more than in global ones. The idea of establishing a caliphate is hardly even comprehensible.

The Taliban organizational command is split between those seeking to reestablish control over Afghanistan and those with grander international aims. Older commanders are thought to hold the more limited outlook but as their numbers are reduced in fighting, they are being replaced by younger leaders more disposed to internationalism. In either case, however, loyalty is with the Taliban shura and its leader Mullah Omar. Taliban fighters have skirmished with ISIL recruits and will continue to do so.

ISIL may have better success with the miscellany of jihadi groups ensconced in eastern Afghanistan and the tribal region of Pakistan. These groups include al Qaeda, Lashkar-e-Taiba, and Jaish-e-Muhammed which are international in both personnel and outlook. Here too, however, ISIL will run afoul of preexisting organizations. Lashkar-e-Taiba and Jaish-e-Muhammed are tied to the Pakistani military, which is focused on Kashmir, India, and Afghanistan; al Qaeda is of course competing with ISIL for preeminence in the global movement of fundamentalist militants. Neither the Pakistani army nor al Qaeda – two groups with at least some cooperation – will accede to ISIL recruitment.

Pakistan has interrupted supply lines at least twice over the years, eventually relenting to US pressure. China’s recent investment deal with Pakistan will make Pakistan feel less dependent on the US and more able to exert pressure on US supply lines.

The Baltic route runs through large parts of Russia before entering Uzbekistan, which is heavily influenced by Russia. Vladimir Putin is deeply committed to reasserting his country’s respect in the world and may warn Washington by closing the northern route, if only briefly. Ongoing events in Ukraine and Syria may provide him the rationale. However, he is not likely to want the Taliban and its ideology to spread north to countries along Russia’s Islamic periphery.

Injured and Abandoned in Afghanistan | The New York Times