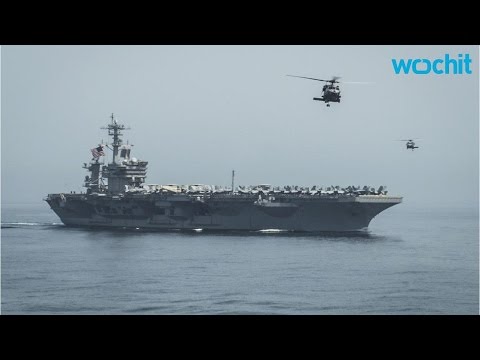 A 2014 al-Monitor headline declared “Yemen’s Houthis Proxy, not Ally for Iran” but then neglected to explain the difference. It is certainly unlikely that the Iranian-Houthi relationship is as strong as the U.S.-Israel or U.S.-Saudi relationship. Why then are the Houthis Iranian proxies but Israel and Saudi Arabia just allies of America? While this may seem like a simple question of semantics whose answer requires little more than a dictionary, the use of the term proxy varies widely and more often than not departs from the strict meaning of the word. In what way is a proxy different from an ally that receives support and, in exchange, attempts to craft policies that will not anger its patron?

According to the Merriam-Webster Dictionary, a proxy is “the agency, function, or office of a deputy who acts as a substitute for another.” This strict definition would include only a limited number of puppet governments and organizations: for example, Soviet-controlled states like the Polish People’s Republic during Stalin’s reign. That’s because it is extremely uncommon for any political entity to forfeit its own agency and function exclusively and in all spheres on behalf of another power. Even when a proxy (henceforth proxy refers to the term as it is used in the media and politics) is dependent on a principal to provide it with guns and cash, it usually will not completely neglect its own interests. Instead the principal and proxy perform a balancing act (or a negotiation of power) that incorporates calculations of political, military, and economic needs and abilities, the degree to which the two entities’ interests conflict, and possible alternative arrangements. Based on this imprecise formula, each actor will determine the extent to which it demands obedience or accepts submission in exchange for support. Much like the relationship between allies, the principal-proxy relationship spans a broad spectrum. The metric for measuring where a relationship falls on that spectrum depends on the locus of decision-making, which can be determined by examining the degree to which the proxy is able to make decisions that conflict with the interests of the principle.

So what are some of the relationships that meet this definition?

Although the trend has certainly diminished in recent years, Hamas has long been called an Iranian proxy as the organization has received Iranian funding, arms, and training since the 1980s. The peak of the organization’s funding from Iran, in 1995-1996, was estimated to be at least $25-50 million. More recently, since the summer of 2014, Iran has sent tens of millions of dollars Hamas for both the reconstruction of its tunnel network (largely destroyed in its military confrontation with Israel last summer) and “replenishing their depleted stocks of medium-range missiles.”

Despite Tehran’s largesse, Hamas has indicated on numerous occasions that it is not prepared to completely abandon its interests as a Sunni Palestinian Islamist organization in favor of Iranian interests. The first indication that Hamas was not ready to tow the Ayatollahs’ line came from Hamas’s awkward silence in response to the execution of Saddam Hussein, a champion of the Palestinian cause and an arch-nemesis of the Islamic Republic of Iran. More recently, in 2012, the Hamas leadership and their Iranian patrons butted heads over the conflict in Syria. Hamas’s political bureau, which used to be based in Damascus, left Assad’s Syria because it supported the revolt against the regime despite the fact that keeping Assad in power is a core interest of its Iranian patrons. This caused a temporary stoppage in Iranian funding and Hamas reaffirmed its distance from Tehran when it declared it would not get involved in any Israel-Iran war (a reversal of an earlier declaration). In response to the worsening of ties between Iran and Hamas, many dropped the claim that Hamas was an Iranian proxy.

Several questions arise from this shift in discourse regarding the Iran-Hamas connection. Was Hamas a proxy and then ceased to be one? Or was it assumed to be one until it proved otherwise? If it ceased to be one, was this because Hamas demonstrated its clear ability to make decisions conflicting with Tehran’s interests or because Iran determined they had crossed a certain line and stopped sending money and arms?

Hezbollah, on the other hand, comes much closer to fitting the dictionary definition of a proxy force and is sometimes referred to “Iran’s primary proxy.” The Lebanese Shia movement receives economic, military, and organizational support from Iran. According to a U.S. intelligence report from 2010, Iran was spending between $100-200 million annually on Hezbollah. In fact, the organization is so financially dependent on Iran that sanctions against Iran and plummeting oil prices have caused Hezbollah serious economic distress. Yet, continued Iranian attempts to arm Hezbollah with advanced weapons and the hopes that when Iran’s fortunes improve it will revert to its generous funding policies give Sheikh Hassan Nasrallah strong incentive to stay obedient to his friends in Tehran.

In exchange for its support, Iran is largely responsible for setting Hezbollah’s transnational agenda, including its attacks on American targets. At times, the Iranians have gone so far as to directly interfere with Hezbollah’s internal decision making process, and any sort of confrontation is unlikely because the Lebanese militia complies with demands from Tehran. The extent to which Hezbollah relies on Iran has thus far translated into extreme obedience and is attributable to a number of factors including religious/ideological affinities (both are Twelver Shia in a Sunni-dominated Muslim world) and the fact that the massive amounts of money and arms Iran provides has both nurtured dependence and cannot be rivaled by other potential allies.

While much less is known about the relationship between Yemen’s Houthis and the Iranian government, that hasn’t prevented U.S. officials from classifying the movement as an Iranian proxy. The U.S. has strong suspicions that the Iranians have armed the Houthis, but it seems that Iran’s most important contribution to the Yemeni movements has been “capacity building.” However, this is hardly enough to make them dependent on the Iranians (despite ideological/religious affinities), and a 2015 Chatham House report notes that though the Houthis have “some support from Iran, this is not the same as taking orders from it.”

A look back in history confirms that the loose application of the term “proxy war” is not a modern phenomenon. The Vietnam War, widely referred to as a proxy war primarily between the United States and the Soviet Union, is a clear example of support being conflated with control. In James G. Hershberg’s The Cold War in Asia, a Vietnamese journalist is recorded as saying to Soviet journalist M. Ilyinsky of Izvestia that the Soviet share in material assistance to Vietnam was 75-80 percent of the total while its share in political influence was between 4 to 8 percent. While Ilyinsky agreed with the estimate regarding Soviet political influence in Vietnam, he noted that the material assistance may have been exaggerated by 15-20 percent. Supposed proxies rarely if ever defer all decision making to outside forces, but such minimal influence (along with continuous actions indicating Vietnamese distrust of the Soviets) indicate that the assumed proportionality between mat erial support and political leverage is not always a reality.

Defined by the Oxford English Dictionary as “A war instigated by a major power which does not itself become involved,” proxy war is not is not an appropriate description of the U.S. policy towards Vietnam of the 1970s nor Saudi Arabia’s actions in Yemen of 2015. To my mind, the extensive bombing campaigns both countries conducted constitute “involvement.” The classification of so many contemporary conflicts in the Middle East as proxy wars becomes even more dubious when one considers the question of instigation— is it the regional/global powers that are dragging the local forces into conflict or the reverse? According to a 2012 intelligence briefing on Syria from the Soufan Group, “local ethnic, tribal, and religious interests are now driving events that might very well force the hand of the reluctant larger powers (even as these larger powers continue to add heavy weapons, to include anti-aircraft missiles, into the hands of increasingly independent proxies).” Likewise, the 2015 Chatham House report on Yemen explains, the “primary drivers of tension and conflict in Yemen are local.”

While poring over the mountains of articles about proxies in the Middle East, it becomes apparent that the term proxy is not technical, despite its specific definition, but vaguely indicates a wide possibility of relationships between two forces. Its negative connotation is betrayed by the fact that only in far-left leaning periodicals like Counterpunch and Electronic Intifada will one find claims that the United States is using proxy forces in the Middle East. In the mainstream media, the focus is on Iranian proxies, and, to a lesser extent, those of the Saudis. In essence, the term betrays more about what the user thinks about the allied countries than the contours of the relationship between them.