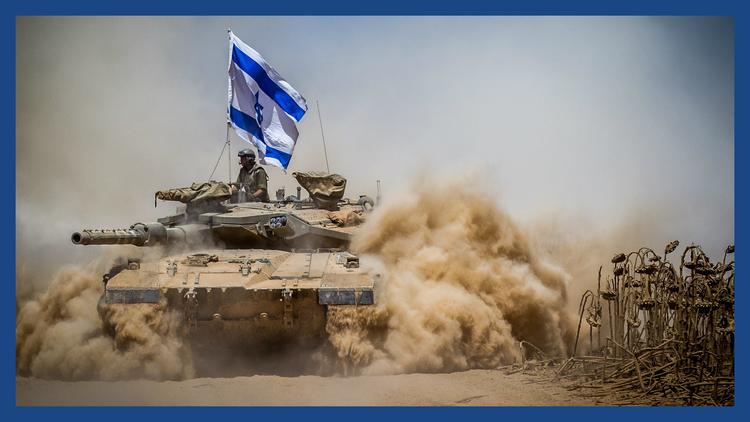 BETHLEHEM (Ma’an) — Testimonies from over 60 Israeli soldiers and officers who fought during last summer’s war in the Gaza Strip were released to the public Monday, raising serious concerns over whether Israel’s military adhered to the most basic principles of International Humanitarian Law.

The testimonies — collected by Israeli military watchdog Breaking the Silence — tell accounts of indiscriminate fire in civilian areas, orders to regard every individual inside of Gaza as a “threat,” and the shelling of buildings in revenge without any military objective.

Many soldiers testified that they received orders to “shoot to kill” every person on sight, the group said, while others reported being ordered to shoot from the ground and air in order to”demonstrate presence” in a given area of military activity.

“From the testimonies given by the officers and soldiers, a troubling picture arises of a policy of indiscriminate fire that led to the deaths of innocent civilians,” Director of Breaking the Silence, Yuli Novak, said.

“We learn from the testimonies that there is a broad ethical failure in the IDF’s rules of engagement, and that this failure comes from the top of the chain of command, and is not merely the result of outlying incidents.”

A London-based NGO reported last month that Israel’s military launched a record 19,000 high-explosive artillery shells in the Gaza war, representing a 533 percent increase in the use of artillery explosives compared to Operation Cast Lead, and averaging around 680 shells each day of the conflict.

In addition to the frequency and quantity of use, safety zones to limit the damage of artillery shells were woefully lacking, and in some testimonies it is clear that deadly explosives were used as a form of revenge.

In one incident, a staff Sergeant in the Armored Corps ordered his soldiers to”fire like they do at funerals, but with shells and at houses,” following the death of a fellow commander.

“It wasn’t [firing] in the air,” the soldier said in the interview, “You just chose [where to fire]. The tank commander said, ‘Choose the house that’s furthest away, it will hurt them the most.’ It was a type of revenge.”

While military activities were to take place in areas cleared of civilians, the testimonies showed that Israeli soldiers were given misleading information throughout the 50-day offensive, frequently entering areas in which innocent civilians, and sometimes even entire families, remained, the report said.

Israeli soldiers were also ordered to assume that civilians on the ground were “scouts” for Palestinian militant groups and should be killed on the spot, regardless of evidence that the individuals were aiding militant groups.

“Anything inside [the Gaza Strip] is a threat, the area has to be ‘sterilized,’ empty of people – and if we don’t see someone waving a white flag, screaming “I give up” or something – then he is a threat and there is authorization to open fire,” a Staff Sergeant based in the Deir al-Balah area said.

‘If you shoot someone in Gaza it’s cool, no big deal’

The failure to distinguish between civilians and combatants was a recurring theme in the testimonies of soldiers, with Breaking the Silence stating that a “very disconcerting picture” arises from the way Israeli soldiers were instructed to operate during combat.

“The idea was, if you spot something – shoot. They told us: ‘There aren’t supposed to be any civilians there. If you spot someone, shoot.’ Whether it posed a threat or not wasn’t a question, and that makes sense to me. If you shoot someone in Gaza it’s cool, no big deal. First of all, because it’s Gaza, and second, because that’s warfare,” a soldier in an infantry unit in northern Gaza said.

A Staff Sergeant based in northern Gaza during the conflict said that the working assumption relayed by their commander was that anyone located in areas where the Israeli military was operating was not to be considered a civilian.

“Anything you see in the neighborhoods you’re in, anything within a reasonable distance, say between zero and 200 meters – is dead on the spot. No authorization needed.

Every place you took over, anything you ‘sterilized,’ anything within a range of zero to 200 meters, 300 meters –that’s supposed to be a ‘sterilized’ area, from our perspective.”

Director of Breaking the Silence, Yuli Novak, said the group has called for the establishment of an external investigative committee to look into the policy behind the rules of engagement issued during the military operation and the “norms and values” that form the base of that policy.

The devastating testimonies provide further evidence to support claims that Israel committed war crimes during its military operation in Gaza, a charge made by Amnesty International, as well as other rights groups, last year.

A report by Amnesty in December pointed to the destruction of four multi-story buildings during the last four days of the 50-day war, which it said was “carried out deliberately and with no military justification.”

Months earlier, Human Rights Watch said in a statement that in three cases it examined, Israel caused “numerous civilian casualties in violation of the laws of war.”

The incidents were the separate shellings of two UN schools in northern Gaza on July 24 and 30, and a guided missile strike on another UN school in the southern city of Rafah on August 3.

“Unlawful attacks carried out willfully — that is, deliberately or recklessly — are war crimes,”

Last summer’s war between Israeli forces and Palestinian militant groups in Gaza left 2,200 Palestinians dead, mostly civilians, as well as 73 Israelis, 66 of which were soldiers killed in combat.

The Guardian: ” Israel Gaza conflict: ‘Most of our shooting was random… we didn’t think about civilian casualties'”